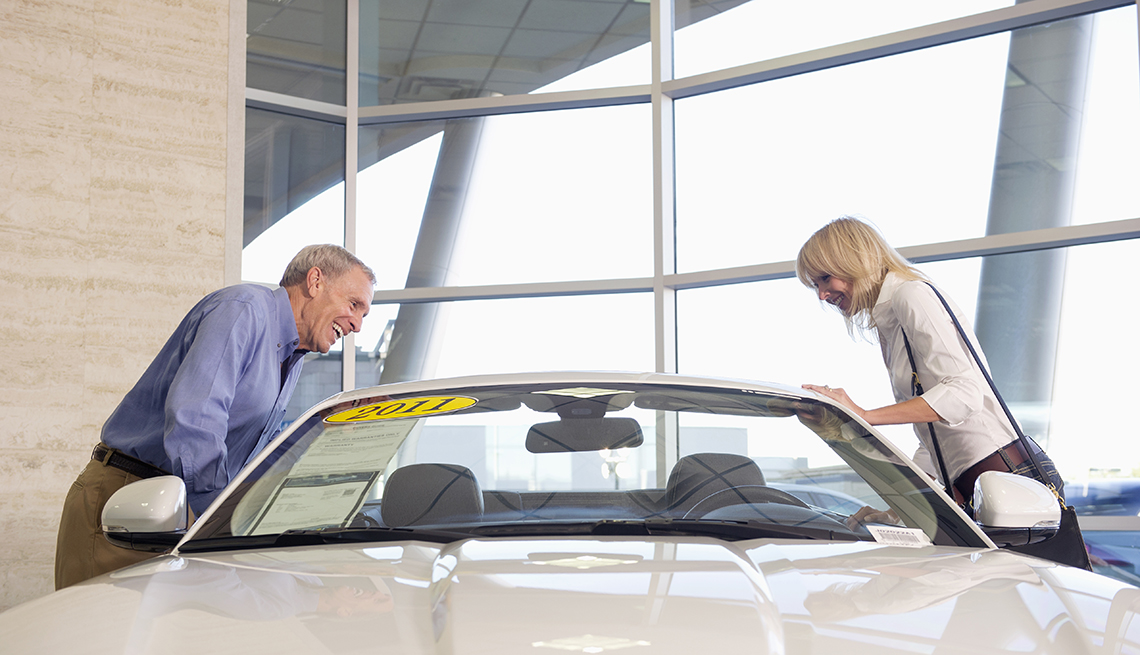 En español | Shopping for a new car, but suffering from a case of sticker shock? You're not alone. According to Kelley Blue Book data, new cars cost more than ever: On average they're going for $36,590 — almost a 3 percent increase from last year. Those higher prices may be helping to fuel another trend: more used car sales.

Sales of used vehicles have increased over the past five years, according to Automotive News. It may be that more people are realizing they don't need to buy new to get a really great car, says Matt Smith, senior editor at CarGurus.com — especially considering how long today's vehicles last.

A lower price is the biggest upside of buying pre-owned, but there are other benefits — as well as a few downsides.

A few things to consider when trying to decide between used and new:

This is a major used-car advantage: No matter the make or model, the value of your shiny new car depreciates the moment you drive it off the lot, and may be worth nearly a third less by the end of the first year. “A new car can lose up to 50 percent of its value within three years,” Smith says.

For the price of a base-level new model, you can buy a higher-end pre-owned version of the same car, says Smith: “You'll also pay less in insurance and maybe even registration, depending on where you live.” Bottom line? You get more car for your money when you buy used.

In the past, new cars had an edge when it came to reliability, because it was hard to know whether that gussied up pre-owned vehicle on the lot was a lemon in disguise. But now, thanks to online services such as Carfax and AutoCheck, you can type in the vehicle identification number (VIN) and, for a fee, get its thorough history, including routine service; whether the car had been damaged in an accident, flood or fire; previous owners; and whether the vehicle had ever been stolen and recovered. It costs around $40 for one report, but some dealers will run the VIN check for you.

A VIN check will show you only incidents and accidents that have been reported, however. So you should still have the car inspected by an independent dealer you trust. “If a dealership won't allow that, feel empowered to walk away,” Smith says. Get a newer and safer vehicle while saving money

New cars get points in this category because they automatically come with warranty and maintenance packages. But these days most manufacturers offer certified pre-owned (CPO) programs with extended warranties on fully inspected used vehicles. CPO cars also may come with other benefits, such as 24-hour roadside assistance, Smith says. But you will pay more for those perks, so a CPO vehicle is going to be more expensive than one that's not certified.

CPO programs typically cover only vehicles with relatively low mileage (less than 85,000). When you buy a vehicle with more miles or purchase from an individual owner, you won't get any warranty or service options. You can at least research the vehicle's reliability ratings on sites such as Consumer Reports and Edmunds.

Dealers are required to meet reasonable quality standards in the cars they sell — certified or not — through what is legally known as an “implied warranty.” Just beware of the words “as is,” which a dealer can use to eliminate an implied warranty.

Take the AARP Smart Driver course online or find a course near you.

The good news for pretty much all car buyers is that unless you're purchasing a real oldie, any vehicle you get, used or new, will have the bare-bones basics like airbags and antilock brakes. But note that the past several years have brought an explosion of high-tech features to help drivers stay safe and avoid crashes, including backup cameras, forward collision warning, automatic emergency braking system, pedestrian detection, lane departure warning, adaptive cruise control and more. That's valuable stuff.

"Each year automakers come out with something new that does wonders for keeping people safe on the road,” says Smith, so “if you want the latest and greatest safety features, you're best served buying new or a recent model year.” That said, not everyone wants a car that's packed with all sorts of high-tech features, he adds: “There are plenty of buyers who look at touch screen displays and voice-activated controls and say, ‘I don't want all those distractions.’ “

The one relatively new feature Smith finds everyone appreciates: a backup camera — a safety feature that the National Highway Traffic Safety Administration made mandatory in May 2018 for all new cars sold in the U.S. This is also the one safety feature that is relatively easy to install aftermarket. You can find an array of models at Amazon or Walmart for about $150.

In any given year, there are 250 to 350 vehicle makes and models available on the new car market. That number is exponentially higher when you start shopping pre-owned.

The choices may seem overwhelming, but websites such as CarGurus.com and Cars.com can help. They have “research” tabs on the home page allowing you to access reams of data, including pricing, independent and user reviews, vehicle comparisons, photos, and pretty much all the information you need to make an informed buying decision — as well as links for places to actually buy the car you choose.