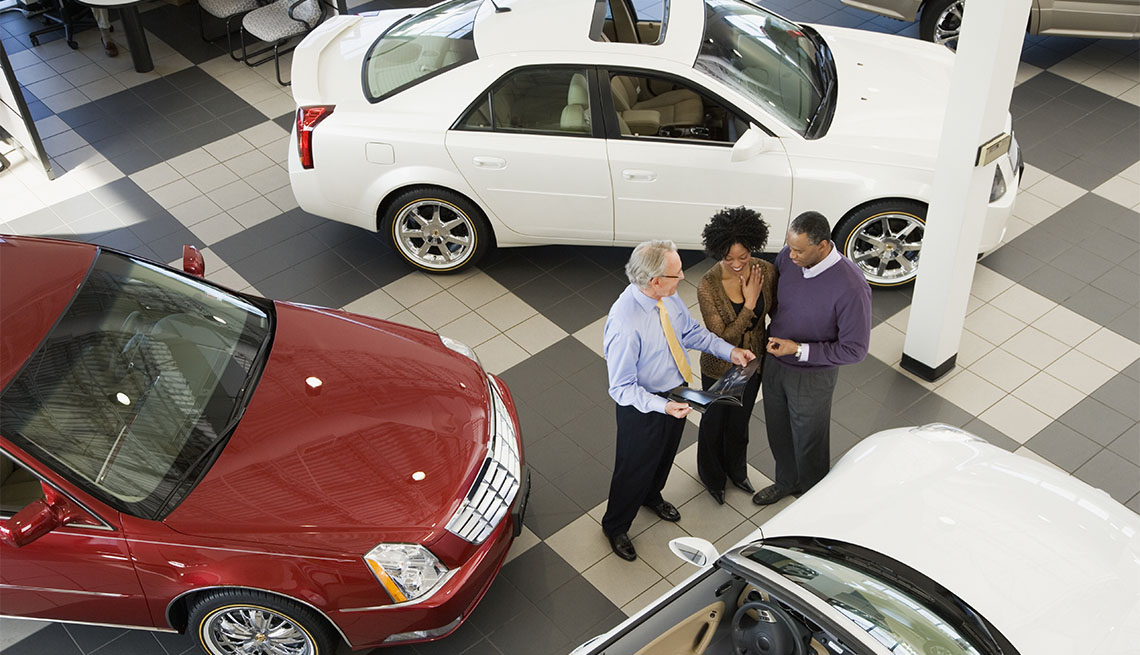 En español | The best time to buy a car is when you don't need it.

If you really need a new car — yours died for the 10th time and you're not paying a penny more for repairs — you won't have the time and the patience to get the best deal.

"Car buying can be stressful, and it can take more than a month to go from deciding what to buy to actually closing the deal. Why add to that pressure by trying to squeeze your shopping into a certain day of the week or a holiday weekend when everyone has the same idea?” Ronald Montoya, senior consumer advice editor, writes on auto-research website Edmunds.com.

Overall, “Edmunds data indicates that December's year-end sales events will give you a ‘perfect storm’ of savings,” he says.

And buyers often agree. The month with highest sales for four of the past 10 years has been December, the only month to appear in the top spot so frequently, according to federal Bureau of Economic Analysis vehicle sales figures.

Totaling the past five years from 2014 to 2018, September, October, November and December had the highest monthly sales — in that order.

Go for the unexpected

You can leverage the end-of-year sales tactics if you “go against the grain. Wait until the weather's terrible to buy a nice-weather car,” such as a convertible, says Mike Quincy, auto writer at Consumer Reports. He not only tests cars but also buys some of the cars to be tested.

He had bought 144 vehicles at the time of our October interview. Consumer Reports’ buyers don't declare their affiliation during the buying process, so they get the same pricing and the same treatment you would.

"Waiting for the right time of year to buy a car, or the right month or the right day, can help you save thousands,” says Bankrate.com, a financial advice website.

Or you can pick a perfectly fine car that nobody else seems to appreciate, such as the Chevrolet Impala, Quincy says.

Let quotas work for you

Keep in mind, too, that sometimes a deal really is red-hot right now and you should pull the trigger, advises former auto salesman Matt Jones, writing for Edmunds.com.

That's because of quotas. Automakers pay dealerships special incentives based on how many vehicles they sell in a month or a quarter or a year. You might be the buyer who puts the dealer over the quota, triggering big-enough incentives to the dealer from the automaker that the dealer could just about give you the car and still make money.

Those quota incentives aren't advertised or even discussed much outside dealerships. At best, you can figure you have a better chance to take advantage of the quota system at the end of a month, or quarter or year.

So do your research enough in advance that you could buy near the end of a month, but not at the very end.

The auto sales calendar doesn't match the regular calendar. You want to be one of the last few buyers to help a dealership hit its quota.

Consider buying on the 26th to 28th of a month, or in February, a couple of days earlier.

New car owners ranked these brands tops based on problems they reported per 100 vehicles.

Note: Original owners of 2017 model year vehicles reported the problems as of August 2019 after 90 days of ownership. Industry average was 93.

Other common advice: Buy at the end of the model year as dealerships are trying to unload last year's version for the — often hyperbolically described — “all new” next year's versions.

A company launching a truly all-new model will be pushing hard to unload the soon-to-seem-really-old previous models. If those dated machines have the features, safety ratings, power and comfort you want, and the price is a no-brainer, why not?

"That's OK if you're going to hold onto the vehicle several years,” Quincy says. The immediate depreciation from buying a year-old model will wash itself out over the time you own the car.

"You could get an awesome deal on leftover 2019 models because the 2020s are already on sale,” he says.

If the all-new model rolling into town is first of its line to have the big infotainment screen you need to see without distraction, the high-end headlights for superior night visibility or the more efficient engines, then maybe you won't be happy with the previous model.

Quincy does offer a “but.”

"It's easy to get wrapped up in the new-car technology. But new cars with unknown bells and whistles can be unreliable,” he says.

Then the question becomes this: Are the new features you want already in production and available on the automaker's other models — that way they have a track record — or are they brand-spanking-new?

Keep in mind that a model year begins and ends whenever the automaker says so if it includes only one Jan. 1, per government regulations. In other words, a 2020 vehicle could have been launched back on Jan. 2, 2019 and not be discontinued until Dec. 31, 2020. But that's unlikely because marketing wise the vehicle would seem stale by its end date.

If new safety or emissions or fuel-economy regulations go into effect in a certain model year, an automaker behind on those might wait for as long as it can to launch its new models that finally meet the rules. Or a car company that's ahead of the crowd might start its model a year earlier than usual and run ads touting up-to-date new models.

The familiar custom of starting the next model year in the fall comes from what automakers hope will be a lot of desirable eyes on their TV ads during fall football games and baseball's World Series.

In turn, TV got hooked on a “model year” for broadcasting with new programs starting in September, not just because of sports, but because television ratings surveys used to begin in September.

Be careful about grabbing somebody's fast answer to the question, “When's the best time to buy a new car?"

What car can you afford? 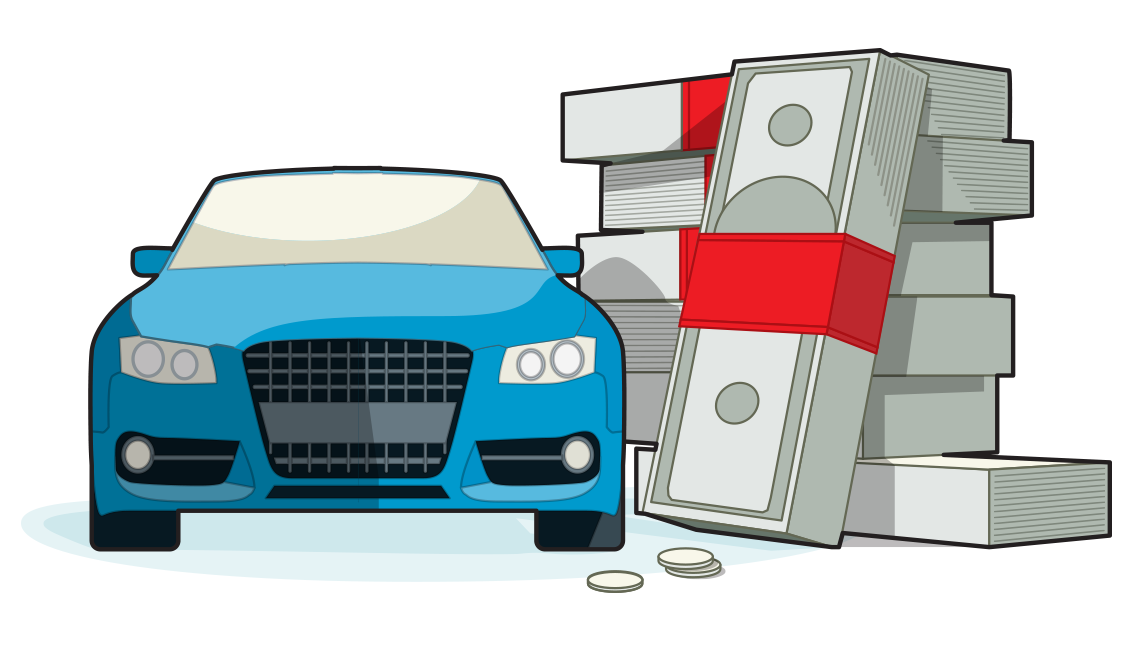 Use this worksheet to make sure your next set of wheels won't put a drag on your finances.

Aim for 1 percent to 3 percent above cost

In his experience buying cars for Consumer Reports tests, he has found it silly to hold out for the final dollar.

"My dad used to love the game of going to the dealers and haggling for the last $75 or $50. But I don't have time in my life for that,” Quincy says. “We're in a rush to get these cars and begin testing them as soon as possible. The point is your time is more valuable” than a few bucks.

But they're not. The invoice cost sheet they're likely to show you to prove what a good deal you're getting includes some additional profit, money the automaker holds back and then gives the dealer every quarter or so once the car is sold.

Holdback amounts vary — 2 percent to 3 percent is typical — and it effectively boosts that “invoice” cost the dealer might cite. Holdback varies among brands, and some luxury makers don't have holdbacks.

Even those dealers can sell for less than invoice because of automaker-to-dealer rebates, ones that aren't in the TV ads.

The simple matter of the best time to buy a car has lots of angles and conditions. But is there a guiding principle?

Yes, says Quincy: “A good deal on a lousy car is a lousy deal. Don't buy it just because it's a good deal."

How to get the best deal on a car loan