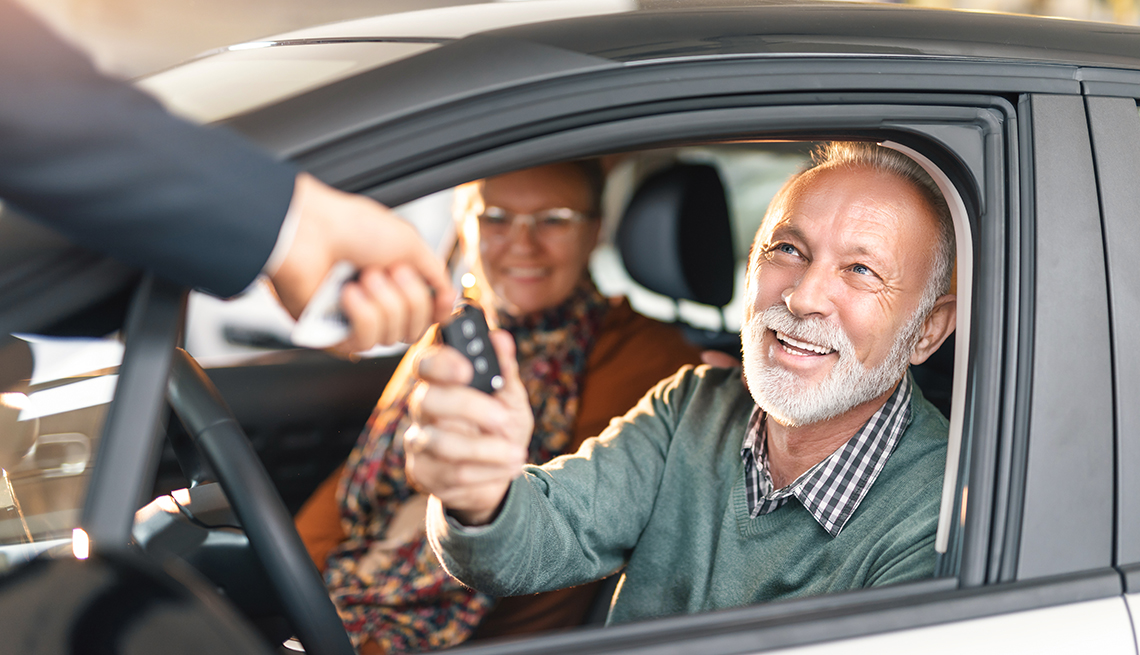 En español | A lease gives you the responsibilities of owning a car — insurance, registration fees, inspections, legal liability — but you aren't the owner. The bank or leasing company is. That arrangement doesn't appeal to everyone, but there are definitely benefits to leasing over buying a new car. For one, a lease usually offers lower monthly payments. Plus, particularly of note to older drivers, you get new technology and safety features every few years. And a lease typically is 36 months or 36,000 miles, so it matches the warranty of most cars, sparing you unexpected fix-it costs.

Even better: If it’s your first lease, you probably have a used car to trade in as part of the deal, which will cut your payments. (Just keep in mind that you won’t have that advantage when it’s time to lease again.)

In fact, the lure of leasing’s lower payments is strong enough that nearly one third — 31.3 percent — of new car transactions were leases in the first half of 2018, up from 25.7 percent during the first half of 2013, the auto-research and -shopping site Edmunds.com tells us.

Here’s a simplified example of why leasing can be so attractive, using data from carpaymentcalculator.net.

Wow. You’d need an eight-year loan to get a loan payment close to the lease’s. Yes, you’d keep the car after the loan was paid, but how long would you want to?

Here's what to consider.

Pick the right car. You're paying for depreciation in a lease, so choosing a car that holds its value lowers your lease payment. But that limits choices: How about a Toyota, or a Toyota, or a Toyota? The brand’s Tacoma midsize pickup, Tundra full-size pickup, and 4Runner SUV hold the top three slots in Kelley Blue Book’s 2018 awards for best resale value. They're worth roughly 65 to 70 percent of their new value after three years.

The data is broken into segments, so at least you can find the top dogs within, say, the sedan or minivan or SUV categories. (We used kbb.com’s depreciation forecasts in the CR-V example above.) The Jeep Wrangler and five pickups trail the three top Toyotas. The first actual car is a Subaru WRX, a high-performance sedan, at No. 10.

“Vehicles that are popular and have good resale value — SUVs, Toyotas,” are best from a financial standpoint, says Ronald Montoya, senior consumer advice editor at Edmunds.com. 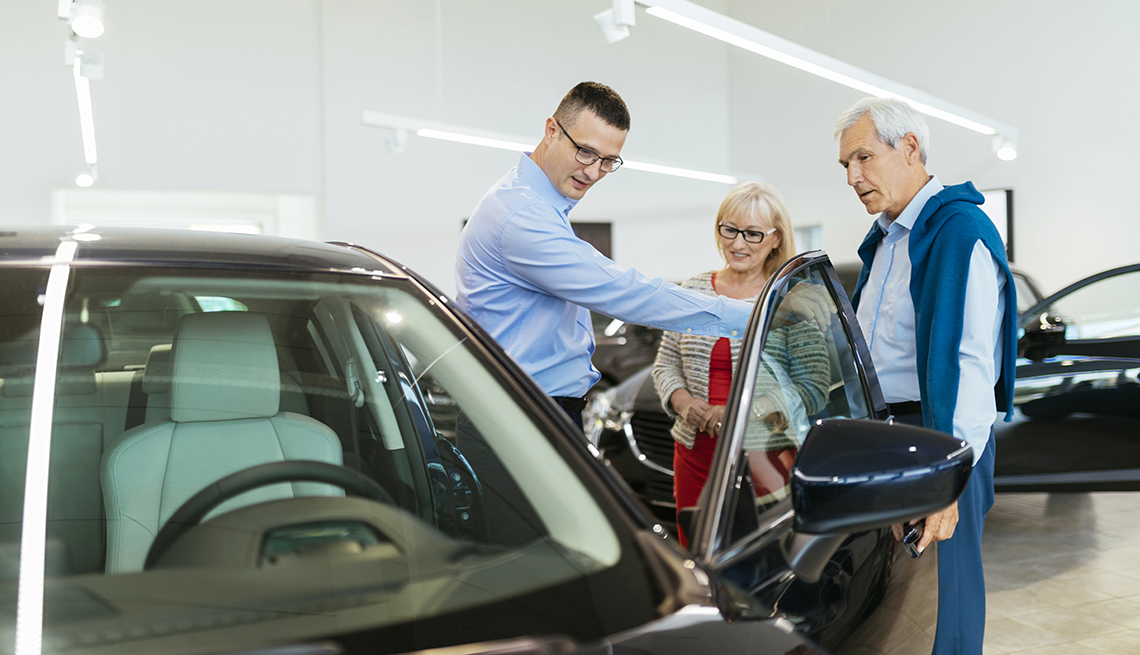 Understand the deal. Leases “have a lot of variables,” Montoya says, perhaps understating the case.

First, the price is negotiable — though, as when buying a car, expect resistance from dealers. You can see what similar new models sell for in your area by using Truecar.com, kbb.com, Edmunds.com. You also can get a purchase quote from the dealership’s internet department before you go to the showroom. It's hard for the salesperson to quibble with that.

The agreed-upon price, plus fees (sales tax and the seemingly inescapable dealer documentation or transaction fee, for instance), minus the car’s projected worth at the end of the lease, becomes the basic amount you repay. That’s the capitalized cost, or “cap cost” in lease-speak.

Manufacturers often offer lease deals that trim the price. Some involve artificially inflating the expected resale, or residual, value of the car at lease-end. That’s good now, because it lowers payments, but bad later if you want to buy the car when the lease ends, because you’d pay the inflated residual price.

Understand the “money factor." The money factor, which is the equivalent of interest, is not always stated. If it's not, ask. It’s supposed to be expressed as a small decimal, such as 0.002. You multiply that by 2,400 to get the equivalent interest rate — 4.8 percent in our example. It shouldn't be higher than interest on a new-car loan. And that 2,400 figure is always part of the calculation; it's not related to the length of the lease, says LeaseGuide.com.

Sometimes the money factor is misstated so that it seems like a cheap interest rate, perhaps as 2.0 in our example above. Adjust the 2,400 accordingly (to 2.4 in the example above) and you'll still get 4.8 percent.

Consider the length of the lease and annual mileage. Is the lease the right length for you, and does it include enough miles? Maybe you drive about 10,000 miles a year, but loved ones just moved away and now you’ll roll up twice that with your visits, triggering a mileage penalty on your 12,000-mile annual limit. Or perhaps it’s the opposite — you're not big on long road trips — and you can opt for a low-mileage lease, or even one of the two-year leases available on some models. Those have mileage caps of 15,000 to 24,000 for the two-year term.

You can put some money down for lower monthly payments. The “$0 due at signing” ads might have lured you to leasing, but you can kick in some cash to lower your payments. That’s called a “capitalized cost reduction fee.” Just don’t overdo it. “You want to have as low a down payment as possible because you’re not going to get it back,” Montoya cautions.

Consider gap insurance. You drive off the lot and a drunk slams into you at the first stoplight. Thank goodness you’re unhurt, but your car’s pretty bent.

To you, it’s still a new car, albeit smashed. But once the dealer sold it, it became a used car and it depreciated. You’re in a pickle if you don’t have gap insurance. It pays the difference between what your normal auto insurance covers and the balance of the lease or loan, so you're not stuck without a car and a big payment balance.

“In some cases (gap insurance) will be included,” says Montoya. “It’s not that expensive relative to the price of the car. If you didn’t put down a significant down payment, it’ll cover [the gap between] what the vehicle’s worth and what you owe.”

Ask if the lease contract includes this specialty gap insurance coverage. Bankrate.com suggests: “If it doesn’t, consider looking for a car with a lease plan that does.”

And there are specialty coverages that might sound like gimmicks but can be valuable, Montoya says. Because you must return the leased car in good shape, he explains, “Sometimes people want coverage for ‘curb rash.’” It pays for repairs if you scrape the wheels against the curb when you park, for example, so you don't get dinged for it at the end of the lease.