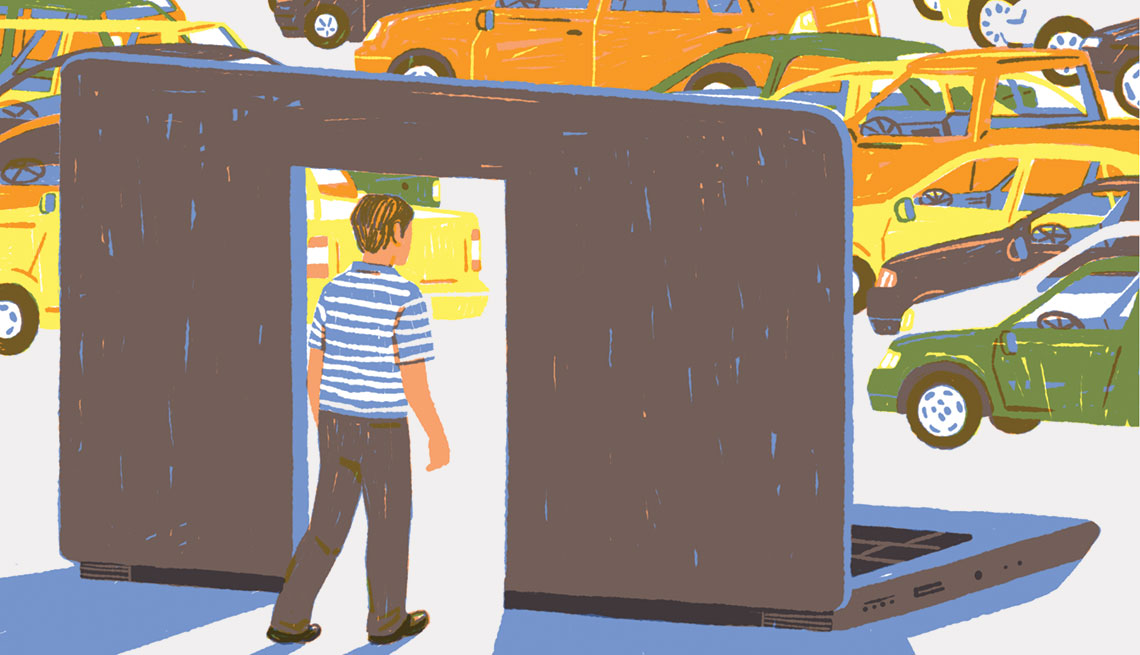 Tips on all the new ways to purchase an automobile

Americans don’t usually think of ringing in the New Year with a trip to the car dealership. But experts say the beginning of 2018 could see a booming auto market continue as consumers — motivated by a strong economy and in some cases holding insurance checks from claims for vehicles destroyed in last year’s storms — extend a recent trend of near-record sales.

The devastating hurricanes that struck Texas, Florida and Puerto Rico had a big impact on America’s auto business. According to estimates compiled by Atlanta-based Cox Automotive Inc., Hurricane Harvey wiped out 320,000 to 580,000 vehicles in Texas. In Florida, Hurricane Irma destroyed an estimated 200,000 to 400,000 vehicles.

Analysts at Kelley Blue Book say a surge in vehicles purchased to replace those damaged by the hurricanes helped lift sales in the months immediately following the storms — and these purchases are still fueling the market. New-vehicle sales in November reached an estimated 1,360,000, the second highest number ever recorded in that month.

Experts say conditions remain good for buyers. “Automakers have been grappling with clearing out excess inventory this year, so shoppers seeking bargains are still likely to find them on outgoing 2017 model year vehicles in January and February,” says Jessica Caldwell, executive director of industry analysis at Edmunds.

Many car shoppers affected by the disasters have been relying on insurance payouts to finance their purchases. For example, State Farm so far has received claims totaling more than $500 million for nearly 60,000 cars damaged by hurricanes Harvey and Irma, says State Farm media specialist Jordi Ortega.

If you’re in the market for fresh transportation, there are options beyond a new car. “The market is seeing a surge in off-lease vehicles right now, meaning there are many roughly three-year-old cars that are relatively low mileage,” says Mark Schirmer, senior manager of public relations at Cox Automotive. Insurance companies say a car depreciates by 46 percent after three years, so look for a discount of up to half of a vehicle’s original price.

To reduce the likelihood of purchasing a vehicle damaged in the storms, look for certified pre-owned (CPO) cars that have passed a rigorous multipoint inspection.

It’s in your hands

If you’re seeking to purchase a car, know that you control the process more than ever before. Not only has the internet become an extraordinary tool for researching your next car, but now it can be used to get the lowest price and help finalize the deal. Here are some of the best techniques for buying a car, 2018 style, based on our interviews with experts.

1. To get to know a car better before you buy it, rent the model for a couple of days. Check online for a rental company carrying the model you are interested in.

2. Ask dealers about model changeover plans for the car you want. Every few years manufacturers redesign their popular models with new features, safety components and design adjustments. Redesigned models aren’t always brought to market in the fall; they are sometimes launched in April or May, for example. There often are deals on prior-year models, and sometimes there are incentives to get you into the newer model. The Nissan Leaf, Toyota Camry and Honda Accord are examples of models that have been redesigned for 2018.

3. Target your online research. Ratings of new and used cars are easy to find, but some are more useful than others. If your main goal is reliability, J.D. Power compiles a yearly auto dependability study that can be found on its website. If your concern is safety, turn to the Insurance Institute for Highway Safety’s website. For an overview, U.S. News & World Report compiles opinions from a range of vehicle-review sites, and Consumer Reports remains a highly respected source.

4. Before negotiating, look up the car’s average transaction price (ATP). That’s the price that buyers are currently paying to drive home in that particular model. It will always reflect demand and supply conditions, and it can vary from region to region. This is the real price to beat. TrueCar and Edmunds both have data that can help you determine the ATP for your dream vehicle. (Edmunds calls its system the True Market Value pricing system, or TMV.) TrueCar also provides a graph that lists prices that its analysts deem as being exceptional, great, good or above market.

5. Secure financing from a third-party lender, such as a credit union or bank, before negotiating a deal. You can get the loan in a relaxed environment, and at the best interest rate. And it simplifies the negotiations.

7. Don’t shy away from competitive bidding. Send several dealerships a description of the model, color and options you want, and let them know that you are seeking best offers from several area dealers. Tell them that financing has been arranged (if true, of course) and that you are ready to pay in full.

8. Buying a car online? Request that the dealer email you the vehicle identification number (VIN) of the exact vehicle you want to buy. Make it clear that you’ll leave immediately if the vehicle you agreed upon isn’t there when you arrive.

SIDEBAR: Leave it to the experts

For those who dread the task of car buying, you can get the help of car-buying brokers or businesses that can do some of the heavy lifting. Here are three options.

Car-buying services: AARP (which partners with TrueCar) and some other organizations provide this for employees and members. These comprehensive services get you a guaranteed price before you visit the lot.

Car brokers: They help you find the right car and model. Brokers may or may not charge a fee. But be mindful: Many get a payment from the dealer.

Car concierges: Brokers without dealer affiliations are referred to as car concierges. They help buyers find exactly the car they want. They charge for their services, but often negotiate a discount big enough to offset it.