The Road to AARP Begins With Teachers 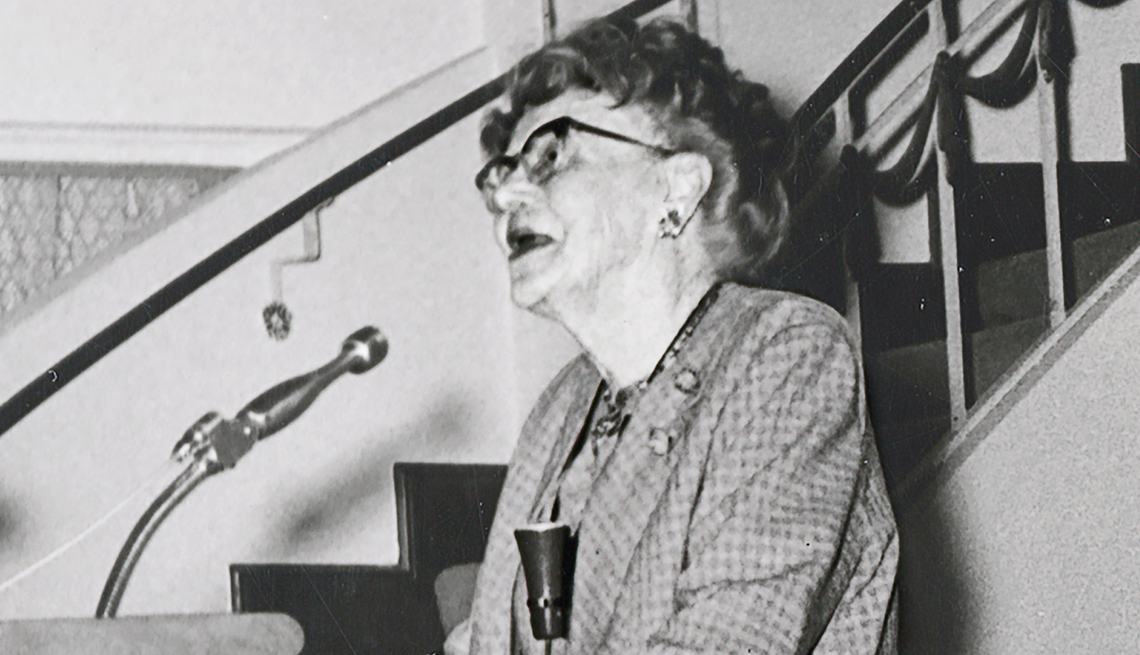 In 1947 Ethel Percy Andrus was a retired teacher in her mid-60s — an age when workers often faced mandatory retirement. Andrus, who worked on welfare issues for the California Retired Teachers Association (CRTA), knew that many teachers were unsettled by this forced transition. “The retired teachers were heartsick,” she wrote, “often lacking purpose, self-confidence and faith.”

While the CRTA was busy helping retired teachers across the state, Andrus had begun to imagine how much more a national organization could accomplish for teachers’ welfare. It would be a daunting task to unite independent state organizations countrywide: Andrus had to employ her formidable powers of leadership and persuasion to convince them that they should join forces and work cooperatively on a national agenda. Her persistence paid off, and on Oct. 13, 1947, the National Retired Teachers Association was founded in Berkeley, Calif., with its first stated purpose “to promote the professional, social and economic status of retired teachers.” Dues were just $1.

Andrus, who was elected as president, and her friend and fellow educator Ruth Lana ran NRTA from the house they shared in Glendale, Calif., with Andrus’ mother and Lana’s daughter. In those early days, their main office was a little breakfast room next to the kitchen.

The numbers of members and legislative victories grew, including a successful campaign to exempt retirement income from federal taxes. In 1953 Andrus testified before the House Ways and Means Committee that the annual income taxes left some retired teachers without enough money for living expenses, and “some are viewing with hopeless dismay the gulf narrowing between the dignity of self-respecting support and the shock of acknowledged indigence.” Congress passed an NRTA-supported bill shielding up to $1,200 of retirement pay from federal income tax for retirees not covered by Social Security.

It is one thing to recognize that older people represent the national’s greatest single human resource available and it is quite another to do something about it.

As NRTA made its mark, Andrus was also dedicated to another passion project: the establishment of a national retirement home. With some philanthropic financial support, Andrus was able to purchase a property in the lovely town of Ojai, in a bucolic setting some 80 miles northwest of Los Angeles. Known as Grey Gables, it opened in 1954 as the first national retirement home for teachers. It would be a pioneering new model; Andrus wrote, it’s “not an old folks’ home, nor is it a rest asylum. It is a vital, delightful home for the creation of new days, new futures and the expansion of old enthusiasms.”

Another challenge Andrus took on in the early ‘50s: figuring out how to make affordable health insurance coverage available for people 65 and over. Every one of the 42 companies Andrus asked about setting up coverage for NRTA members turned her down; why would they want to insure such a high-risk group at a low rate? Her dogged search finally paid off when she found Leonard Davis, an agent at Continental Casualty Co. willing to take a chance on the plan.

Davis agreed to set up a pilot program for New York members, with a plan that would cost them just $5 a month. It became successful enough for Andrus to grow hopeful that a similar plan could be offered to members across the nation.

She, Davis, and her team threw themselves into this new effort, hammering out the details, negotiating, renegotiating. It finally became a reality when the NRTA plan took effect on July 1, 1956 — the first nationwide health plan for a large group of retired people. In the plan’s first year, 5,000 NRTA members signed up for policies.

Not surprisingly, retirees who didn’t belong to NRTA began asking Andrus why they couldn’t sign up too. As she received hundreds of letters from noneducators seeking affordable health insurance, she told Leonard Davis she was thinking about how she might set up an organization in California for all retired people, not just retired teachers. Davis recalled asking her, “Why not think about doing it on a nationwide basis?”

There were plenty of doubters who felt that America’s retirees would never coalesce into a cohesive national group. But Andrus and her fellow NRTA officers forged ahead with the plan: to create an organization open to every American over the age of 55. It was incorporated on July 1, 1958, as the American Association of Retired Persons, with membership set at $2 a year. (In 1982, the two associations merged at the national level, and NRTA became a division of AARP.)

That fall AARP put out the first issue of its magazine, Modern Maturity — later renamed AARP The Magazine — where Andrus stated the heartfelt belief behind her work for older Americans: “Aging is not just a problem; it represents a real and thrilling challenge.” 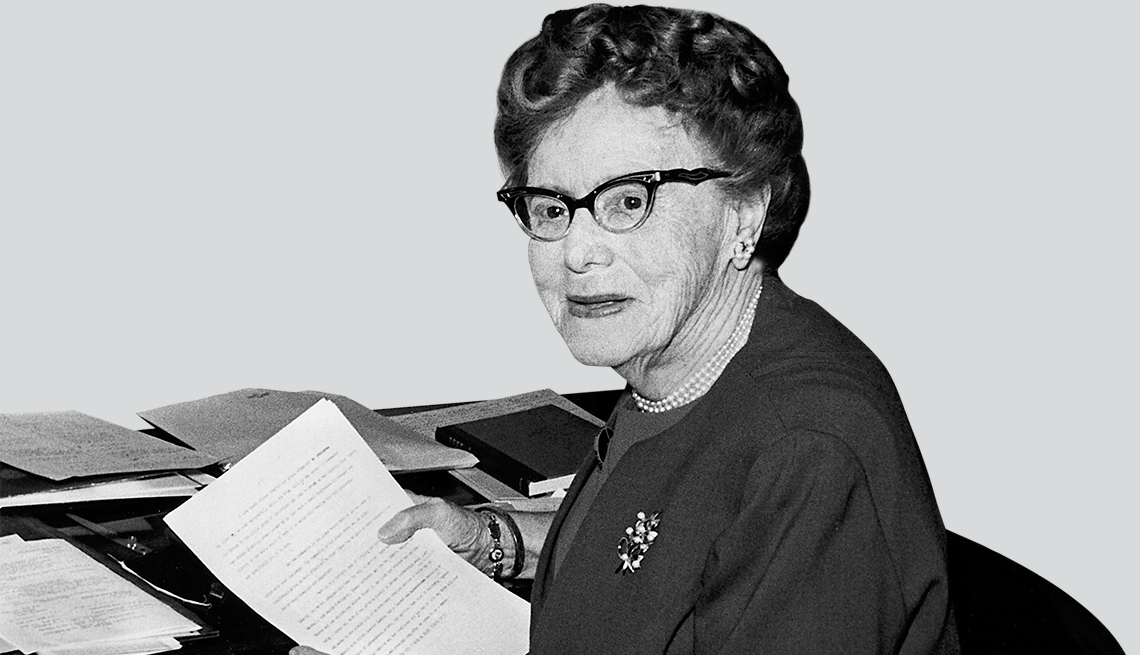 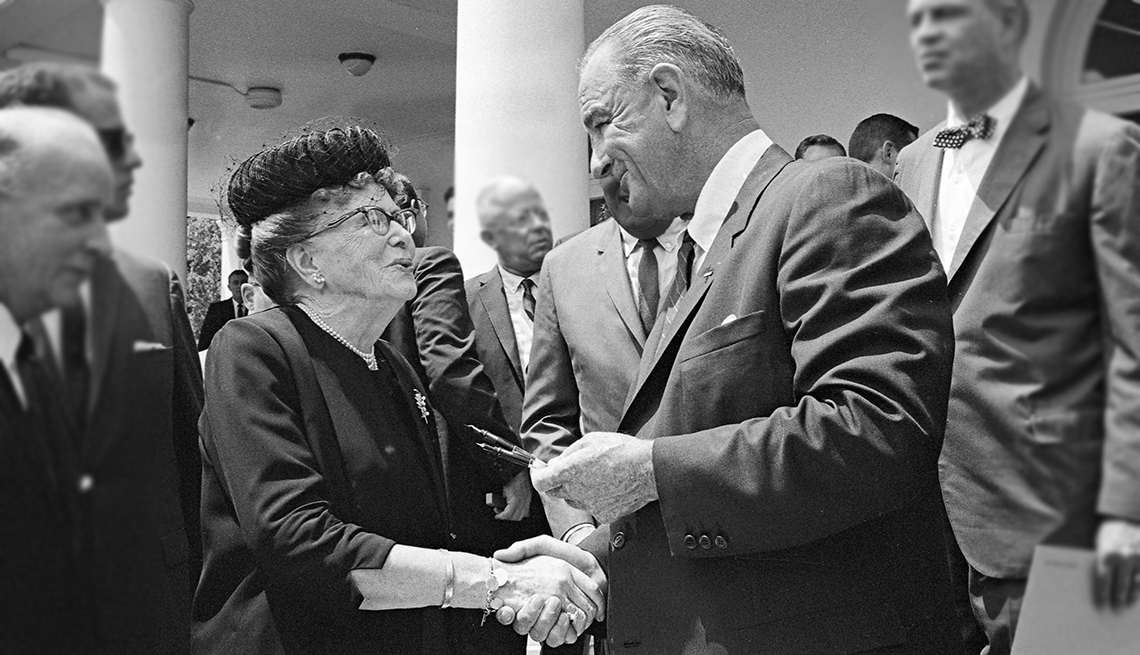