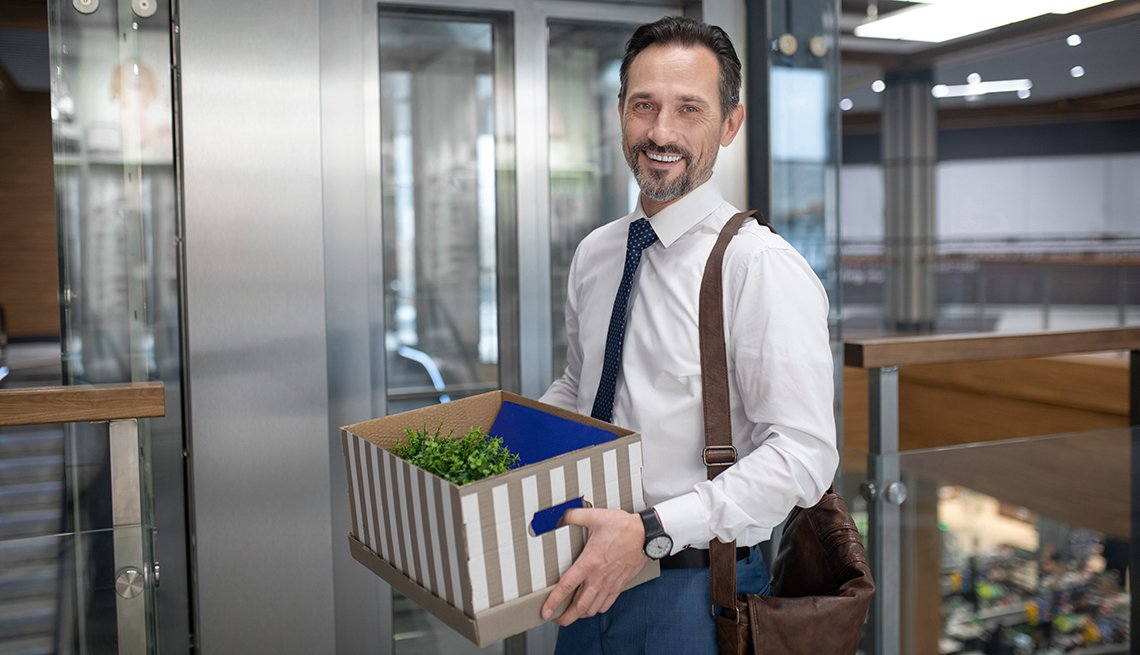 After 25 years in Washington, D.C., working in information technology, Jennifer O'Dowd decided to take time off and relocate to Dublin, Ireland, for her husband's new job. A planned one-year break stretched to almost two, after which, she says, “I was ready to get back to work.” So O'Dowd applied for a “returnship” with Amazon Web Services (AWS).

Essentially, returnships are full-time paid internships for adults who have been out of the workforce for at least a couple of years. O'Dowd accepted a role in AWS’ eight-week Returners program in 2019. She became a full-time company employee last August.

Was it tough? Yes, O'Dowd says, “in the sense that you have to get real about where you are and where you want to be.” But in the AWS returnship, she says, she had “a support network I could connect to when I needed it, and I learned quickly that I was just like any other new starter in AWS.”

No list exists of all the returnship programs that are available, but Carol Fishman Cohen, chair and cofounder of the career-reentry firm iRelaunch, estimates that “the number is getting near 100.” In fact, iRelaunch works with 70 global companies that have such programs.

Several of the highest-profile organizations in the country have returnships, whether it's AWS’ Returners, LEAP at Microsoft, REACH at LinkedIn or Recharge at PayPal. (All four of these companies, by the way, participate in AARP's Employer Pledge program, in which businesses commit to the value of experienced employees and diversity in the workplace.)

No two returnship programs are exactly alike. Many are focused on company needs, looking for people with highly valuable skills — programmers, engineers and financial managers — who have been out of the workforce for a while. But other returnships, like REACH, are theoretically open to anyone. ("The only real requirement,” says REACH alum Yeni Bermudez Padron, “is that you are passionate about coding and that you are able to showcase that passion.") Some are eight to 16 weeks long; others last from one to five years, depending on the expertise level of the entrants. In most programs, graduates can land a full-time job with the company.

Why the growth of returnships? Unemployment is low and companies have to look more broadly and compete harder for talent. In the words of the REACH website, there's a “mismatch between talent supply and demand.” So firms throw the net wider, creating more opportunities for people with nontraditional work histories. Good talent can come from almost anywhere. As Nicole Brunnett, senior program manager at REACH, observes, “We know the good people are out there. The question is, how do we access them?"

Another big reason: As the nation's population becomes more diverse, companies are looking for new ways to create a more inclusive workforce in terms of gender, age, ethnic and social background, and job experiences. “We've come to see that this mode of hiring leads to a more diverse workforce that looks more like the community we are serving,” Brunnett says.

John Reif, senior manager of the workforce transformation team at Amazon Web Services, says “returners fill a great role because they have a diversity of life experience and so can understand our customers in a really deep way — and our customers are asking for that diversity.”

Returners have all sorts of motivations. “Sometimes they took time off to raise a family,” Reif says. “Sometimes they retired and now want to come back and restart their career and/or expand into a tangential field. Sometimes they've been caring for an elder parent.”

According to Cohen of iRelaunch, “There's also the validation of working. So much of our sense of self is wrapped up in our professional identities. And some people just miss work, the intellectual side, the social side, the challenge."

Padron came to the United States from Cuba in 2015 with a bachelor's degree in computer science, but she had to wait for her work visa to come through. During that time, she perfected her English and took software development courses to get up to speed on the newest technologies. She was accepted into LinkedIn's REACH program the second time she applied and has been promoted to software engineer.

"There were many challenges,” she says. “I had to work very hard in the beginning, extra hours, and come in at night, to familiarize myself with my team's work.” But she liked the fact that “we were given the same tasks that regular social engineers at LinkedIn get, only with more guidance from teammates and mentors.

O'Dowd discovered at AWS what Padron found at LinkedIn: that returnships offer participants mentors, colleagues, current and past returners, and other resources to help them attain their goal. “Everyone was encouraged to engage and support me,” she says, calling that support “essential” to her success.

How to Find a Part-Time Census Job Near You

Make money and help your community while working flexible hours

With the words they use, employers keep experienced workers from applying

Why You Should Give Your Résumé an Update