5 Ways Older Workers Can Get Ready for the 'Hybrid' Office

Whether you're in the office or working from home, finding balance is key 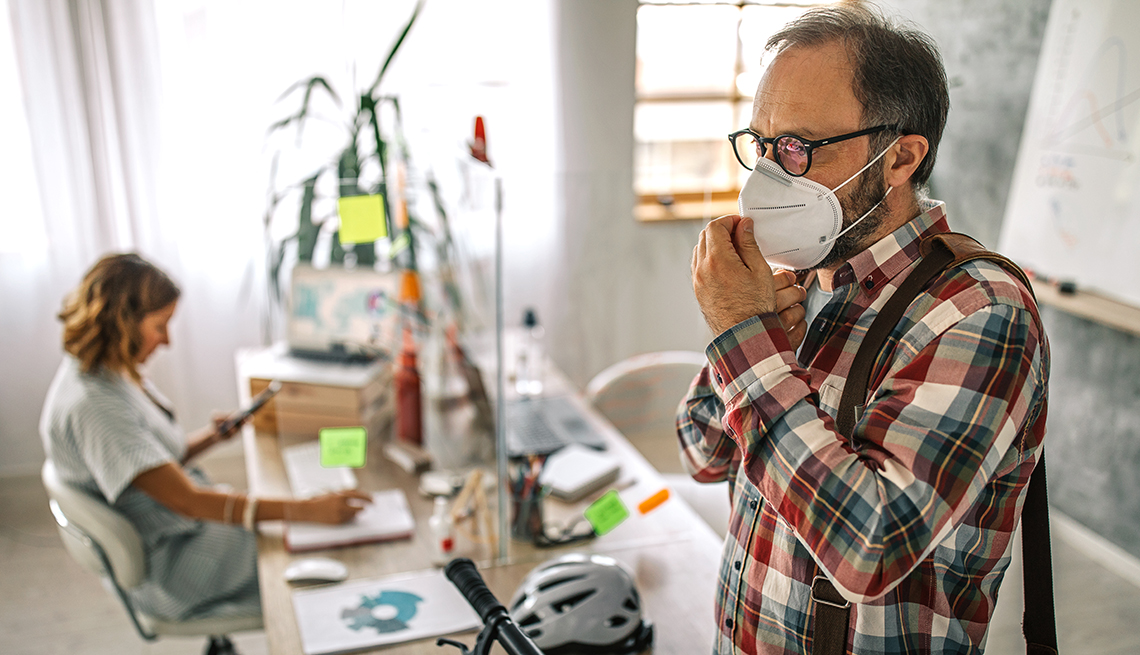 As vaccination rates increase and infection rates decline, companies are exploring what a return to the office will look like. Both companies and employees agree: The future of the office is likely to be a “hybrid” model that could require many employees to split time between working from home and working in the office.

A recent joint study by WeWork and Workplace Intelligence defined the hybrid model as a combination of working at home, the company headquarters, satellite offices, co-working spaces and public “third spaces,” like a library or café. In some cases, employees may even split workdays between different locations.

The survey found that some employees are actually willing to give up benefits and perks to have more flexibility about where they work. Ninety-five percent want some level of control over how, where and when they work, and three in four would be willing to sacrifice at least one benefit or perk — including health insurance, cash bonuses and paid time off — to be able to choose their work environment. Many employers are onboard, too. The survey found that nearly all companies (96 percent) would be willing to give their team members at least some measure of flexibility.

But hybrid workplaces come with challenges, too, says career-advice expert Lisette Sutherland, coauthor of Work Together Anywhere: A Handbook on Working Remotely — Successfully — for Individuals, Teams & Managers. When you have staggered scheduling and team members working remotely or in the office at different times, scheduling meetings and collaboration sessions can be a challenge. “I would not go into the hybrid workforce unplanned — that's for sure,” she says. “That's just asking for disaster.”

If you're getting ready to navigate a hybrid workplace, here are five ways to set yourself up for success.

For employees, one of the first priorities should be to understand what your employer's policies are with regard to remote work vs. in-office days, says Dan Schawbel, managing partner of Workplace Intelligence and author of Promote Yourself & Me 2.0. “What it comes down to is you have to understand the rules of the game in order to play,” he says. “Workers should be talking to their managers right now to see what can give them confidence and set expectations of what their schedules are going to look like going forward."

To create your list of questions and requests, think about how your workweek is structured. Which days are typically more meeting-heavy or require access to files and other resources that would make being in the office better? And which days or times could make working from home preferable? For example, it might make sense to be in the office on the day your team has staff meetings, so you can catch up in person. On the other hand, you might want to schedule days at home for when you do work that requires high focus. Consider your personal life, too, evaluating how commuting on certain days would affect your caregiving roles or other responsibilities.

When everyone was remote, videoconferencing tools such as Slack, Zoom and Microsoft Teams were communication lifelines. But with a return to the office, you might not be plugged into the constant digital back-and-forth, Sutherland says. And that's a good thing. “It's exhausting to do it in this way. And it's not really sustainable in the long term.” Referencing Cal Newport's latest book, A World Without Email: Reimagining Work in an Age of Communication Overload, she says, “We have to improve our workflows so that we stop this ping-ponging of messages back and forth.” In other words, we have to create different communication options so that we can get quick answers when we need them but also have the space to do deep or focused work without being constantly interrupted by notifications.

Schawbel adds that we need to be smart about the communication tools we're using and figure out how to use them most effectively. Don't get bogged down learning features you don't need, he says. Instead, “figure out what the objective is and what is the best means for that objective.”

3. Watch out for overwork

During the pandemic, remote workers often found themselves working longer hours, says workplace expert Chester Elton, coauthor of Anxiety at Work: 8 Strategies to Help Teams Build Resilience, Handle Uncertainty, and Get Stuff Done. With no commute and a fear that they had to prove themselves to hold on to their jobs, nearly 7 in 10 (68 percent) remote-working professionals worked weekends, and nearly half (45 percent) put in more than eight hours of work each day, according to a survey by Robert Half. That's a recipe for decreased productivity and burnout, he says.

"People are overworking and trying to make everything perfect, because they're worried that if it's not perfect, they're going to lose their job,” Half says. That mindset is going to take a while to overcome. “We don't need everything to be perfect, because that perfectionism is sort of the enemy of getting things done.”

Have conversations with your manager about expectations and “when good enough is good enough,” Elton says. And if you have the flexibility to do so, experiment with the work schedules that are best for you, including days that you come into the office and even “meeting-free” days (or half-days) that are devoted to more focused work, he suggests.

4. Focus on performance over presence

Remote employees should keep track of how they're spending their time, including the projects they're working on and the results they're achieving on those projects, Schawbel says. Hybrid workplaces, ideally, will shift from measuring value based on your physical presence in the office to measuring it by performance.

That switch means that being able to document what you're doing and how well you're doing it will be useful, especially when your boss can't always see you at work, he adds. “Not being in a physical space around coworkers means you have to spend more of your efforts communicating.”

5. Get comfortable with change

Both employees and employers are going to have to endure some trial and error to get the right balance for their teams in offices where hybrid work arrangements increase, Elton says. “So many companies are averse to failure. Everything has to work.” As one of his interviewees once told him, “Science is just failure with notes.” In other words, he says, take note of what works and what doesn't, and proceed from there.

"There's going to be heightened anxiety and lower productivity and less job satisfaction [at first],” he says. Keep the lines of communication open with your supervisor and team. That's going to help everyone find the fit that works best for them. 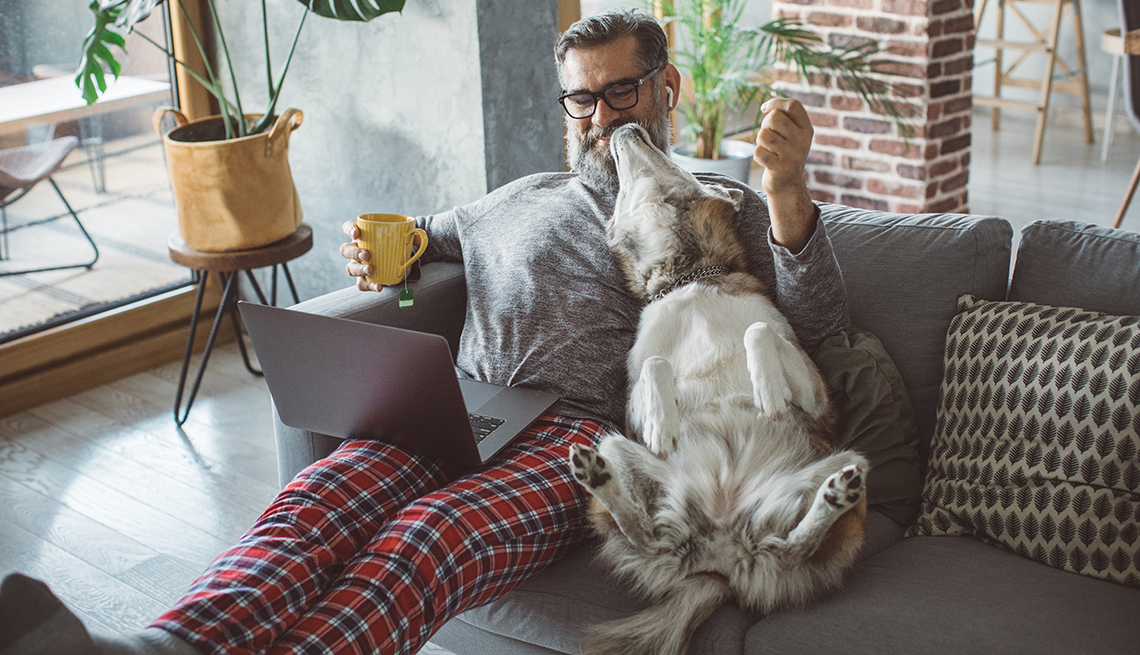 10 Things You May Soon Miss About Working From Home 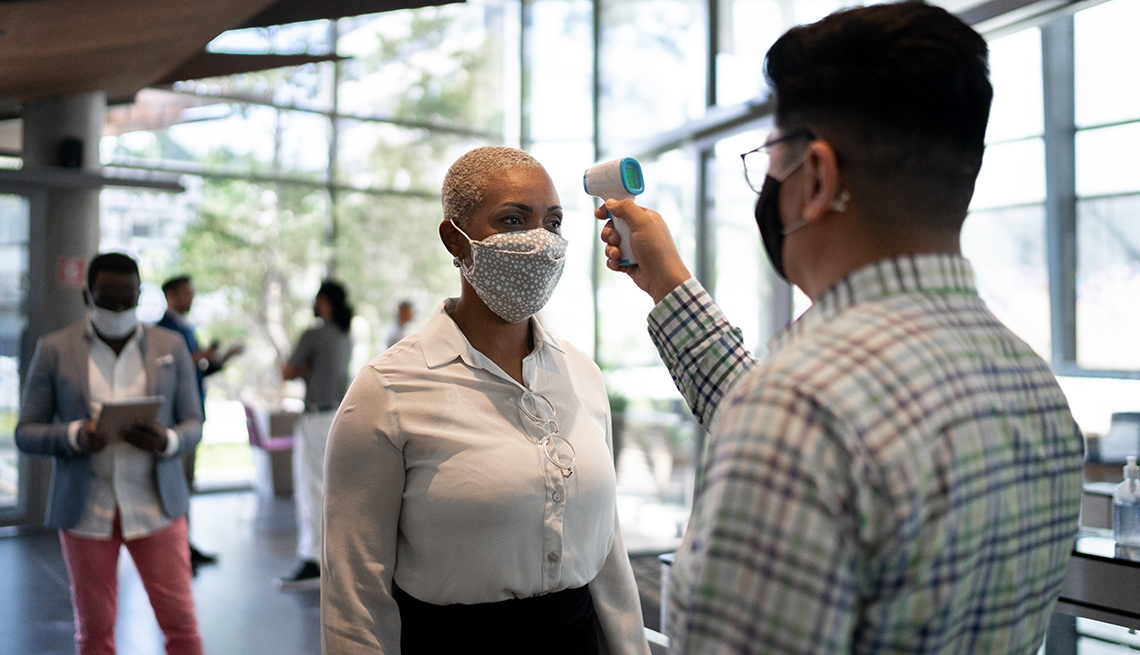 5 Strategies to Cope With Your Return to the Office

Expert tips to combat anxiety and reenergize your work routine 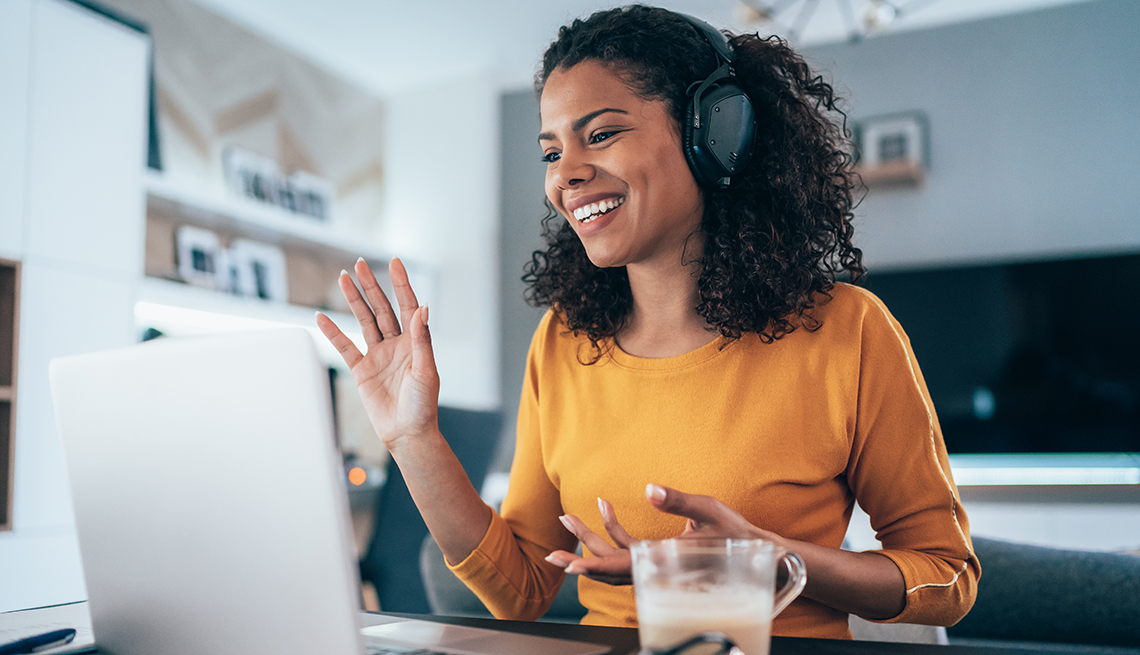