Should You Have Disability Insurance?

Why planning for the worst might be the right financial call 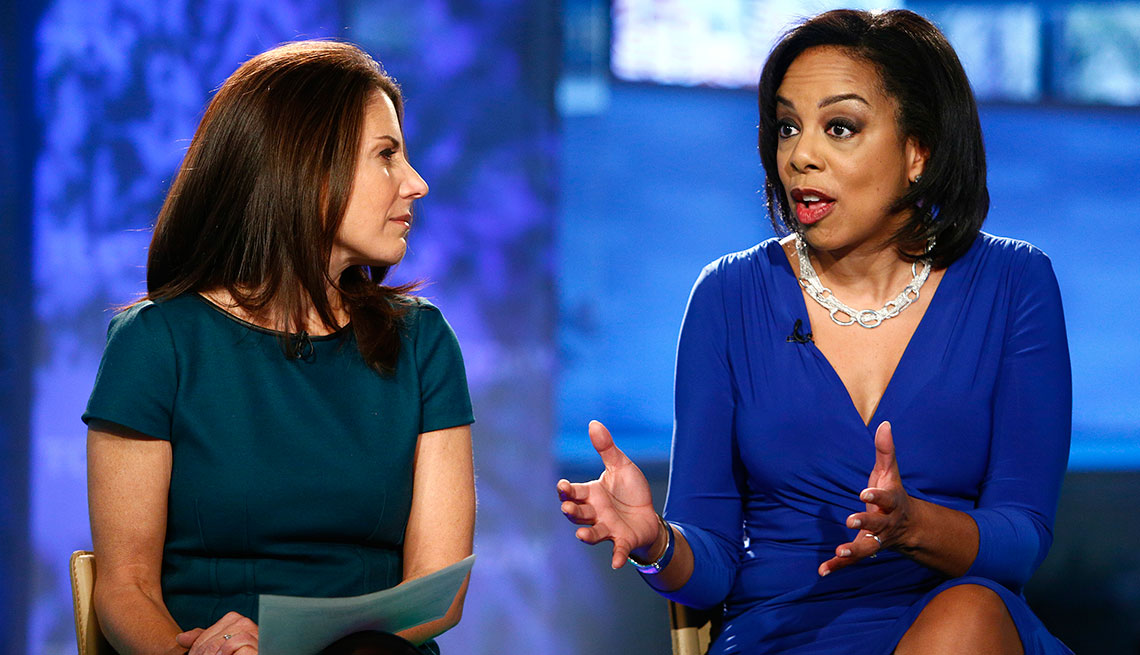 It happened at the gym. About 18 months ago, Sharon Epperson, CNBC’s senior personal finance correspondent and a good friend of mine, was mid-yoga when she developed what she describes as “the worst headache of my life.” The diagnosis: A blood vessel in her brain had ruptured; she’d had an aneurysm. For the soon-to-be-50 mother of two, nothing has been the same since.

Epperson woke a day after surgery with two clips in her brain to stop the bleeding and repair the damage. She was hospitalized for a month, followed by a long stint of rehabilitation—speech therapy, physical therapy, cognitive therapy and a lot of time working to simply regain strength. Initially, going back to work wasn’t even a consideration. “Multitasking is your worst enemy,” one therapist told her. “You have to focus on one thing at a time and try to do it well.” Epperson was floored. “With the career and the household and the two kids, I didn’t even know what that meant.” She expected to be out of work for six months; she didn’t return for over a year.

And yet this story has a happy ending. Epperson has spent more than two decades telling stories about the things people should do with their money if they want to protect themselves in case of emergency (some 3 million individuals suffer a workplace injury or illness each year—and that’s just at the workplace). She was prepared. “I’m so happy that I listened to the experts we talk to all the time and the financial advisers who say do this, consider that,” she points out. And still, she emerged with lessons to impart—and things she might have done differently if she had to set herself up for a yearlong disability all over again. Here they are.

If your employer offers long-term disability insurance, take it

About 40 million workers in the private sector have long-term coverage through their employer, says disability insurance expert Winthrop Cashdollar, of America’s Health Insurance Plans; the number who need coverage is far greater. Those who work for a living, rely on their paycheck to live, and couldn’t cover a six- to 12-month gap in salary with savings should have disability insurance.

While many employers pay for these policies, Cashdollar says more and more are asking employees to contribute something. That’s what happened at CNBC, Epperson recalls. “I asked my financial adviser, who told me, ‘Get as much as you can.’ ” But many people don’t, Cashdollar says. When employees are asked to pay all or part of the premium, less than half pony up. That’s a mistake. Not only do the chances of a disability increase with age, the most common ones aren’t what you think. They’re due more to illnesses than injuries. For instance, 29 percent come from musculoskeletal issues (think back pain and arthritis); 15 percent, from cancers; and 9 percent, from high blood pressure and heart disease. Considering that the average cost of a group policy is less than $40 a month, not signing up is not the right answer.

Even if you have a policy through your employer, there are two good reasons to buy a little more on the private market. First, group policies typically replace up to 60 percent of your pre-disability gross income, not including bonuses, for instance. That may not be enough to live on. By adding a supplemental individual policy, you can bring your coverage up to 80 percent. Why not more? “That creates an incentive to avoid returning to work,” says Jennifer Fitzgerald, CEO of Policygenius, an online insurance marketplace. The second reason is that as you age, you’re likely to have more health issues, not fewer. And if you lose or leave your job, your employer policy may or may not be portable. Plus, some private policies let you increase your coverage amount without your having to go through another physical.

If your employer doesn’t offer disability insurance, buy it yourself

There’s no getting around it. Private disability insurance isn’t cheap. A 50-year-old white-collar male living in New York state and earning $100,000 a year could pay $2,244 to $3,036 a year for a policy that would pay $5,000 a month, according to Policygenius. A similar 50-year-old female: $2,916 to $3,960. (Women are more likely to be disabled and therefore cost more to insure.) But don’t let the price stop you, as there are a few ways to lower it, Fitzgerald explains.

First, reduce the benefit. If you can’t afford $5,000 a month in coverage, consider $2,000 or an amount that would cover your mortgage and must-have critical expenses. Second, increase the waiting period. Most long-term-disability policies start paying after 90 days. But if you have the savings to self-insure for a year, you can reduce the price significantly.

Finally, you can limit your benefit period. Most of these policies take you up to 65 or the Social Security full retirement age. Fitzgerald notes, however, that most disabilities aren’t permanent; they last under five years. By reducing the payout period, you can lower the cost.

Automate your financial life as much as possible

In her house, Epperson is in charge of paying most of the bills and other daily money management. For weeks after her aneurysm, she was in no shape to do that, and neither was her overwhelmed husband. Fortunately, much of their financial life was automated. The mortgage, electric bill and other key bills got paid automatically. “If I had been out longer, it would have been even more serious,” Epperson says. “But it also created an opportunity for discussion with [my husband] Chris about where certain things are.”

Attorney Martin Shenkman, author of Estate Planning for People With a Chronic Condition or Disability, went even further in automating his life after his wife was diagnosed with multiple sclerosis. Not only are all bills paid automatically, but income is deposited automatically, and all passwords (as well as the questions you have to answer to retrieve a password if you forget or lose one) are handled by an online password keeper and data vault called Keeper Security ($30 a year for individuals; $60 a year for families with up to five users; Dashlane offers a similar service). “If something happens, one of the kids has all the information to get into the vault,” Shenkman says.

One of the biggest aha moments for Epperson was learning how family members react in a crisis: “I could see how my sister and husband and brother-in-law, who are all part of our estate plan, handled things,” she notes, “and to think about who would be the best health care proxy, the best at having financial power of attorney and the best executor.” According to Shenkman, that’s an astute observation, one that not nearly enough people have: “It’s important to stress-test your planning and to be realistic regarding whether the people you name have the wherewithal to do the job.” He also suggests bringing those people to meet the estate planning attorney (if you have one) so they know what they’re getting into as well as how to handle it.

Finally, don’t wait for a wake-up call. Epperson acknowledges that if this hadn’t happened to her, she doesn’t think she would have ever changed the pace of her work schedule or “stopped trying to be the best at everything at every moment.” Now her goal is to be the best in the moment she’s in, whether that’s taking her 12-year-old daughter to fencing, watching her 15-year-old son’s basketball game or working on one story—not five simultaneously—for CNBC.

“It sounds crazy, but to almost lose my life was the greatest blessing,” says Epperson. “Because it really did force me to realize how much I have to offer and how much has already been given to me.”