For self-starters and good listeners, this second career can sometimes lead to six-figure payoffs — in any market 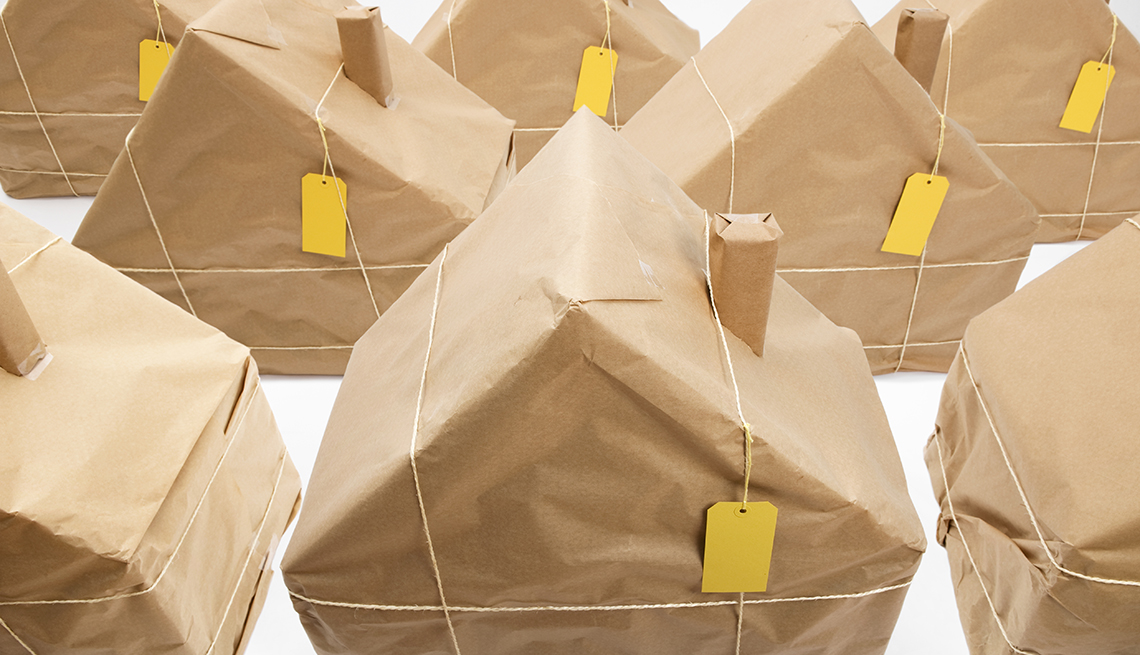 Few fields are as welcoming to midlife career changers as real estate. The National Association of Realtors says that the median age of its members is 52, and that only 5 percent report real estate as their first career.
Oktay Ortakcioglu/Getty Images
By:
Sarah Mahoney
Jul 23, 2014

Back in 2008, Jamie Jensen hit a career slump. Fund-raising for nonprofits no longer fueled her passion, and the hours-long commute to Bellevue, Washington, exhausted her. “I was frustrated and disheartened,” she recalls, “but when I started looking for a new job in my field, the economy tanked. And more than anything, I wanted to work in the community where I lived, but there was just …nothing.”

Real estate had always intrigued her. After doing her homework, she decided to make the switch, in the midst of one of the worst real-estate markets in recent memory. It was tough at the beginning—Jensen made only seven sales her first full year, earning just $35,000—but she doubled that the following year, and made $98,000 the year after that. And the North Kitsap, Washington-based Jensen says she’s on track to increase that substantially this year.

In fact, few fields are as welcoming to midlife career changers as real estate. The National Association of Realtors says that the median age of its members is 52, and that only 5 percent report real estate as their first career.

After years of sliding, the median income of a Realtor is finally ticking back up, rising 2.3 percent in 2011 to $34,900, the latest full year available. And 17 percent make more than six figures. (Those licensed as brokers, which requires more education and credentialing, earned $48,400.) The strengthening real-estate market is already driving those earnings higher.

Thinking about making the switch? While licensing requirements vary by state, all require a class and exam. (To learn more, go to the Association of Real Estate License Law Officials.) Beyond licensing though, pros say certain skills are a must to make the transition a success. You’ll need the ability to…

When Pete Deininger, 45, decided to become a broker in Breckenridge, Colorado, he took a hard look at how his other careers could help him. “I really combined three careers into this one,” he says. “I had worked as a builder, and knowing so much about houses is really helpful. Then when I moved to Breckenridge, I worked in bars and restaurants at night so I could ski during the day, and that’s given me the ability to meet potential clients. I’ve also had a web development company, and knowing how to build a website with search-engine optimization has really helped me.”

Find financing for the early years.

“The beginning was brutal,” he recalls of his 2008 start. “The last day there was any appreciation in the real estate market? That was the day I got my license. I can laugh now, but it was rough. I made two sales my first year, and earned $13,000.” Because he kept his bartending job and some web clients, he was able to make it through, and by his third year, was earning six figures. Jensen says her transition was smoothed by her husband’s steady paychecks, and concedes she had to dip into her 401(k) savings to make it work.

Jensen says she puts in 60 to 70 hours a week, including weekends and evenings. (The association reports that those working 60 hours a week or more earned $80,900 on average in 2011.) But there’s a considerable amount of flexibility, too. Deininger, now one of the top 10 producing agents in his market, says he expects to ski between 50 and 60 days this year.

While real estate is essentially a sales career, only 15 percent of career-changers say they had a sales background before making the switch. “It’s more important to be comfortable meeting new people, and really listening to what they want,” he says.

Whether you work for a large franchise or a boutique, pros says, success in real estate means recognizing that you are, in effect, your own small business. That makes vacations tough. “We were on vacation in Maui, and my husband took a picture of me standing on the beach on my phone, writing out an offer,” laughs Jensen. “You can’t rely on anyone else for a paycheck,” adds Deininger. “It does come down to elbow grease and hustle.”

Many things are often beyond her control, Jensen admits, and it can drive her nuts. “Maybe it’s an appraiser who says a house is worth 20 percent less than the contract price. Or a client who looks at 15 houses and doesn’t like anything,” she says. “But when you get someone in their first home, or their dream home? It’s life changing for them, and that’s very rewarding.”