50 years after the landmark legislation to protect older workers, bias is on the rise 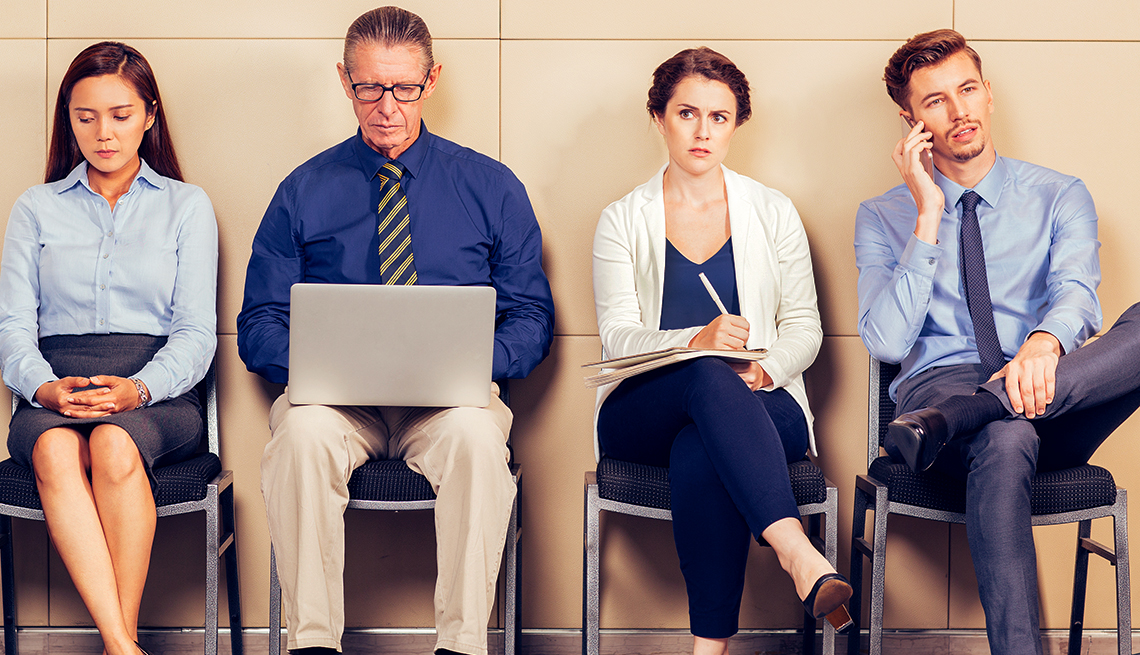 Recent studies show age discrimination still exists in hiring and in the workplace, and fighting against it can be an expensive longshot.
Getty Images
By:
AARP
Nov 07, 2017

Age discrimination is alive and well in the digital age, despite 50 years of laws intended to protect older Americans’ right to work. In fact, it’s thriving, with 20,857 such complaints filed with the U.S. Equal Employment Opportunity Commission (EEOC) in 2016 alone. 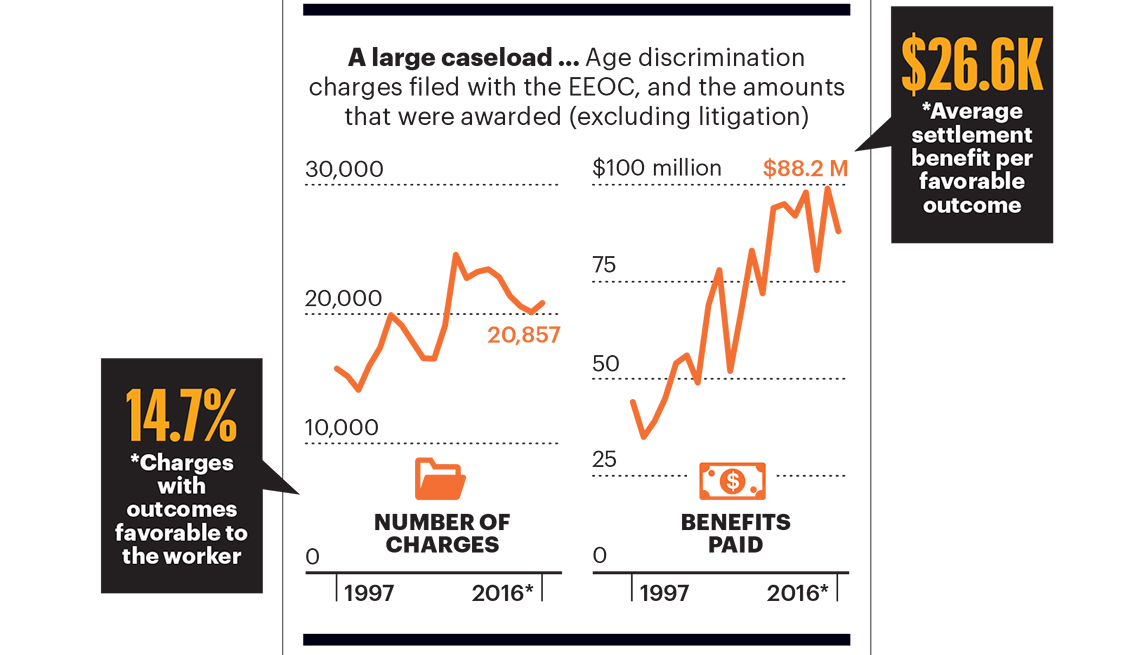 As more jobs are advertised and applied for online, evidence is mounting that it is easier to discriminate against older workers. 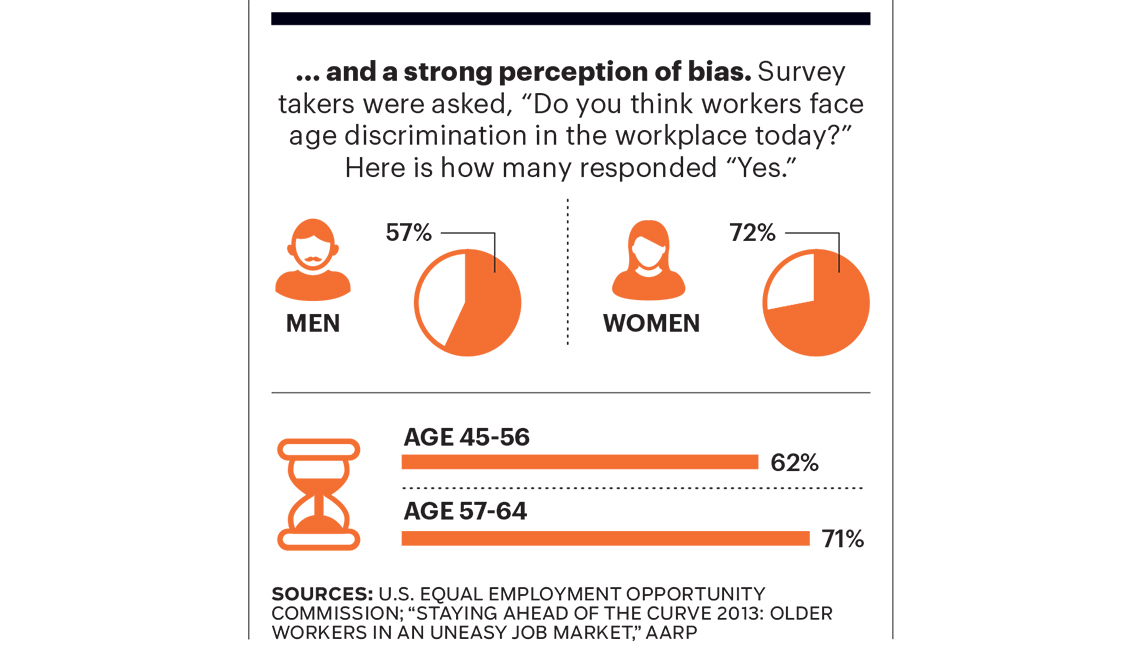 In one recent study — the largest of its kind — researchers sent over 40,000 résumés to apply for more than 13,000 job openings posted online in 12 cities. To test for age discrimination, they responded to each posting with three résumés representing different age groups (young, middle-aged and senior). Even though all had similar skills, older candidates received far fewer callbacks than young or middle-aged workers.

“It’s just age; it doesn’t have to do with experience,” says Patrick Button, an assistant professor of economics at Tulane University in New Orleans and a study coauthor.

Five decades ago, the federal Age Discrimination in Employment Act (ADEA) was enacted. Before that, it was common for want ads to say, “Only workers under 35 need apply,” and employers could force workers into retirement solely based on age.

The ADEA and other laws helped, but employers who prefer younger workers have found new tactics. For example, many online applications use drop-down menus that go back only to the 1980s, effectively screening out anyone who graduated or had work experience before those dates. Some require birth dates, and if you try to skip the question, the application won’t be accepted. And some job listings now state a preference for “digital natives” — people who grew up using computers — deterring those over 40.

Older workers are going to court to fight such tactics. Four years ago, at age 50, Steve Rabin applied for an accounting job at PricewaterhouseCoopers. Despite having more than 10 years of experience as a certified public accountant, the Fremont, Calif., resident was promptly rejected. In Rabin’s case, many of the firm’s entry-level positions were posted on a web page accessible only to college students. And the online application also required answers to questions that made it easy to identify and reject older applicants.

Even when Rabin got an interview at the firm, one of the questions was, “Would you be able to work for a younger manager or director?” Though he answered that he had good experiences working with younger colleagues, he was not hired, leading to the suit. “It’s pretty blatant,” says Laurie McCann, senior attorney for AARP Foundation, which is cocounsel on the case. “There’s nothing in there that says age, and yet there’s an adverse impact on older applicants.” Lawyers for the accounting firm have argued that it did not violate the ADEA. The suit is ongoing.

Federal courts have also eroded the protections that employees can turn to. A ruling in 2009 declared that it’s not enough to show that age was one of the factors in losing a job; rather, the individual has to prove it was the primary factor. And in another recent case, a court determined that older job seekers aren’t necessarily protected against age discrimination in the application process.

Fighting job discrimination can be an expensive long shot. Many attorneys decline to take such cases because the chances of winning have been low and the financial rewards are relatively minimal when compared with suits for gender or race discrimination.

“We just don’t take age discrimination as seriously,” says McCann. “We view it as an economic issue, not a civil rights issue, and we hold too many stereotypes of older workers.”