A Baseball Fan's Guide to Spring Training in Arizona 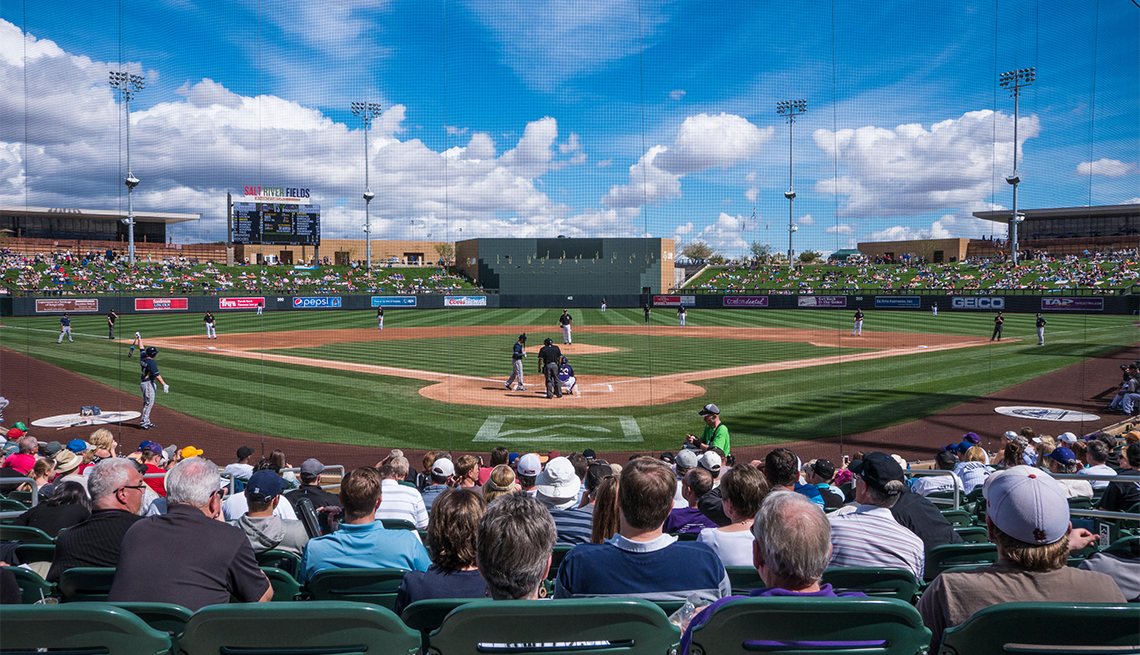 What's not to like about a trip to Arizona in late winter? You can see your favorite players in more intimate settings and for lower prices, and take some time to explore the desert Southwest when most days are sunny, with temperatures in the balmy 70s. The Cactus League's spring training games are centered around Phoenix, and run from Feb. 21 to March 24. You can buy tickets online before you go.

Some of the teams also offer special “fan experience packages,” such as the Indians Player/Broadcaster Meet & Greet, where you get an hour to meet two or three players and a member of the Indians broadcast team, take part in a Q and A with them and get their autographs, for $105.

There's plenty to do in the area when you're not watching games: Downtown Phoenix's Roosevelt Row features independent boutiques and top-notch coffee shops. Mesa is home to the Arizona Museum of Natural History, where you'll find everything from massive dinosaur skeletons to displays about our solar system. And, just north of Phoenix is Scottsdale, home to Taliesin West, the former desert home of architect Frank Lloyd Wright that's now an architecture school, a National Historic Landmark, and a beautiful spot to visit. Also in Scottsdale: Check out the second-floor hallway at Hotel Valley Ho for old photos of Marilyn Monroe, baseball star Ted Williams and other celebrities.

Some basics on where to catch each team in action:

About six miles from Scottsdale Stadium, which the San Francisco Giants call home every training season, this park was built in partnership with Salt River Pima-Maricopa Indian Community on Native American land. It's a huge complex spread over 140 acres, with different seating areas for games, including 4,000 lawn seats, and a range of concessions. Try the berry kabobs for a sweet treat; chocolate-covered strawberries and bananas on a stick (there are other good vegetarian options, including wraps, salads and bean burritos).

The stadium is one of the largest of the spring training facilities, offering Cubs fans a rooftop, left-field party deck that's an homage to Wrigley Field, the Cubs’ beloved home field, and grassy berms that can hold some 4,200 people. Food options, which are a little pricier than at other parks, include Chicago-style hot dogs and pizza (of course), Polish sausage and plenty of beer.

A short drive northwest of Phoenix, Camelback Ranch is surrounded by a park with a two-acre lake and walking trails. Inside, you'll find a large, grassy berm behind the outfield walls, with space for 3,000 general admission patrons — just bring extra sunscreen, because there's little shade. If you're tired of hot dogs (or “Dodger Dogs,” as they're called during Los Angeles's games), try tamales, burritos or pastrami sandwiches. You're quite close to the Gila River Arena, home of the NHL Arizona Coyotes, so you might be able to catch a hockey game, too.

A few miles northwest of Phoenix, the Reds’ and Indians’ stadium offers nice views of the White Tank and Estrella mountains. Visitors are welcomed by a 60.5-foot-high (that's also the distance between a pitcher's mound and home plate in baseball, by the way) baseball spire outside the park that's fashioned out of steel and fiberglass. Hungry fans can try concessions such as Burgertopia or Hot Dog Nation, and there are often food trucks with offerings like grilled cheese and tacos parked outside. 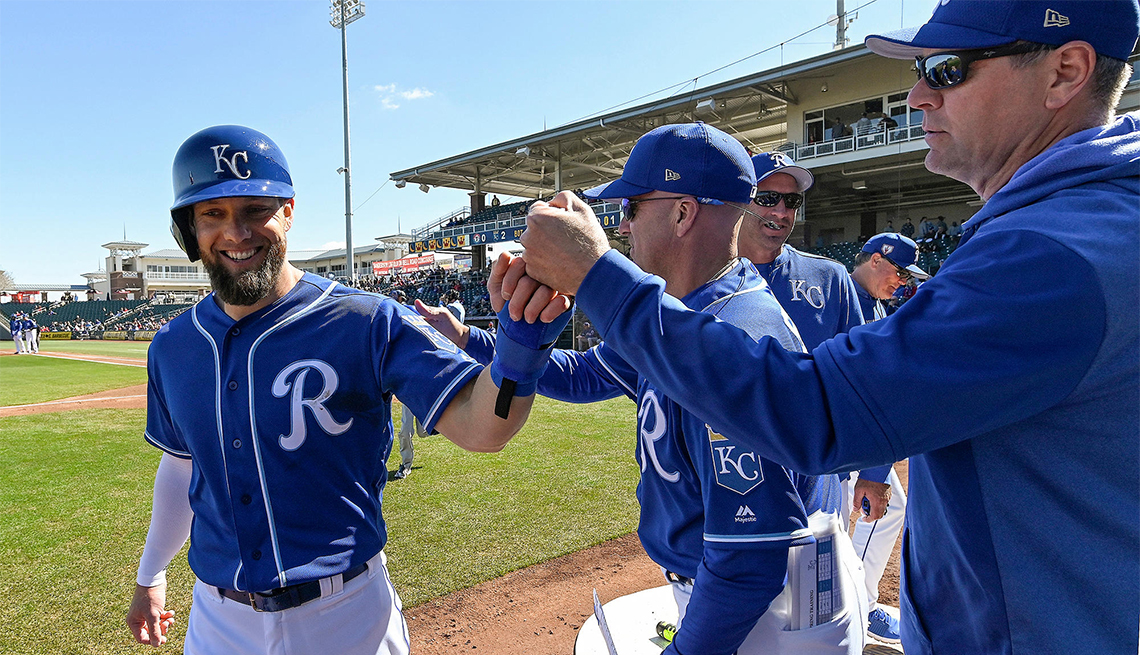 About 25 miles northwest of Phoenix, this stadium is surrounded by plenty of parking and its dining options along the left field line feature foods on a midway much like you would find at a county fair. Look for everything from corn dogs to snow cones to funnel cakes. Bring a blanket and stretch out on the grassy berms, which can hold about 3,600 fans.

There's a rocky hill behind the stadium (a couple miles southeast of the Phoenix airport) giving it an intimate feel, though some fans of the team aren't big fans of Diablo — many have complained about the lack of shade and expensive parking. Try the food tents near the left field corner for fare that goes beyond basic burgers and hot dogs.

"Brew Crew” fans like their encased meats: hot dogs, Italian sausages and, naturally, bratwursts can be found grilling at ballpark concession stands. And look for the in-game “sausage race,” which features folks dressed up in internationally themed hot dog costumes racing around the bases.

Hohokam, former spring training site of the Cubs, offers good sight lines and plenty of lawn seating behind the right field and left field fences, but check out the shaded terrace level for the most comfortable viewing. Besides “regular” hot dogs, look for the Oakland Dog, adorned with bacon bits and green chili mac and cheese, or the California Dog, which features guacamole (oh, how California), tomatoes and Monterey Jack cheese. 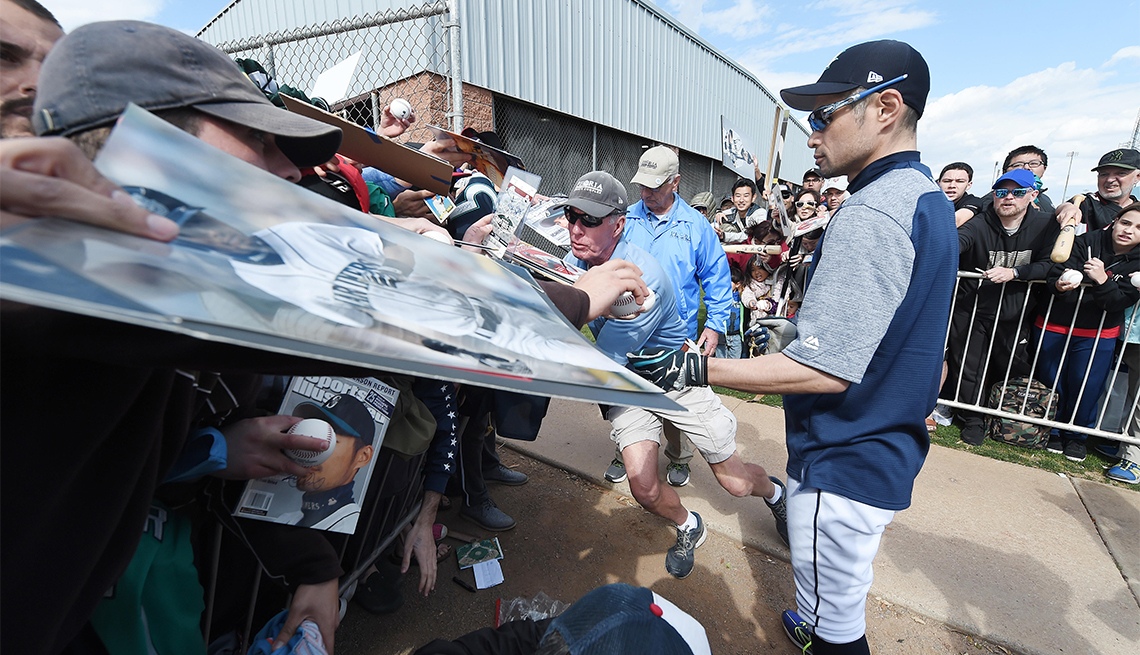 The stadium here has some of the best food in the Cactus League, with everything from Japanese noodles to fish tacos and tri-tip beef sandwiches. The ballpark is about a half-hour drive from Sky Harbor Airport in Phoenix — and not far from Sahuaro Ranch Park, a former ranch that's now a municipal park with walking trails, a rose garden, historic buildings and peacocks.

Just a few blocks from downtown Scottsdale, this is a beautiful park with lots of surrounding trees and a large grassy area in the outfield that can hold some 4,000 fans. (The Giants have been here for 35 years, so the city has approved $50.6 million in renovations to begin in 2020.) Try the garlic fries, which are a specialty at Giants’ regular season games at Oracle Park. 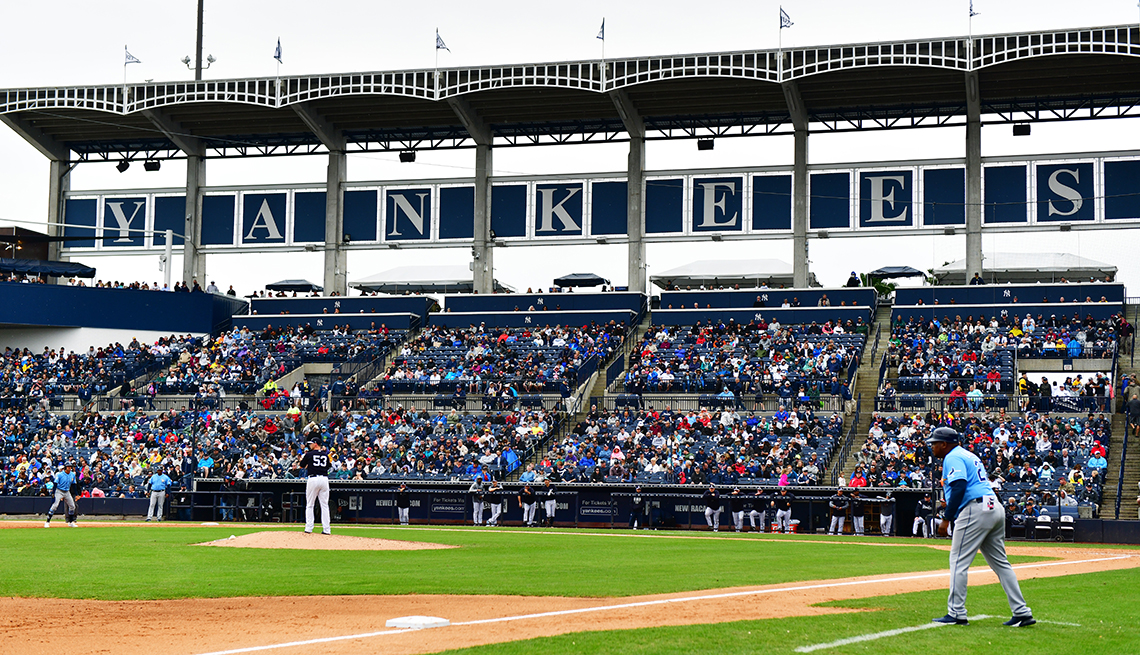 A Baseball Fan's Guide to Spring Training in Florida

Where to see your favorite MLB teams in the Grapefruit League play, up close and relaxed 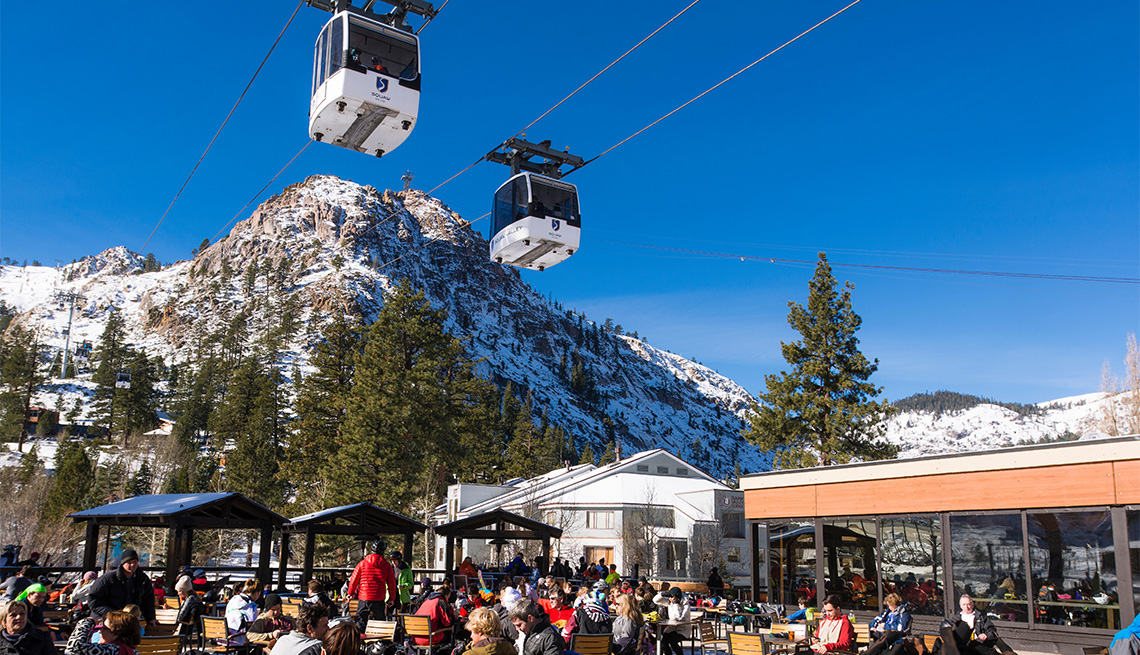 U.S. Ski Destinations That Offer Loads of Fun for Non-Skiers 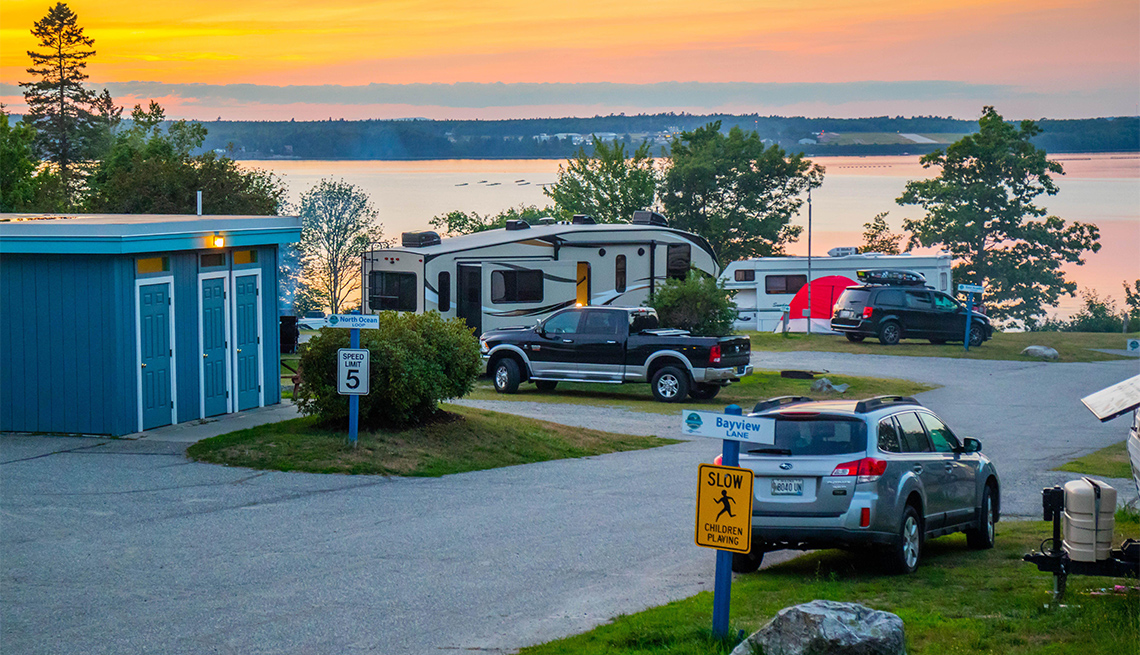 10 Top Campgrounds in and Around National Parks

Great spots for tent or RV camping near Acadia, Yosemite and more