En español | The six major Hawaiian islands are similar in many ways. They are all gorgeous, for one, with postcard-perfect beaches, swaying palm trees and lush green mountains. But there are enough differences to give each its own special flavor. Here's a look at them all, to help you find the one that best fits your vacation style. 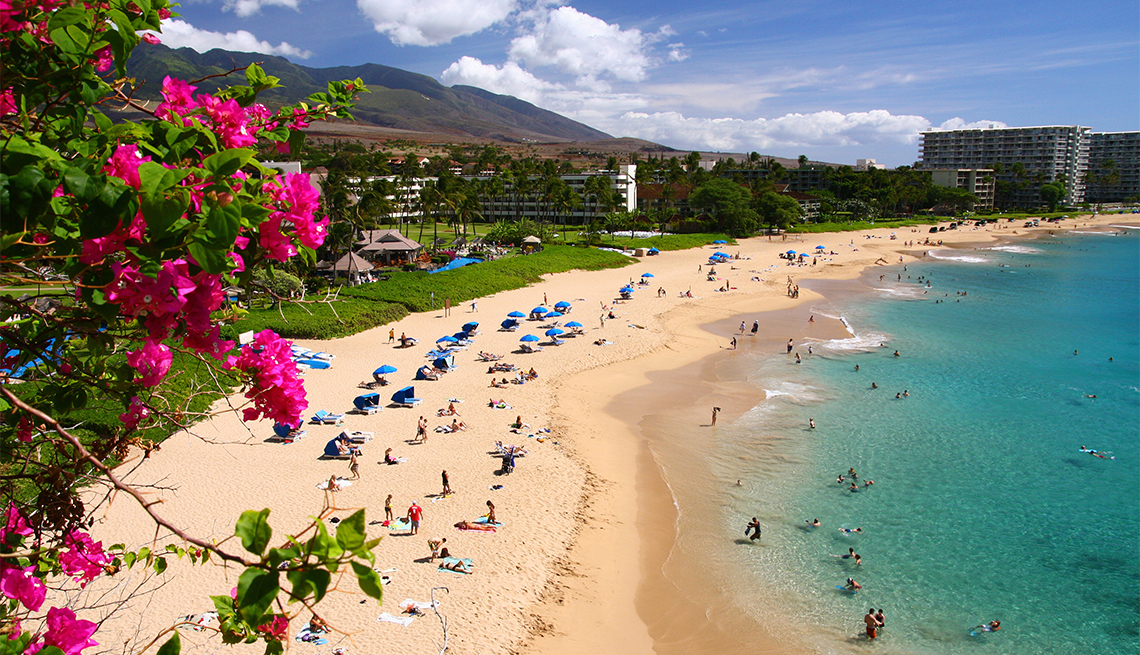 If you're traveling with a multigenerational group, you'll want lots of activities to choose from — and Maui has plenty. The west and the Wailea/Kihei sides contain mile after mile of brilliant, golden-sand beaches fronted by dozens of condos, hotels and resorts where you can rent Jet Skis, canoes and stand-up paddleboards. The island is also popular for whale-watching, whose tour season generally runs from October to early April. You'll find gorgeous vistas, including jaw-dropping views at the Keanae Peninsula and other spots along the Road to Hana (aka the Hana Highway). Then there are the fun small towns: Makawao has a cowboy feel and is home to an annual Fourth of July rodeo. Lahaina has outstanding shopping and an old South Pacific vibe. Hit the shops, then grab an ice cream and sit in the shade of the town's iconic banyan tree, which has dozens of trunks and vines that children love to climb. 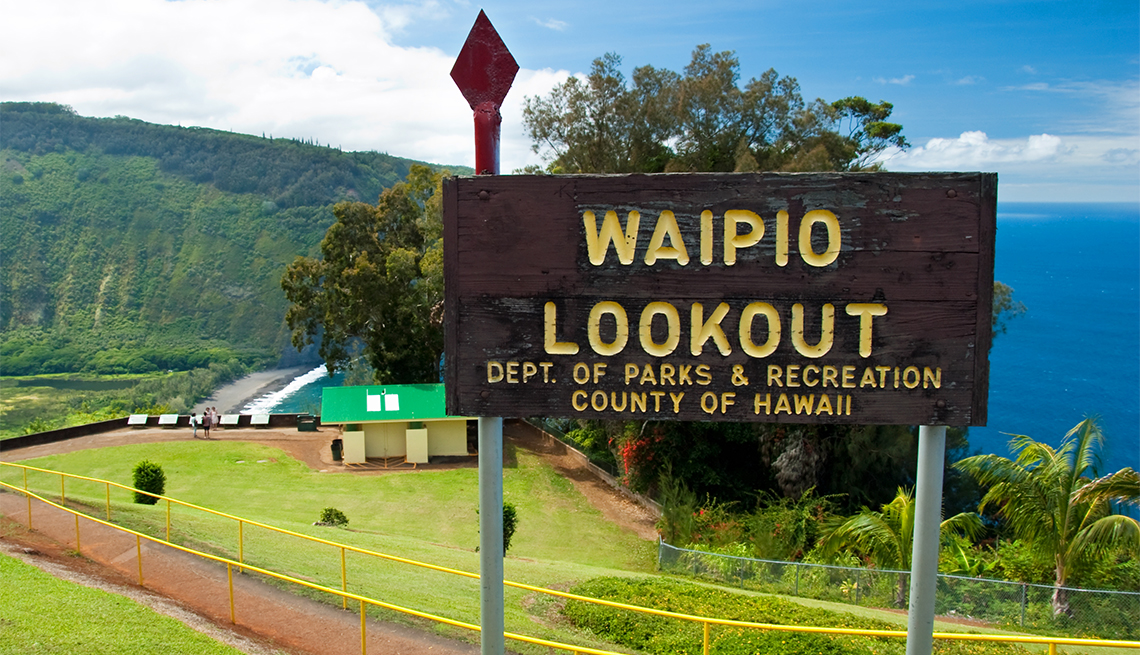 The Big Island (about 4,000 square miles) is especially rich with natural beauty. A must-see is Hawaii Volcanoes National Park, most of which is open now that the volcanic action has quieted. (Before you go, check the website for updates.) The east side of the island gets a good deal of rain, but that means it's home to spectacular waterfalls. Two of the prettiest are Akaka Falls and Rainbow Falls. They're a few minutes’ drive from downtown Hilo, a big town with a funky, hippie feel to it. Just north of Hilo, on a scenic side road, the Hawaii Tropical Botanical Garden is a luscious spot for lovers of tropical flowers and plants. Farther north are beautiful villages scattered along the coast and the Waipio Valley Lookout. (The valley, famous as the birthplace of Hawaii's King Kamehameha I, has no public roads and is best reached on foot.) The Kona side of the island features hot, dry weather and several gorgeous stretches of sand, including Hapuna Beach State Park. Drive to the end of the road at the Pololu Valley Lookout for wonderful views of the east coast. Several companies offer guided hiking trips on the island, including Wasabi Tours Hawaii and Tom Barefoot's Tours. 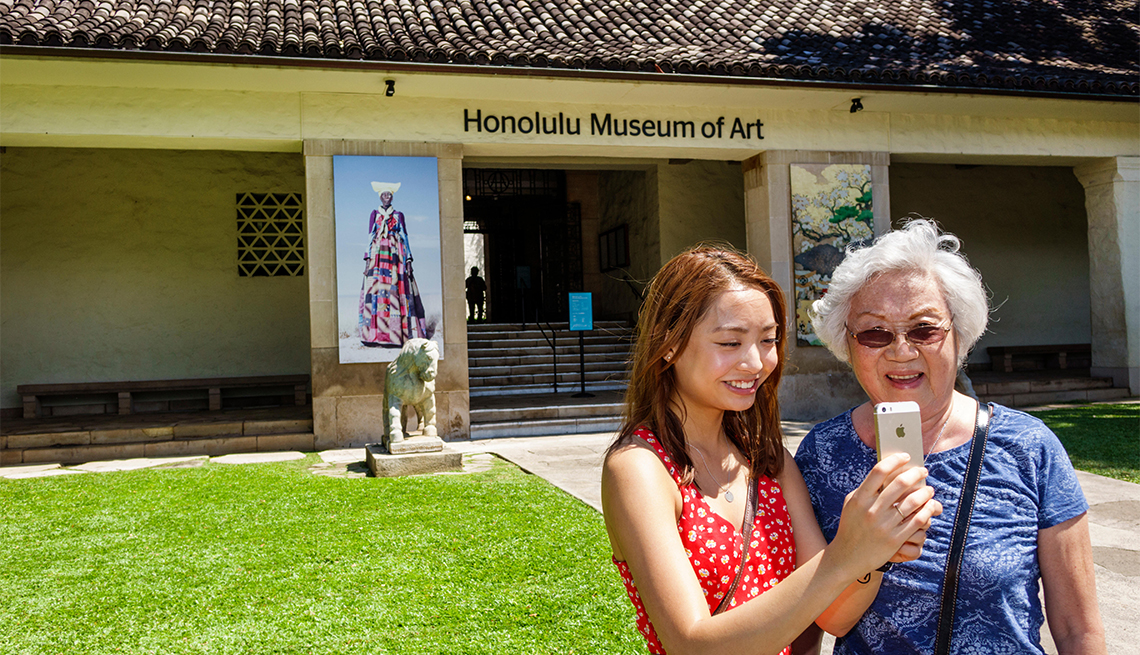 For urban fun and culture: Oahu

There's really only one big city in Hawaii: And that's Honolulu, home to about 350,000 residents, roughly a quarter of Hawaii's population. That makes Oahu -— by far the most populous, as well as the third-largest, island — terrific for folks who want a little city action to go with their beach or nature holiday. The new International Market Place is a high-end, open-air shopping and food spot, with everything from Billabong to Burberry. You'll also find lots of wonderful sit-down restaurants and the Street Food Hall by celebrity chef Michael Mina, where you can dine on everything from ribs and garlic shrimp to crunchy fish tacos. If you can't afford a luau but want some Hawaiian entertainment, they do free music, dancing and torch-lighting shows every Tuesday, Thursday and Saturday (weather permitting) at Kuhio Beach (part of Waikiki). The Honolulu Museum of Art features thought-provoking art from around the world, including everything from Japanese woodblocks to European art and Paul Gauguin paintings of Tahiti. The Bishop Museum tells the story of Hawaii and the remarkable settlement of these remote islands by voyagers who risked their lives in small canoes on the open waters of the Pacific Ocean. Iolani Palace, former home of the Hawaiian royal family, is the only royal palace on U.S. soil. Just a few minutes from the city, the Shangri La Museum of Islamic Art, Culture and Design is a stunning seaside palace filled with priceless Islamic art, built in 1937 as the Honolulu home for American heiress Doris Duke. Hotels on Waikiki Beach, such as the Royal Hawaiian, can be expensive. Try staying a block or two from the water, where rates drop dramatically. 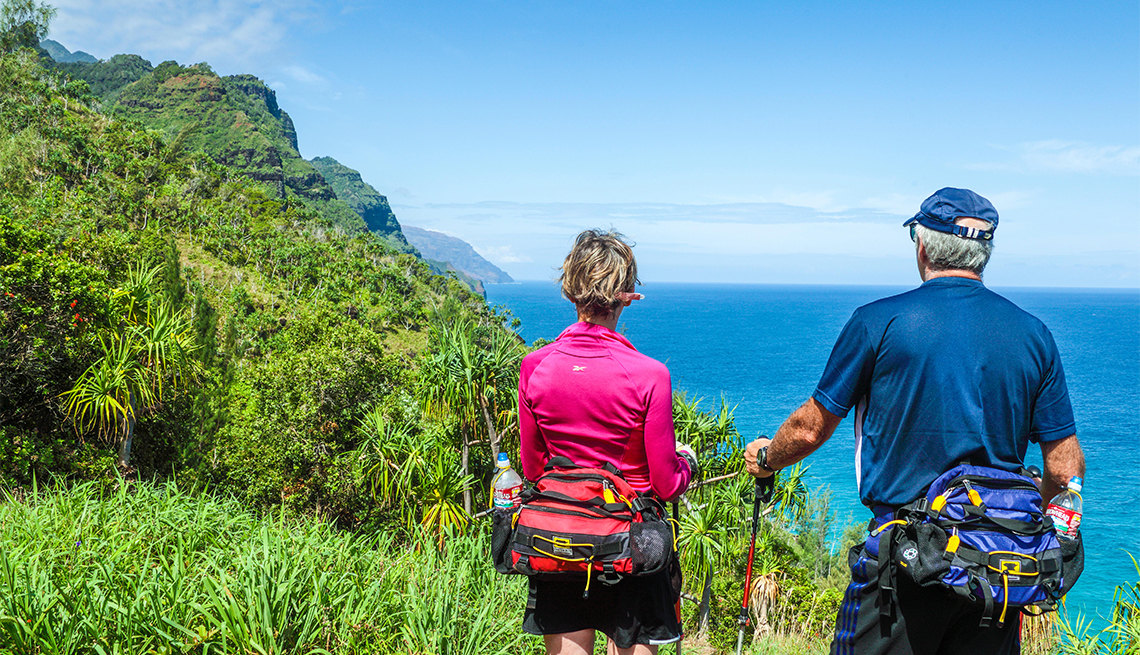 This is the Hawaiian island that feels the most like the South Seas. The north shore around Hanalei is truly spectacular, with deep, folded mountains of green that plunge into the blue Pacific Ocean. The hike along the Kalalau Trail (pictured above) takes ambitious walkers to deserted beaches with nary a footprint in sight. You also can get awesome views of the north shore by taking a helicopter ride or a snorkeling tour. Splurge on a room at the Princeville Resort overlooking Hanalei Bay, then try a casual dinner at Tahiti Nui, a restaurant/bar that was featured in the movie The Descendants with George Clooney. Take a drive up the west coast and check out the deep crevasses and brilliant orange-red rocks at Waimea Canyon, sometimes called the Grand Canyon of the Pacific. Don't miss the Kalalau Lookout, one of the most iconic and beautiful settings in Hawaii. Hanapepe is an artsy small town with a western feel and the wonderful Talk Story Bookstore. Kauai's best beaches are on the southwest coast in Poipu, which is drier and sunnier than the north shore. Poipu also has several nice resorts. 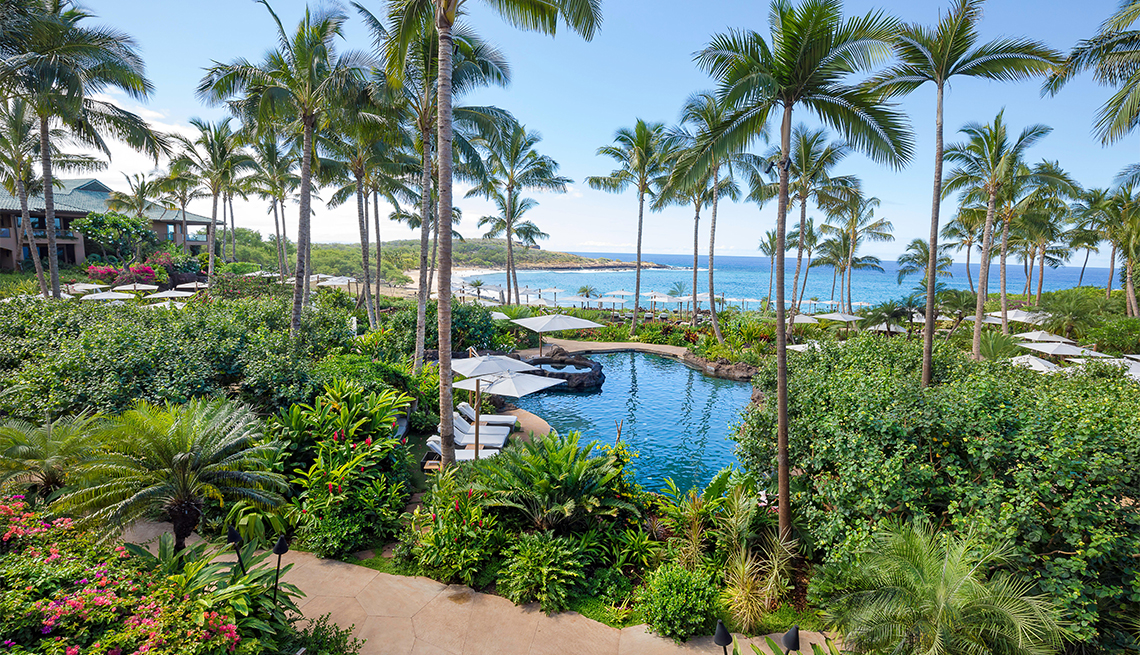 Larry Ellison of Oracle owns roughly 98 percent of Lanai — the smallest of the six major Hawaiian islands — and has talked about making it the most luxurious retreat on the planet. It's already quite posh. The Four Seasons Resort Lanai (pictured above) has superbly stylish rooms and a remarkable South Seas feel following a renovation a few years ago, with rooms often going for more than $1,000 a night. The hotel offers excellent cultural tours of this quiet island, and marvelous food at its Nobu restaurant. It's adjacent to Hulopoe Bay, home to one of the state's best beaches. If your budget's a little smaller — but you still want a rather luxurious stay — try Hotel Lanai in the town of Lanai City. 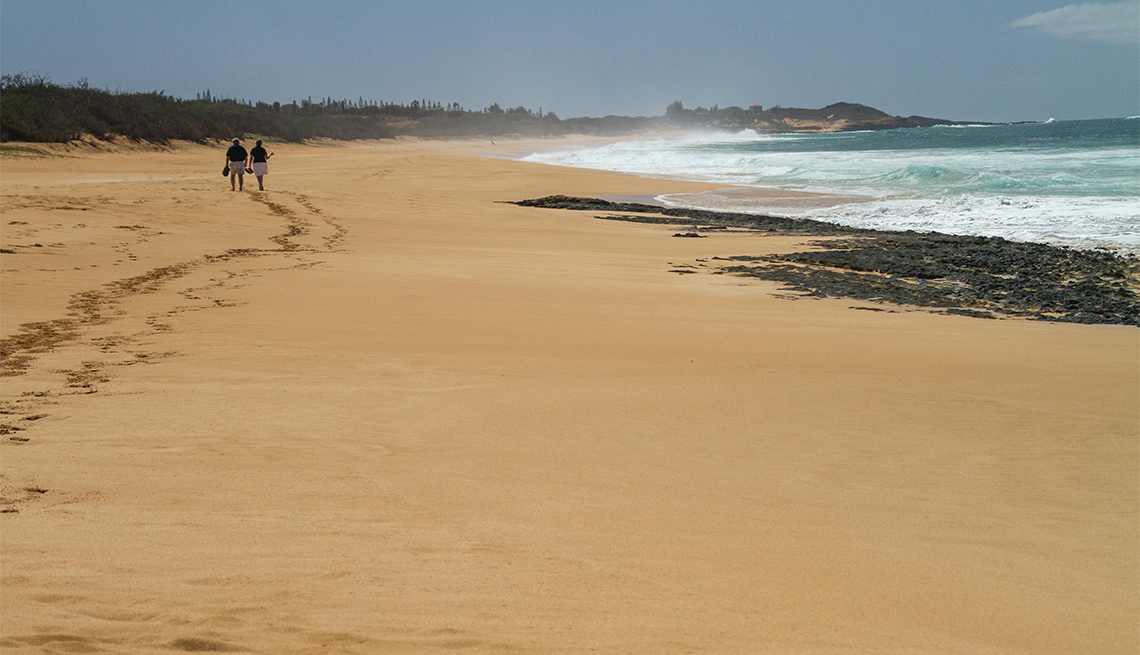 Molokai (pictured above) has only 8,000 residents on its 260 square miles — and not a single traffic light. You can find a few scattered condo rooms for rent, but there's only one real hotel: the small, attractive Hotel Molokai, whose rooms go for as little as $125 a night. The ferry between Molokai and Maui no longer runs, so the only way for most folks to get here is on a short flight from one of the neighboring islands — but if you make the extra effort to visit, you'll be rewarded with plenty of quiet and a much slower pace. Molokai is home to Kalaupapa Historical Park, which tells the heartbreaking story of the leper colony that existed here for so many years. There are several large, beautiful beaches on the west end (though they're treacherous in winter). The east side has a few small but pretty beaches, as well as the magnificent Halawa Valley, longtime home of a Hawaiian family named Solatorio. Sign up for their Halawa Valley Falls cultural hike for a Hawaiian and Molokai history lesson, and hike to a magnificent waterfall that spills silver water down an impossibly green mountain.