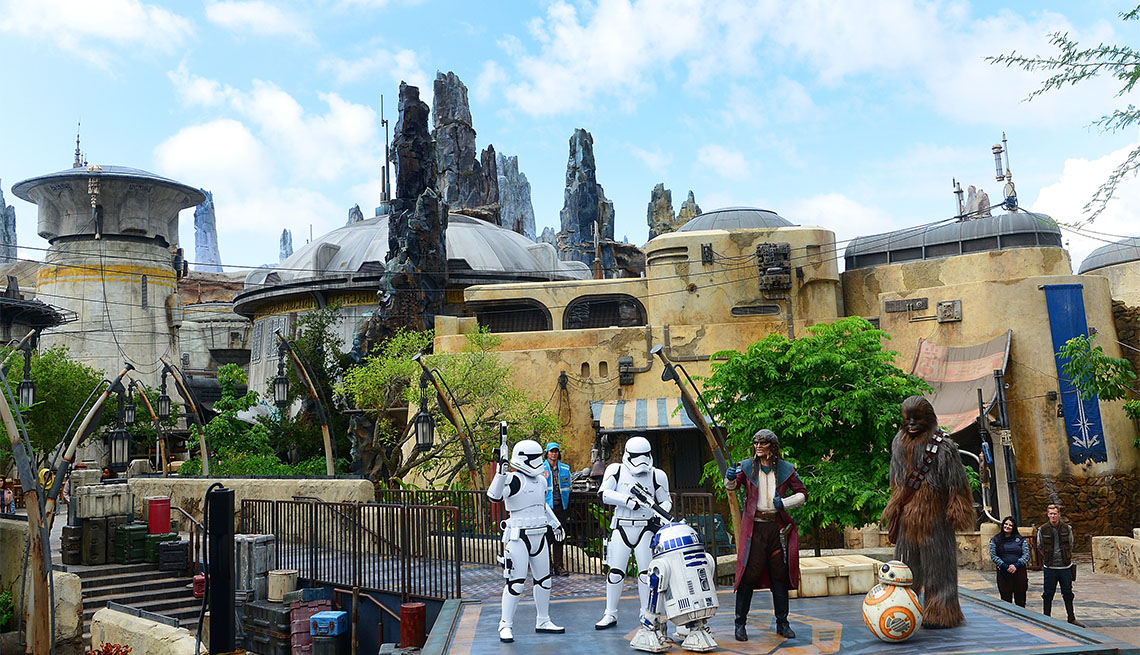 En español | Orlando, Florida, is always an irresistible draw for grownups and kiddos alike, but now there is even more reason to pack up the family and head to the theme park capital of the universe. Walt Disney World is in the middle of a major transformation that will continue into 2021, in time for the park's big, sure-to-be-epic 50th anniversary celebration that year. Other Orlando attractions are adding new features as well.

Here's a rundown of what's new and upcoming in the city of theme parks.

Disney's Hollywood Studios opened its newest land, Star Wars: Galaxy's Edge, in August, with 14 acres of intergalactic adventure. The centerpiece is the Black Spire Outpost, where novice crew members are recruited to fly the most famous “hunk of junk” in the universe on the Millennium Falcon: Smugglers Run ride/adventure.

Galaxy's Edge's headliner attraction, Rise of the Resistance (open Dec. 5), starts with new Resistance recruits boarding a transport to meet up with Rey and General Organa at a secret location in space. When the shuttle transporting recruits to the rebel hideout is gripped in a tractor beam and pulled into a First Order Star Destroyer, recruits come face-to-face with rows of Stormtroopers in a docking bay so massive that you'll absolutely believe you've stepped into an iconic Star Wars scene. Each stage of the ride grows more intense, until the final thrilling moment.

Disney's Star Wars: Galactic Starcruiser hotel is still being built; when it finally opens (the date has yet to be announced), it'll offer two-night Star Wars immersion experiences. They start with your taking a Launch Pod into outer space, where you'll board the Halcyon starship for the mission, during which characters and crew interact with expedition guests, and a “port excursion” to Batuu (Star Wars: Galaxy's Edge) via space shuttle is included. Onboard, all ages will be able to hone their skills with a lightsaber, relax with a Star Wars themed beverage in The Silver C Lounge, visit the Halcyon's bridge to practice ship navigation and defense, and more.

The key word is “runaway” in Mickey and Minnie's Runaway Railway, a zany ride opening at Disney's Hollywood Studios this spring, with Goofy driving the train and lots of high-tech special effects. (The attraction is also planned for Disneyland in California.) 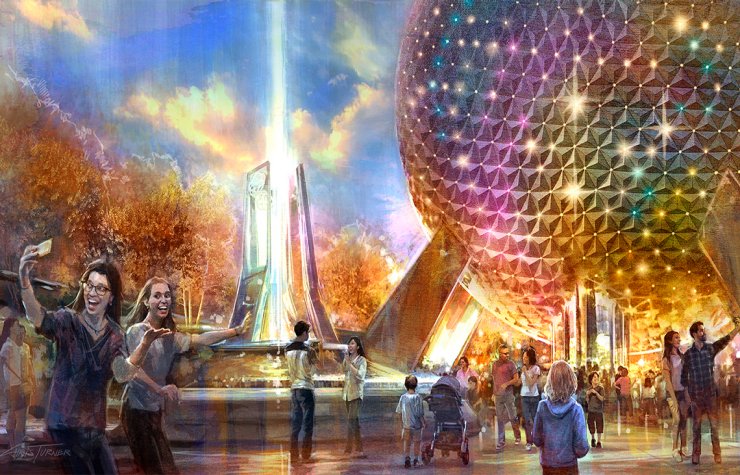 A replica of Epcot's World Celebration

Long known as the “educational” park under the Disney umbrella, Epcot is undergoing a major transition toward family-friendly adventures in 2020, as it divides into four “neighborhoods” featuring new experiences and enhancements to existing attractions.

In the works: World Celebration will host live events in a three-tiered structure behind Spaceship Earth, and nearby World Nature's exploration trail leads to gentle waterfalls and jumping fountains at Journey of Water, inspired by Moana. World Discovery will become teen-central as a Guardians of the Galaxy: Cosmic Rewind roller coaster offers riders hair-raising hurtles through the cosmos, complete with 360-degree vehicle rotation and a backward launch. It will also have a Space 220 restaurant, offering a view of the stars, and the PLAY! Pavilion cityscape, with hands-on games featuring Disney characters.

Possibly the biggest news occurs in World Showcase, with the France pavilion's revamping. Additions will include Remy's Ratatouille Adventure, a rollicking ride based on the exploits of Chef Remy in the movie Ratatouille (set to open next summer), plus a Beauty and the Beast Sing-Along for young children.

And a portion of the United Kingdom pavilion will become Cherry Tree Lane, home to the Banks family and their practically perfect nanny, Mary Poppins (few other details have been announced).

The China and Canada pavilions will be refreshed with new films, and an evening fireworks show, Epcot Forever, will play on the central lagoon until summer. After that the HarmonioUS spectacular, inspired by favorite Disney musical scores, will light up World Showcase with fountains, pyrotechnics, floats and other dramatic displays.

Excitement at Universal and SeaWorld

Universal Orlando ups the adrenaline level with an upcoming Jurassic Park roller coaster, rumored to be called the Velocicoaster, in the park's Islands of Adventure. And SeaWorld Orlando is adding a megacoaster called the Ice Breaker, featuring two forward and two backward launches, plus a 100-degree drop from a 93-foot spike! It opens this spring.

But wait, there's more: Universal Orlando will be opening a new theme park (its fourth) and entertainment district, Universal's Epic Universe, in the coming years, with attractions, shops, restaurants, hotels and more. It will be where, according to the company, “guests will venture beyond their wildest imagination."

News beyond the theme parks

Theme-park development is going at full throttle, but there are a few other notable projects on the way. In 2020, you will be able to test your nerve on ICON Park's Orlando Slingshot bungee catapult, which rockets riders 450 feet into the air, and brave the 400-foot Orlando Gyro Drop Tower, with its 75 mph drop (and a surprise twist).

If you need a break from all the excitement, you can cool off with a day pass ($44.99) to the new Margaritaville Orlando Resort's water park, Island H2O Live!

The brand-new Gran Destino Tower at the Coronado Springs Resort has the luxury of a deluxe hotel at a more moderate price. And Universal Orlando's Endless Summer Resorts has two new or upcoming additions, Surfside Inn and Suites (recently opened) and Dockside Inn and Suites (opening by summer 2020), that are both easy on the wallet. Guests receive a nice little perk: Early Park Admission, allowing you to enter Universal's theme parks an hour before their scheduled opening.

Susan Veness is the author of 'Disney World Hacks: 350+ Park Secrets for Making the Most of Your Walt Disney World Vacation (2019).'