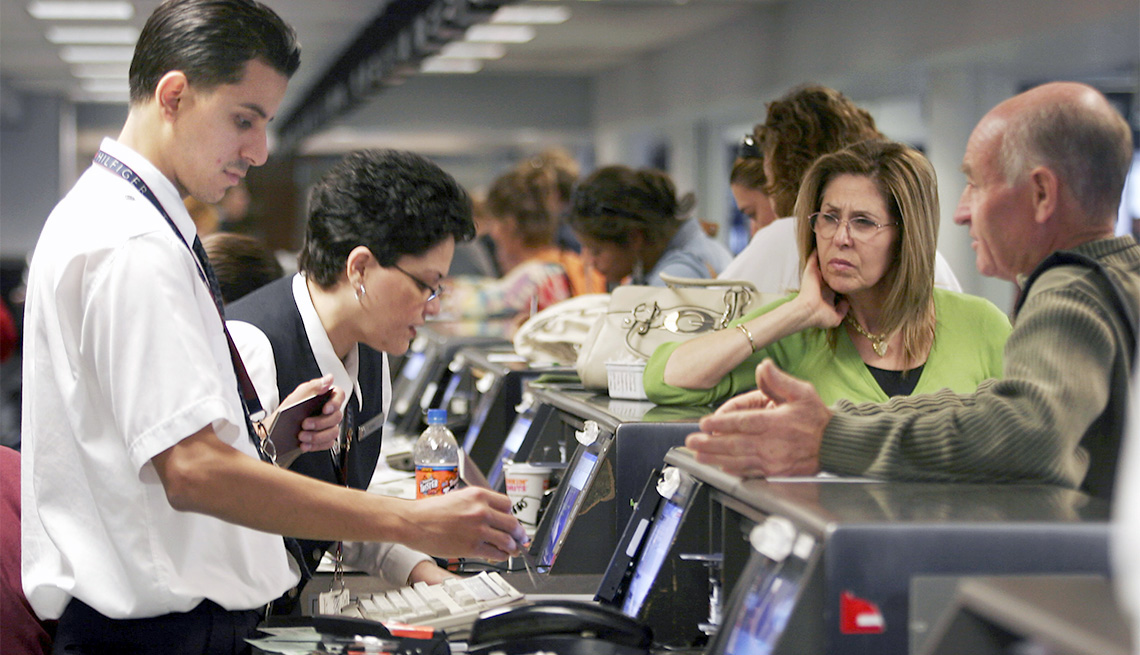 En español | If you’re planning to fly after Jan. 22, you may not be able to use your driver’s license as a form of identification to get through security. That’s thanks to the REAL ID Act of 2005, which everyone in the travel industry is hoping you — and the other 719 million passengers who fly domestically every year — have heard about.

The law, a counterterrorism measure that followed 9/11, calls for states to issue driver's licenses with more security features — such as scannable bar codes and digital photos. They will be required for people to board any commercial flight and enter federal facilities and military bases.

Passports or other approved forms of federal identification — such as a border-crossing card, U.S. military ID, TSA Pre-Check or Global Entry card — can be used as an alternative. You will need this alternative ID if you live in one of 24 states that have yet to add the security measures to the driver's licenses they issue. And you may need to get a new, updated license if you live in one of the states that already offers them.

Enforcement begins on Jan. 22. You can check your state’s status on the Department of Homeland Security website's interactive map. Some states have been granted extensions to make their licenses compliant.

“It’s very complicated,” admits Katy Lloyd, spokesperson for the Virginia Department of Motor Vehicles. Virginia has just been granted a REAL ID extension until Oct. 10, 2018, when the state plans to have compliant licenses ready. Until then, residents can get through security using the driver’s licenses they already have.

Delays are caused at least in part by the controversy over the legislation. Its opponents include some legislators who have called it an “unfunded mandate” that is too expensive to implement. The American Civil Liberties Union considers the REAL ID Act a serious threat to Americans' civil rights that will “lead to a slippery slope of surveillance and monitoring of citizens.” In 2012 the ACLU declared “REAL ID is dead,” as states including Maine, Hawaii and Utah had passed laws prohibiting their participation in the REAL ID Act.

Many states have repealed or are repealing those laws. While they are working on new compliant driver’s licenses, they also plan to offer unenhanced licenses as an option to residents.

The bottom line: You don’t want to find yourself barred from flying because you didn’t realize your old-school license is no longer an acceptable form of identification. If your state doesn't have the new IDs, there is still time to get a passport or apply for another ID, says Tom Spagnola, senior vice president of supplier relations at the online travel agency CheapOair.

Spagnola says airlines, not to mention airport security agents, don't want to face a slew of angry and confused travelers when enforcement begins. Many in the travel industry are working overtime to inform the public, so he's hopeful the message will get through: “We still have three more months to work on passenger awareness.”