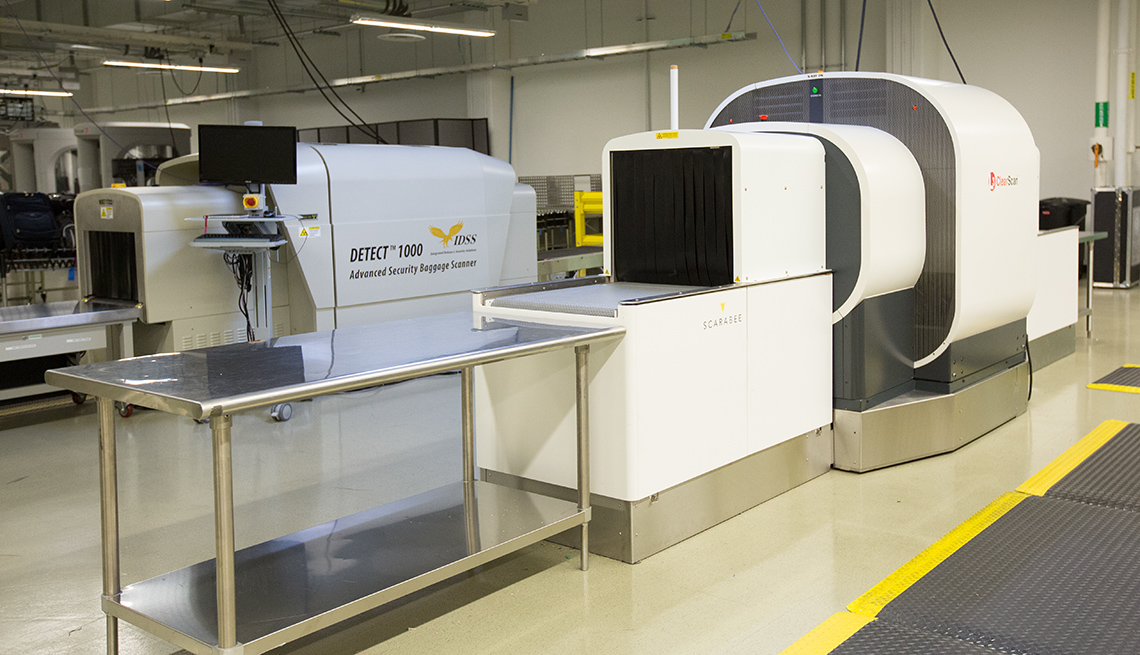 Going through traditional airport security checkpoints may be something you dread. From removing your shoes, belt and coat to taking out your laptop and liquids, you can quickly become flustered as the line starts to build. In an effort to improve the screening process, the Transportation Security Administration (TSA) is testing new carry-on bag scanners at certain passenger checkpoints.

The new 3-D X-ray machine is similar to the one used for checked baggage, but it has been redesigned to fit the passenger checkpoint area at airports. The computed tomography scanner, also known as a CT scanner, shoots hundreds of images with an X-ray camera that spins around the conveyor belt to provide TSA officers with a three-dimensional picture. Current X-ray machines for carry-on baggage offer two-dimensional (2-D) views. These new scanners offer clearer pictures for officers and allow them to rotate the 3-D image for a more thorough analysis.

At some point the 3-D scanners could allow passengers to leave laptops, other electronics and possibly even liquids in their bags, according to the Boston Globe. But as part of the initial testing period at Sky Harbor International Airport in Phoenix and Logan International Airport in Boston, passengers must still remove liquids and electronics. AARP previously reported how the TSA has begun to scan more than just laptops at airports.

Though the screening process may eventually be quicker and require less work on your part, officials say it won’t be any less secure.

“We already use this type of technology for checked baggage, and we expect these smaller checkpoint-sized machines will provide the same high level of security,” said TSA acting administrator Huban Gowadia.

Eligible passengers who do not want to wait until the new technology is approved for all airports can sign up and pay for the TSA PreCheck program, which provides expedited security screening.