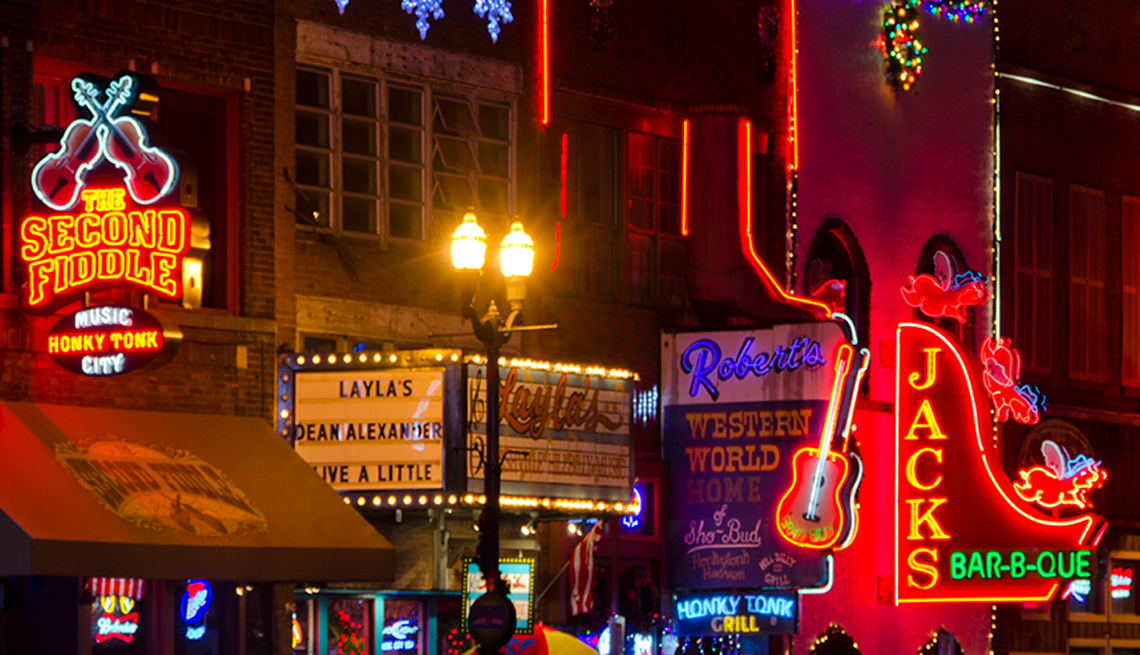 If you love country music, we recommend visiting Nashville.

En español | Music City is celebrating a host of milestone anniversaries this year: The Country Music Hall of Fame and Museum will toast its 50th with special exhibits honoring standout country stars ranging from Loretta Lynn to Jason Aldean. The Ryman Auditorium marks its 125th anniversary with regular shows from its first music “residency”: Little Big Town. Catch one of the two live acts nightly at the always-packed Bluebird Cafe, which is celebrating its 35th anniversary. (Don’t miss the sweet potato fries.) Take an intermission from all the music events at the centrally located Gaylord Opryland Resort; make sure to sneak in a couple’s massage at the European-inspired Relâche Spa. 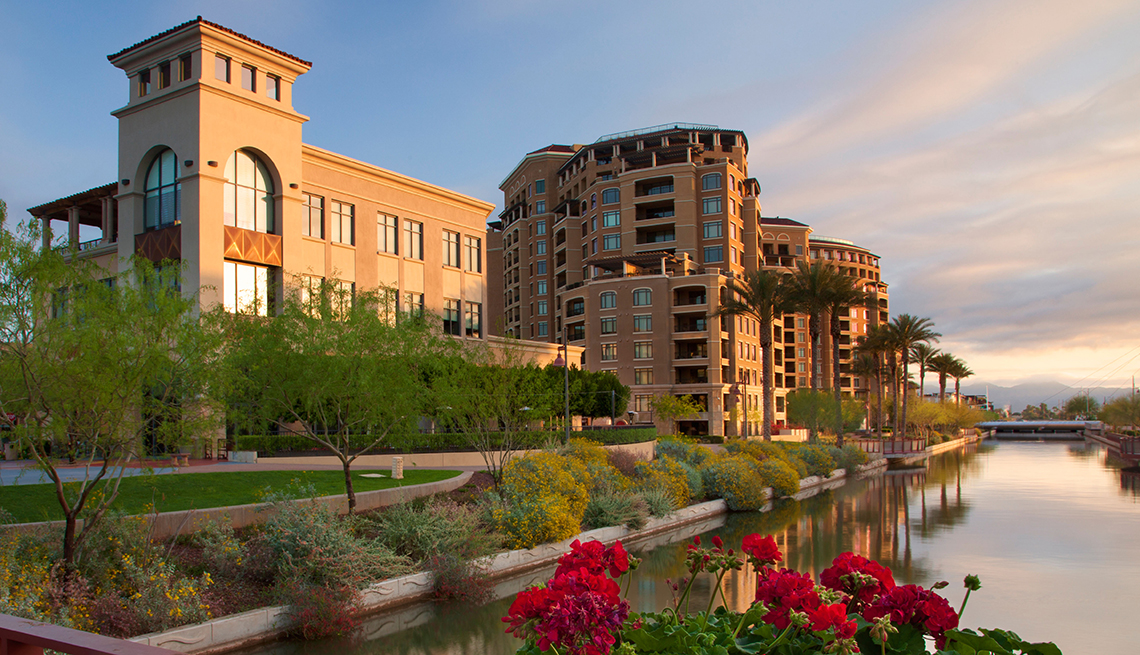 There are many attractions along the Scottsdale waterfront.

Scottsdale, Ariz.: Unplug in the Southwest

Looking for a wellness retreat? Try the Andaz Scottsdale Resort & Spa for a little rest and relaxation, with the majestic Camelback Mountain as the backdrop for the 23-acre property. While there, try a treatment that uses botanical ingredients at the new Palo Verde Spa & Apothecary. Pull up a chair and watch a chef prepare your meal at the resort’s Weft & Warp Art Bar and Kitchen right after a hike to Pinnacle Peak. For a girlfriend getaway, reserve a suite at the Joya Spa at the Omni Scottsdale Resort & Spa for a day of private treatments, or lounge at one of the three pools. Feeling adventurous? Take a road trip to Lost Dutchman State Park, Sedona or the Grand Canyon, with one of the spas as your well-appointed home base. 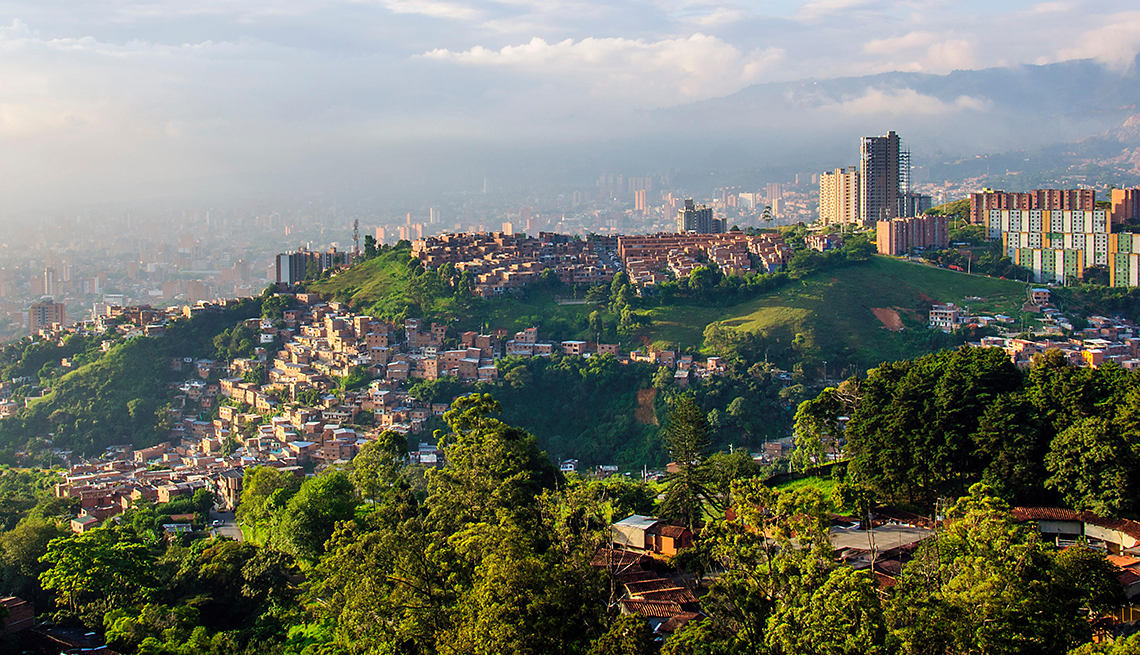 Some outdoor adventures in Medellin include hiking, zip-lining and horseback riding.

If you love Costa Rica, try Colombia’s second-largest city, Medellín, an unexpected alternative for an active, budget-friendly “Euro-chic” vacation. Visit the belly of the Aburrá Valley for hiking, zip-lining and horseback riding. Travel through the lush jungle to Piedra del Peñol, then climb 740 steps to the top for unforgettable views of the city. Art lovers will enjoy the annual international jazz festival and international tango festival. This commuter-friendly city boasts a high-tech transit system that combines metro cars, cable cars and outdoor escalators. It’s no wonder that in 2016, the Huffington Post ranked Medellín as No. 3 on its list of “Best Places to Live or Retire.” 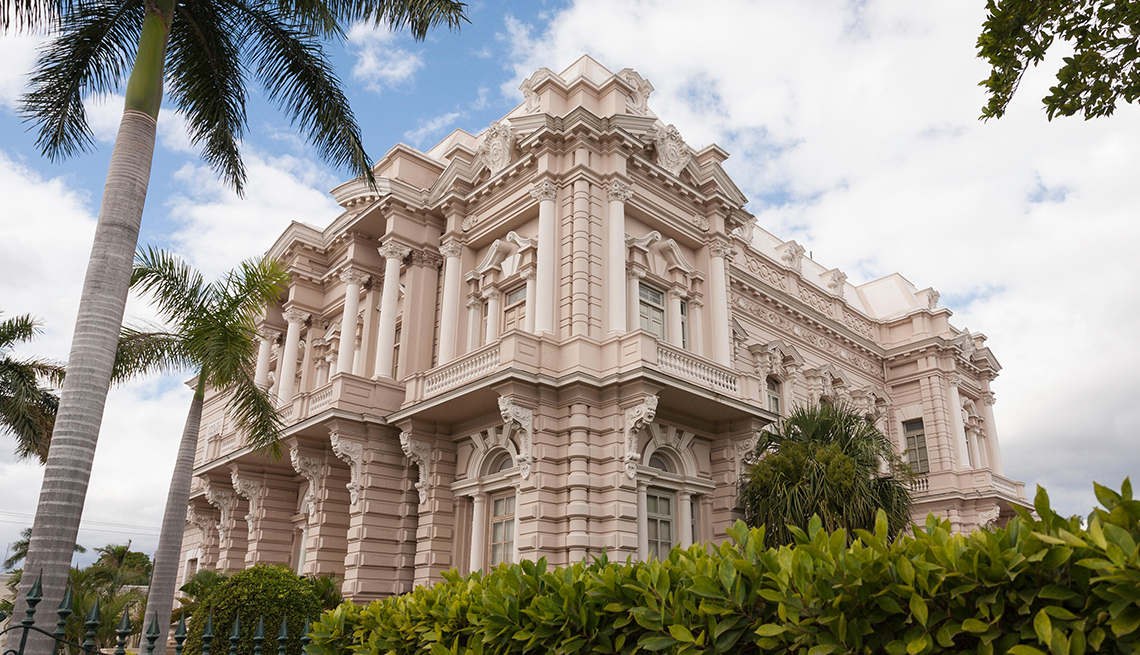 Merida is known for its cultural and sporting events.

The White City (La Ciudad Blanca), as Merida has been dubbed due to the large amount of white limestone used in most of its buildings, was selected as the American Capital of Culture for 2017 — for the second time. That means locals and visitors can experience more than 60 large-scale cultural events this year, including Jazz Nights in Santa Ana Park, the International Festival of Light in Plaza Grande, Salsa Night in Plaza de la Independencia (Sunday nights) and a traditional pok-ta-pok match (similar to football) every Friday on Calle 60 (60th Street). Explore Mayan heritage at the Gran Museo del Mundo Maya, which houses 1,100 artifacts, and at the popular Mayan site Chichen Itza. 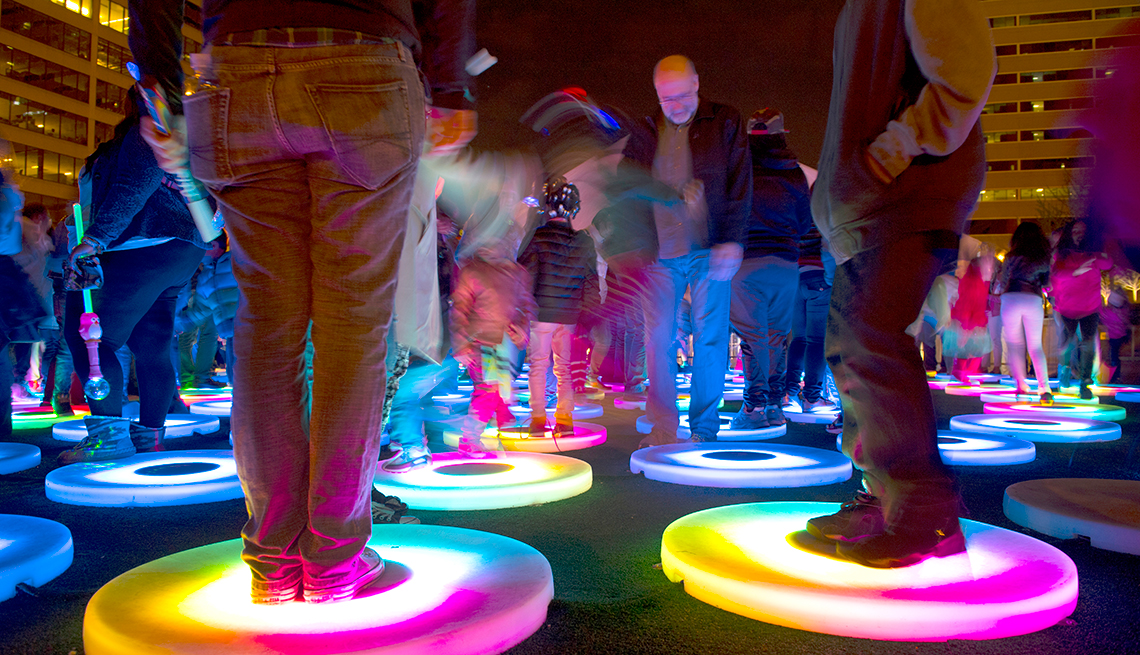 Photo courtesy of the Baltimore Office of Promotion & The Arts

Consider visiting Baltimore for its restaurants and to see the Festival of Bright Lights and Big Ideas.

Baltimore: Explore One of America’s Most Charming Cities

Named to Thrillist’s list of the “7 Most Underrated American Food Cities,” Baltimore is clearly having a moment. Explore the 50,000-square-foot R. House, an auto shop transformed into seven restaurants, a cafe, an ice cream shop and a bar, and which includes space for hip new chefs to showcase their talents via pop-up restaurants. Visit the family-friendly Festival of Bright Lights and Big Ideas (March 31 to April 8), which includes 28 large-scale original works of light art, 50 concerts and 100 performances. A trip to “Bawlmer” isn’t complete without a stop at the world-renowned National Aquarium. After communing with the fish, decamp to the new Sagamore Pendry Baltimore hotel that’s due to open this spring on the historic Recreation Pier. 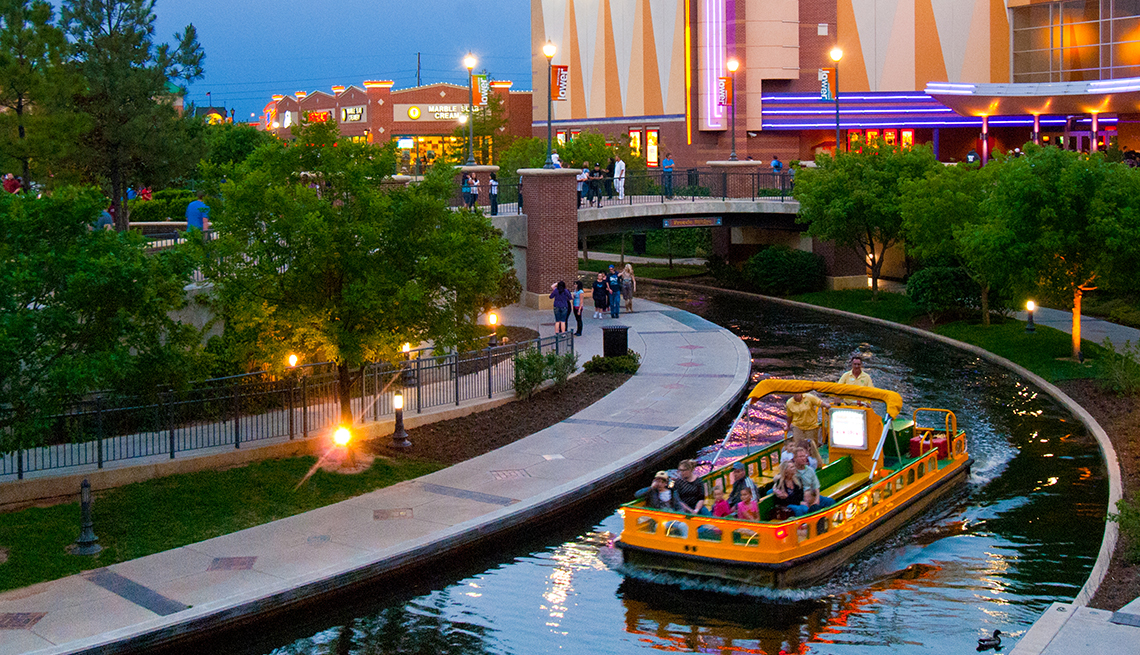 Oklahoma City is known for its Urban Renaissance.

If 3,000 hours of annual sunshine doesn’t lure you to Oklahoma City, here’s what will: the urban renaissance. OKC has spent $5 billion in construction projects, including a mile-long canal that winds through Bricktown, a once-vacant warehouse district that’s now an entertainment hub. The city boasts 23 new hotels, such as 21c Museum Hotel, named to Travel + Leisure’s list of “Best New Hotels Around the World.” It’s built inside an old Ford Motor Co. assembly plant. Before leaving, get your cowboy on at the American Banjo Museum or the National Cowboy & Western Heritage Museum, which houses one of the most comprehensive collections of Western art in the world.