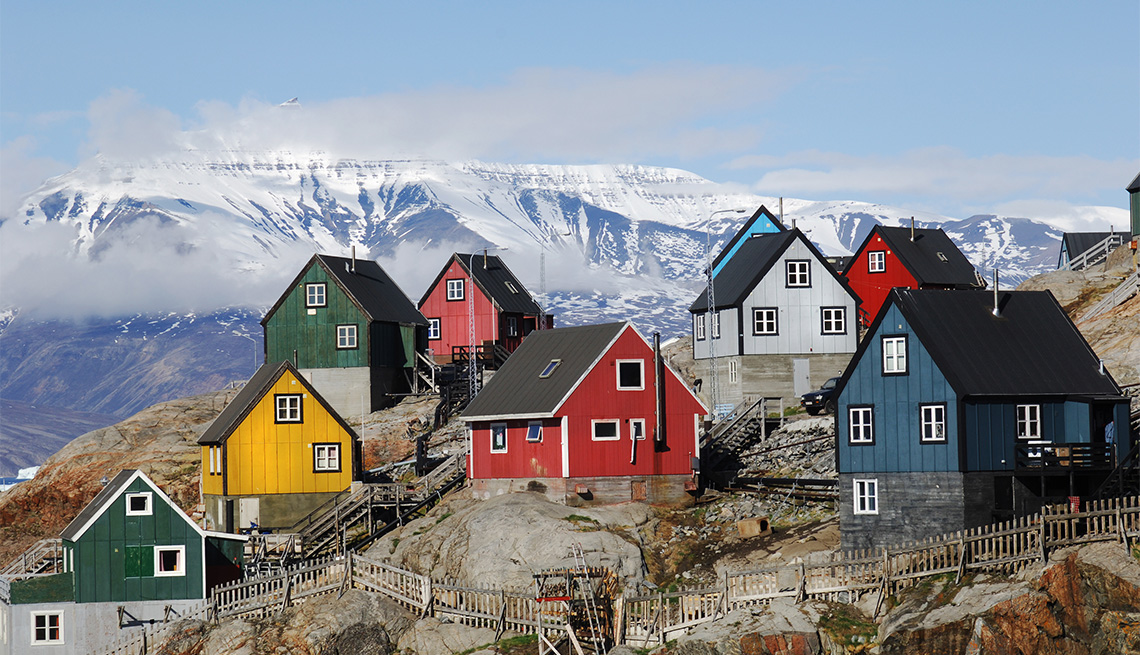 En español | It seems safe to say that Greenland is not high on the typical American's must-visit list. In 2018, only 2,677 travelers from the U.S. made overnight trips to the country.

But with Greenland suddenly in the news, thanks to questions about whether the U.S. could buy the dependent country from Denmark (it's not for sale), both the Greenland tourism board and some tour operators are reporting a new burst of queries from potential travelers. The Intrepid Travel website, for example, has seen a 237 percent uptick in traffic to its Greenland pages.

"Travelers’ curiosity is definitely piqued,” says Kim McCabe, spokesperson for the tour company G Adventures, which also has seen about a 225 percent increase in online traffic to Greenland itineraries. (Conan O’Brien may stoke further interest with his primetime special, Conan Without Borders: Greenland, which he filmed in Greenland this week and airs September 3 on TBS.)

To be fair, interest in the massive country was already growing among U.S. travelers, says Amelia Sugerman, public relations manager for Collette Travel, which offers a trip that includes visits to both Greenland and Iceland. She suggests that Americans have seen Iceland become crowded with visitors, and “they want to go to Greenland before it becomes big, too.” Iceland drew about 260 times the number of U.S. travelers (694,814) in 2018.

And then there's the fear that Greenland's glaciers may soon be diminished by global warming: “People are saying I want to see it before the ice melts,” says Brandon Hagg, a polar-travel expert with Polar Cruises, a specialized booking agency focused on Arctic and Antarctic cruises.

Country basics: Greenland is geographically part of North America, but a dependent country of Denmark, with limited but increasingly autonomous self-government. The country is huge, 836,300 square miles (more than three times the size of Texas) and the world's largest non-continental island — 80 percent of which is covered in a massive ice sheet — but home to fewer than 60,000 residents, many of them Inuit. The capital is Nuuk (pop. 18,000). Greenland's currency is the Danish krone, and the official language is an Inuit-based language called Kalaallisut or West Greenlandic, though many residents speak Danish.

What it's like: Gorgeous. While overtourism is threatening many other areas of the world, Greenland is still a blessedly quiet, ruggedly beautiful and unspoiled country. Highlights include the Ilulissat ice fjords, a spectacular sea of icebergs; the iconic Eqip Sermia Glacier; towns such as Illulisat and Sisimiut, the latter known for its brightly colored wooden houses; and cultural experiences such as the traditional Greenlandic ‘kaffeemik’ — a custom where a resident opens their doors for their neighbors to pop in for coffee and cake that's incorporated into the itineraries of many small tour groups.

Getting there and around: Most people visit by cruise ship — 27,000 passengers came through in 2017. They're eager for spectacular views of majestic glaciers and glimpses of the Northern Lights and, perhaps, interested in learning to pronounce the names of Greenlandic hot spots such as Qaqortoq (ka-KOR-tok) and Uummannaq (u-MON-ock).

There are no direct flights from the U.S. to Greenland. If you don't arrive by ship, you need to fly from Denmark or Iceland to Kangerlussuaq airport on the west coast. The country's largest towns have hotels, allowing for some land-based travel, but don't expect to jet in for a cross-country road trip: There aren't really any roads between inhabited areas.

When to go: Almost all tourism to Greenland is in July and August, when travelers can experience the eerie midnight sun and it's at its warmest. (It's still rather nippy. In July, the hottest month, the average temperature in Nuuk is 46 degrees.) Some trips are in September, when you get some darkness and, therefore, a shot at seeing the Northern Lights. 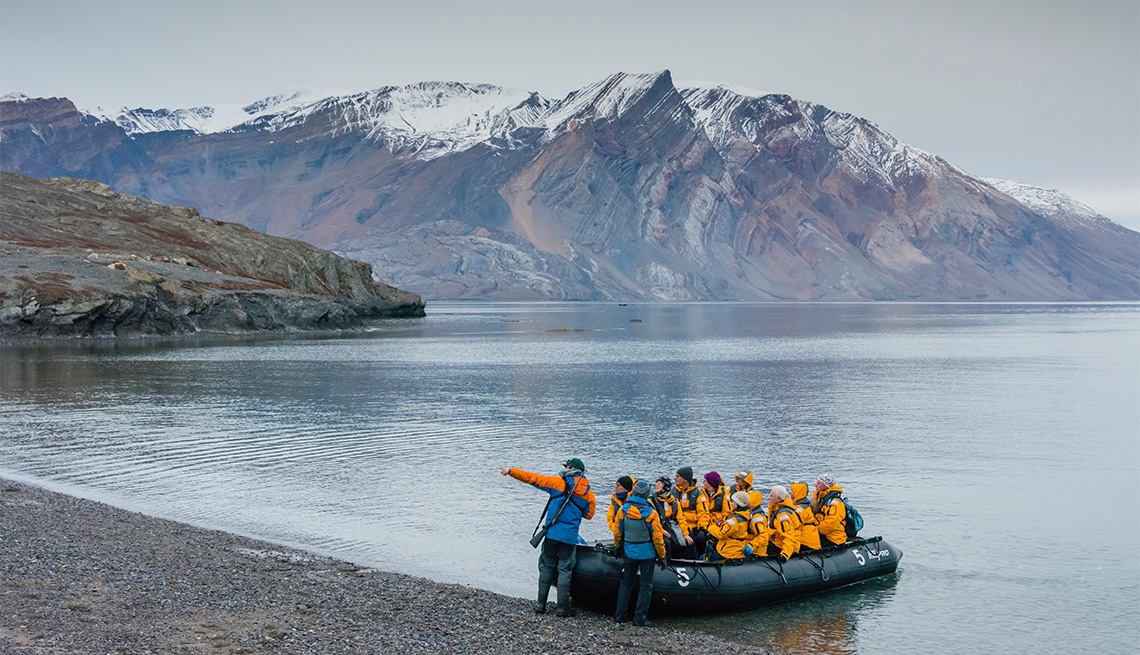 Greenland Expedition (Intrepid Travel). An 8-day small-group trip (no more than 12 passengers) that's land-based, which allows for lots of local interaction. Focused on the towns Nuuk and Ilulissat, it includes hikes along the Kangia Coastline and a cruise through the famous Ilulissat ice fjord. Starts at $4,845.

Greenland and Iceland: A Nordic Inspired Voyage (Collette Travel). A 9-day journey on a 198-passenger ship operated by Albatros Expeditions, leaving from Reykjavík, Iceland, but centered on Greenland, with stops to explore the country's small west-coast towns. Starts at $4,999.

Arctic Expedition: Baffin Island & Greenland (Road Scholar). A bucket-list-length (15 days) small-group trip from the Canadian Arctic Archipelago to Greenland on Adventure Canada's ship Ocean Endeavor. It's active — passengers embark and disembark the ship on Zodiacs at all ports of call in sometimes choppy seas and walk a few miles on hilly terrain some days — as well as educational. Naturalists offer lectures and guided explorations of fjords and remote areas. Starts at $12,499 (including taxes and gratuities, plus airfare from some cities).

Arctic Highlights Tour (G Adventures). Another 15-day cruise, this one on the 134-passenger G Expedition, departing from Longyearbyen in Norway. It includes more than five days exploring the massive fjord system of Northeast Greenland National Park — most cruises don't visit this mostly uninhabited corner of the country — plus the remote community of Ittoqqortoormiit, and has onboard naturalists and other experts to guide and educate. Starts at $6,449. 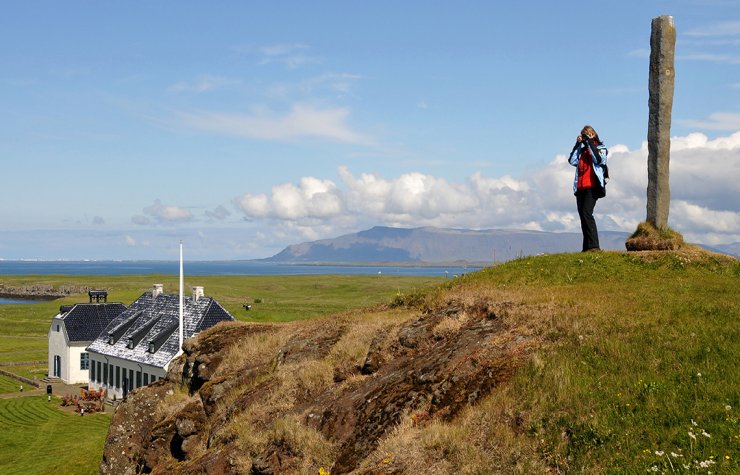 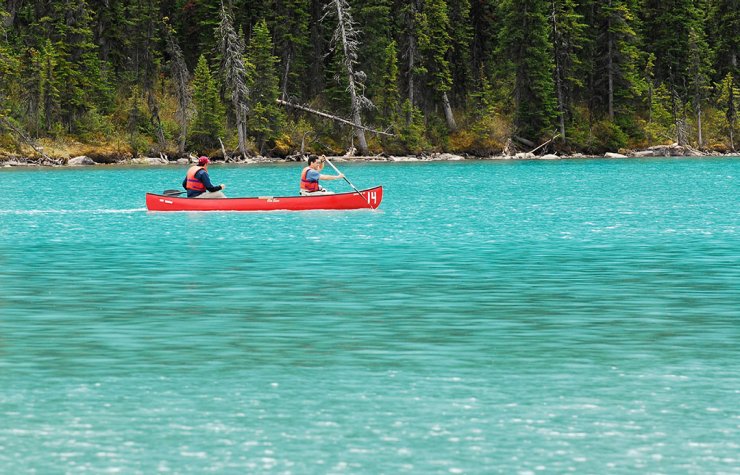