En español | Budapest is one of those under-the-radar destinations that's been growing more popular — through word of mouth and the increasing number of river cruises along the Danube exposing passengers to its many charms. 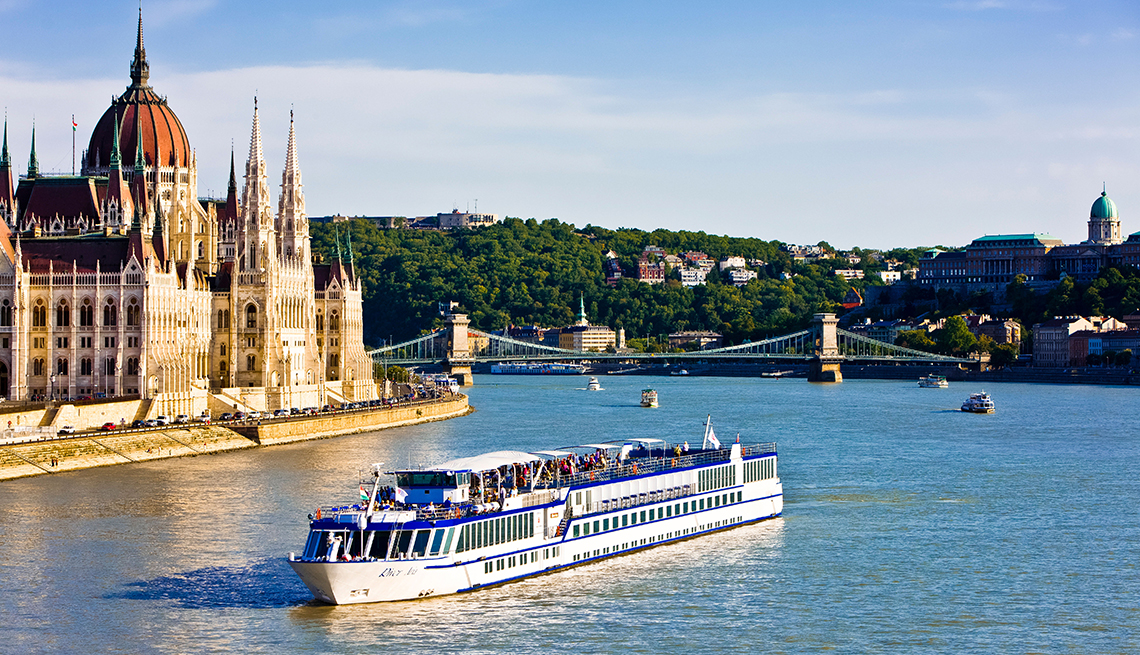 You can see some of Budapest’s most iconic sights on a scenic cruise along the Danube.

Hungary’s capital gets its name from its two main districts, Buda on the west side of the Danube River, and Pest on the east, where you’ll want to stay because it’s closer to the city’s main attractions. Check into Moments Hotel, housed in an artfully restored 19th-century building along Andrassy Avenue, a World Heritage Site and one of Budapest's most popular streets for shopping and dining. (Note that even a four-star hotel like Moments can be surprisingly affordable, sometimes even less than $150 a night.) From there you can wander over to the nearby St. Stephen’s Basilica, honoring two people crucial to the city’s history: Stephen I, Hungary’s first king, and Ferenc Puskás, a soccer star who led Hungary to Olympic gold in 1952 and acclaimed wins over England in 1953 and 1954. Take a peek at the equally elegant Parliament Building, and then head down to the Danube for a dinner cruise (there are many to choose from, but there's a lovely candlelit cruise if you're feeling romantic). For dessert, savor one of the most romantic skylines in Europe — then get a real sweet at the Artist Cafe on Andrassy Avenue. 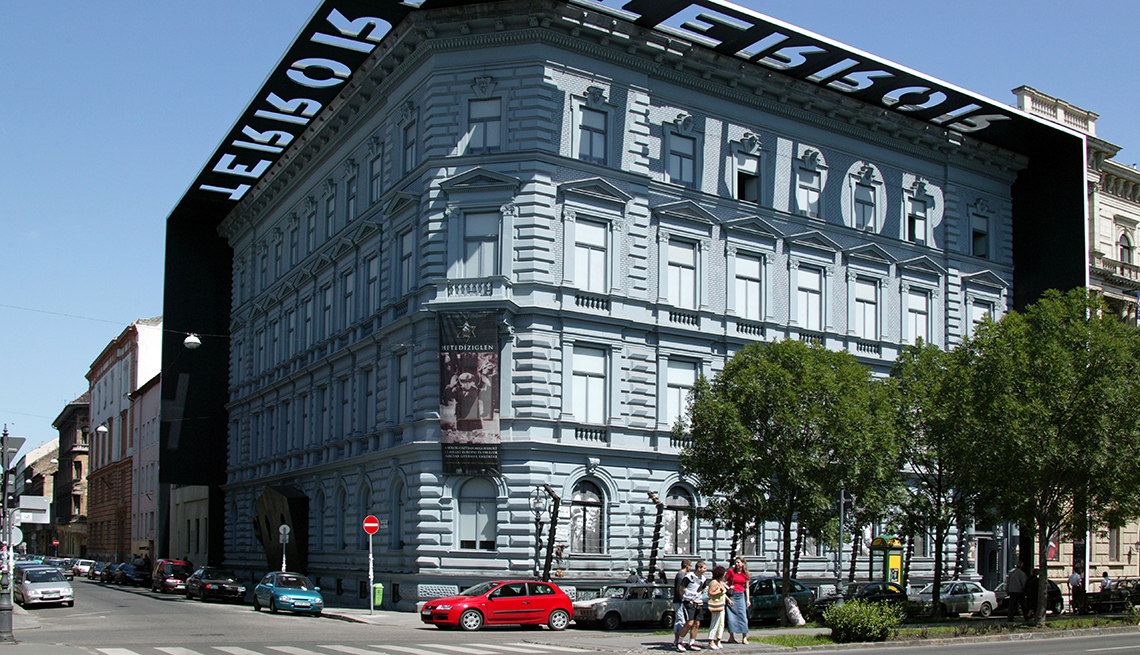 The House of Terror honors the victims of the fascist and communist regimes.

After the Berlin Wall fell, Hungarians tore down statues of their former Soviet occupiers. But instead of trashing them, they’re now displayed at the kitschy, yet moving, Memento Park, where sculptures of Marx, Stalin, and Russian soldiers now preside. Back in town, the aptly named House of Terror shows the horror behind Soviet rule as well as fascist rule. Located in the former secret police headquarters, the museum preserves cells where the dictatorship imprisoned enemies of the state. After the Russians left, entrepreneurs transformed dilapidated Soviet-era buildings into “Ruins Pubs,” a combination of nightclub, restaurant and community center, welcoming visitors of all ages. Try Szimpla Kert — one of the oldest and most popular. 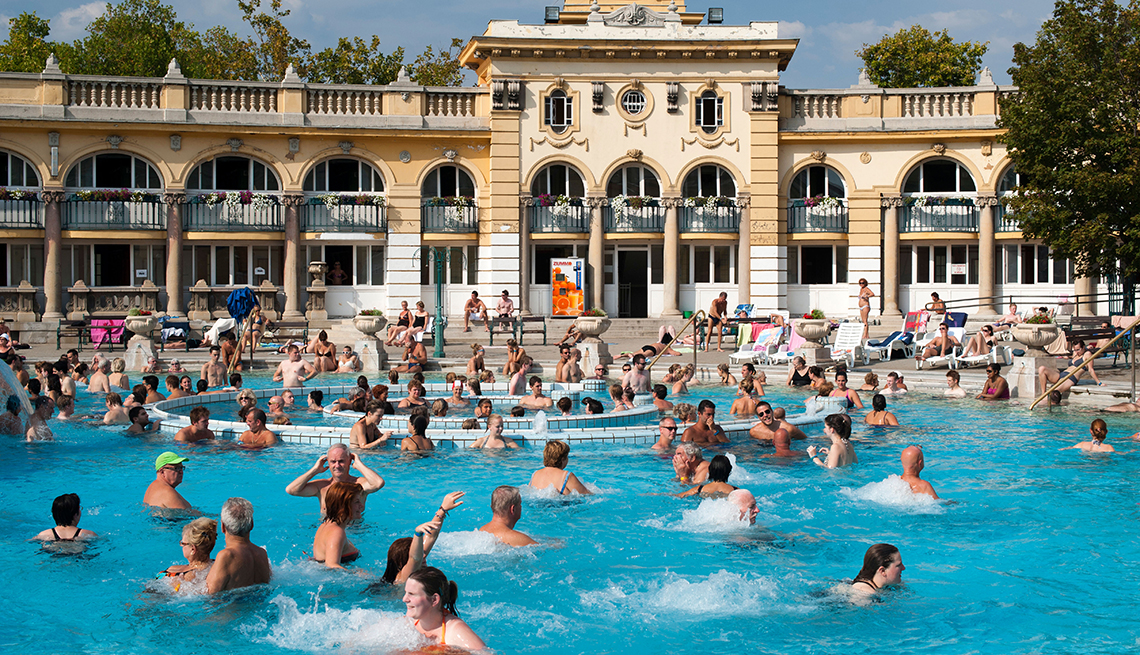 Taking a dip in the Szechenyl Baths is one of the must-do activities in Budapest.

Budapest is built over hundreds of hot springs, and you’ll want to start your day at one of its masterfully updated 19th-century bathhouses. Szechenyi offers saunas, cold plunges and steam rooms, along with outdoor pools where tourists splash and old men soak and play chess. Appropriately relaxed, take a tour of the sumptuous Hungarian State Opera House on Andrassy Avenue, which ends with a stirring five-minute performance that even the opera-phobic will enjoy. Come evening, head across the river to the Fisherman’s Bastion city overlook, where visiting choirs and musicians often perform as the sun sets. For dinner, it’s a short walk to Baltazár, a hip boutique hotel that serves traditional Hungarian goulash and chicken paprikash. 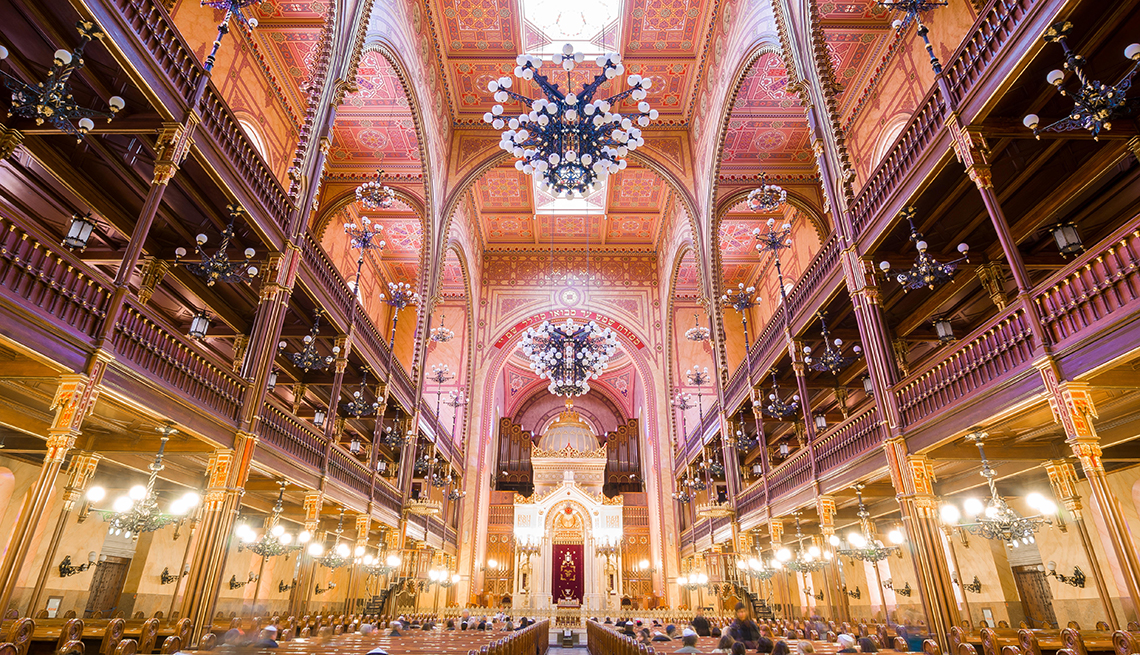 Be sure to see the stunning interior of Dohány Street Synagogue, the largest synagogue in Europe.

At the beginning of the last century, Budapest had one of Europe’s largest Jewish communities. Get a literal taste of its history by trying chef Rachel Raj’s flodni, a Jewish pastry layered with poppy seeds, apple, walnut and plum jam. Head around the block to the grand Dohány Street Synagogue, the second largest in the world. It’s built with a towering Moorish design centered on a holy ark resembling the Taj Mahal. Tours will take you to an adjacent Holocaust Memorial Garden, honoring the 450,000 Jewish residents killed during World War II. To end your trip, consider visiting an equally haunting monument along the banks of the Danube, where 60 pairs of iron shoes represent the citizens shot here by fascist soldiers. Visitors from around the world come to honor their memory and embrace the city’s promising future.