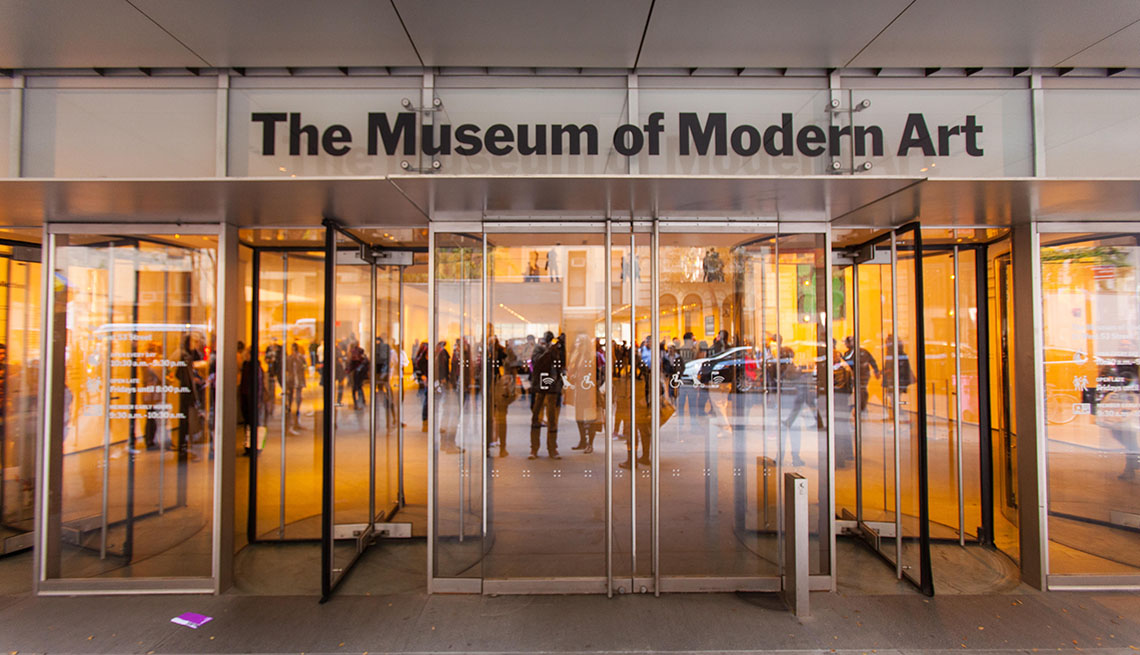 En español | New York City is the world’s biggest architectural, cultural and culinary amusement park, and admission is free. You can fill your days with no- or low-cost activities, including some obvious ones — walking the beloved elevated rail turned urban park known as the High Line, taking in the glorious views of Manhattan and the Statue of Liberty from the Staten Island Ferry and, of course, wandering through Central Park. But here are a few others you might not come across on your own.

1. Museum duo. Many New York City museums have free or pay-what-you-wish hours. But here’s a great way to combine two: Line up early for the Museum of Modern Art's popular Friday freebie hours, from 4 to 8 p.m. — a bargain when the usual ticket price is $18 to $25, though children 16 and younger are always free — and spend a couple hours taking in MoMA's Pollocks, Picassos, Polkes, Mirós, Matisses and Mitchells. Then, a bit before 6 p.m., hop on the F or M train ($2.75) to 14th Street and head to the Rubin Museum of Art, which offers free admission from 6 to 10 on Friday nights. The Rubin is devoted to art of the Himalayas, India and Tibet, so you’ll likely not recognize the artists there. But it's a fascinating chance to explore those cultures — and the K2 lounge on the ground floor offers two-for-one beer and wine to a festive crowd of all ages every Friday from 6 to 7 p.m. (The Rubin, which normally costs $19 for most adults and $14 for those 65 and older, is also free to seniors the first Monday of the month.)

Planning a trip? Get information on domestic and international destinations

2. Kayak the Hudson. You didn’t come to New York to go kayaking, but what’s travel without pleasant surprises? Head to the Downtown Boathouse at Pier 26 in TriBeCa and take a paddle on the Hudson River. It's open during daytime hours on holidays and weekends (and some extended weekday evenings) in the warmer months. The kayaks (and the water) are beginner-friendly, come with an orientation and will cost you nothing more than your signature on a waiver. Amazingly, free kayaking has truly become a “thing.” There are a half-dozen other spots that offer it, too, though the hours are more limited. How about paddling out from Brooklyn Bridge Park with the city’s most famous river crossing towering above you. (Get there by walking across the Brooklyn Bridge from Manhattan, another classic NYC freebie.)

3. Cheap eats, part 1. What could be more New York (or more affordable) than bagels and pizza? But it's easy to make the tourist's mistake when picking your destination. First, the slice screw-up: 99-cents-a-slice pizza shops are everywhere in New York, but what they sell is hardly a New York slice. Most frozen pizzas taste better, even when they’re still frozen. If you’re in Manhattan and a slice costs less than $2.50, something is wrong. My favorites — and I am nowhere near alone — are the $2.75 slices from Joe’s Pizza on Carmine Street in Greenwich Village, with Sal & Carmine Pizza on the Upper West Side coming in a close second. Then there's bagel bungling: Never buy a bagel from a place that doesn’t make its own on the premises. And here’s a rule that works 99 percent of the time: Only buy bagels at shops that have the word “bagel” in the name. My two favorites: Murray’s Bagels (two locations on the West Side) and Pick a Bagel (three locations). I’d order pumpernickel with cream cheese, tomato and onion if I were you. 4. Cheap eats, part 2. Sit-down restaurants in Manhattan are pricey, there’s no denying it. But a 20-minute ride away from midtown is the antidote: a diverse and delicious array of immigrant-owned and -run restaurants in Jackson Heights, Queens. Get off the subway at the Roosevelt Avenue-Jackson Heights station and walk up 73rd Street and back down 74th for Indian, Pakistani and Bangladeshi choices; up Roosevelt and 37th Avenue for Mexican, Colombian and Brazilian; and all around for Thai, Nepali and Tibetan. You can easily eat for under $10, and it’s hard to spend more than $15. Among the best choices: Lali Guras for Nepalese, Ayada for Thai, Pio Pio for Peruvian, the counter in the back of the bodega at 80th and Roosevelt for fish tacos, and Aroma Brazil for pay-by-weight salads and meats.

5. TV show tapings. Dozens of shows film in New York City: The Tonight Show Starring Jimmy Fallon, The Late Show Late With Stephen Colbert, The Daily Show With Trevor Noah, the Today show, Good Morning America, The View, Wendy Williams, Live! With Kelly and Ryan ... you name it. And they’re all free. Though the experience is never quite what you expect — it’s a bit of a rigamarole to get tickets, there’s a lot of waiting involved, and you might find your view blocked by a camera — I think it’s totally worth it. Plus, many shows make sure their audiences have a great time with pre-show entertainment — after all, they can’t have you be grumpy when it’s showtime. Go to the city’s official tourism site for a great guide on how to get tickets.

6. Get lectured. There is an astonishing number of seminars, lectures and talks on the most varied of topics being offered at universities, bookstores, libraries and museums across the city. Many are free and open to the public, giving visitors admission to a little peek at some New York City subculture. Thoughtgallery.org has the listings: Filter for free events and the dates you’re in town. On a recent Monday, there were events covering everything from the history of immigration law, the legacy of civil resistance against the Nazis, and the radical artist Roy DeCarava to African American acting methods and a talk by Panamanian-born actor and salsa superstar Rubén Blades and New York Times columnist Dan Barry.

7. Bargain pinball. How much would you have paid in 1975 for two hours of unlimited 25-cent arcade and pinball games? How does $14.91 ($3.30 in 1975 dollars!) sound? That’s how much it costs for unlimited retro gaming at Modern Pinball, a Third Avenue storefront that calls itself an “interactive museum” and that may be the most intergenerational-friendly spot in town. But you’ll get unfettered access to pinball machines dating back to the 1970s and to all the classic arcade games back to “Pong” and “Breakout.” It’s perfect for showing grandchildren how it’s done. Don’t miss “Gorgar,” the late ‘70s pinball machine that was the first ever to talk (rasp is more like it). You’ll get your money’s worth: Modern Pinball owner Steve Zahler staggers groups (including many senior groups) to be sure there are always some games free. 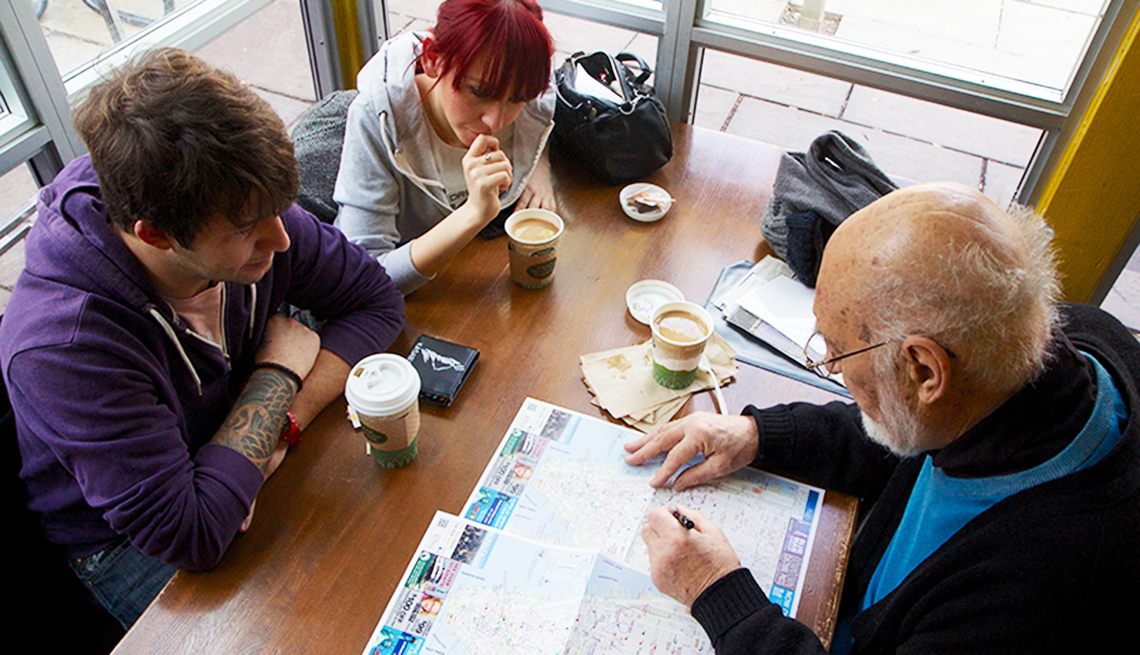 8. Free tour. Free isn’t always free, but you don’t need me to tell you that. Many “Free City Tours” around the world these days will cost you either a sizable tip for the guides or a sizable guilt trip for you. But with Big Apple Greeter, there’s no tipping allowed — and no catch. The service is offered by New Yorkers passionate enough about New York that they are eager to share it with visitors for free. Well, there is a small catch, which is that you need to put in a request a month or so in advance. You name the dates you’re available (they suggest it be your first or second full day in the city) and the neighborhoods you’re interested in seeing. It’s a great chance to get out of midtown and downtown, or a great chance to see midtown and downtown in a different way — through the eyes of a New Yorker.

Seth Kugel is the former writer of the Frugal Traveler column at the New York Times and author of Rediscovering Travel: A Guide for the Globally Curious, out this month. 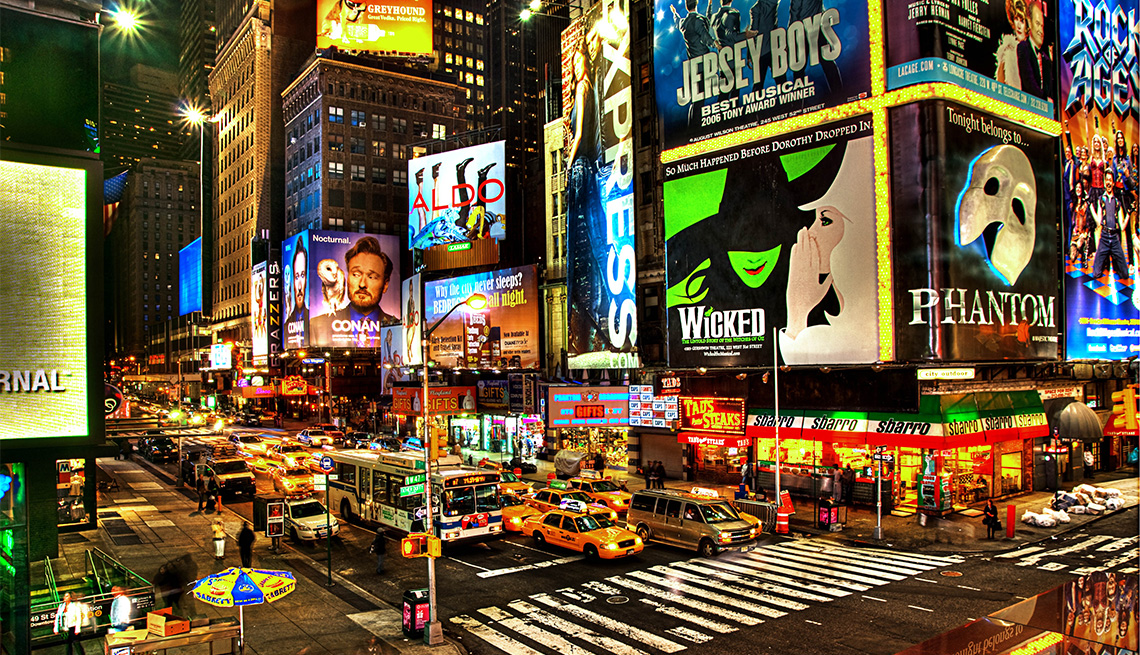 Visit the Big Apple for less this winter 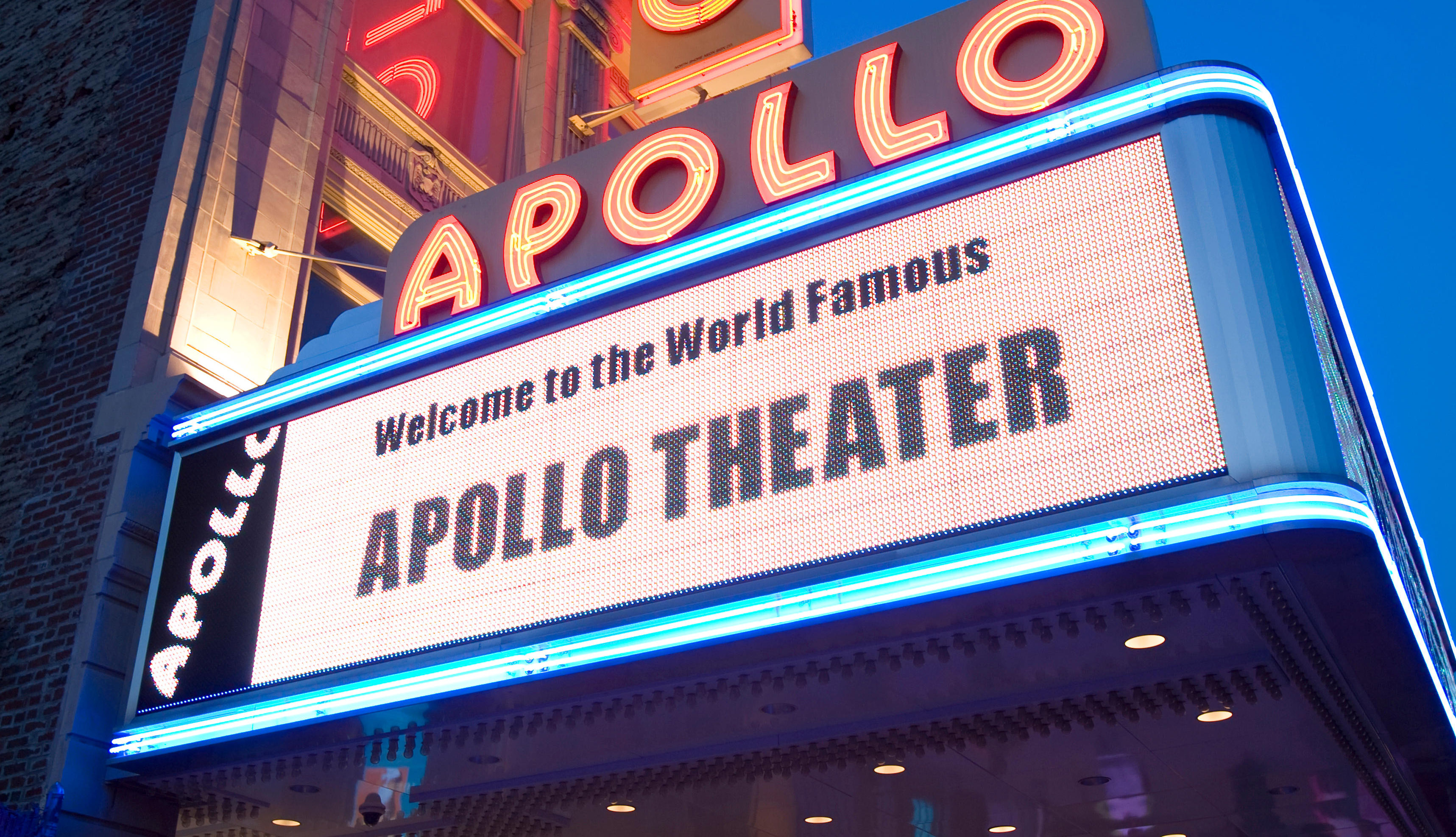