One Way to Get a Higher Social Security Payout: Use Your Savings

Each year you wait to collect, you get an 8 percent increase 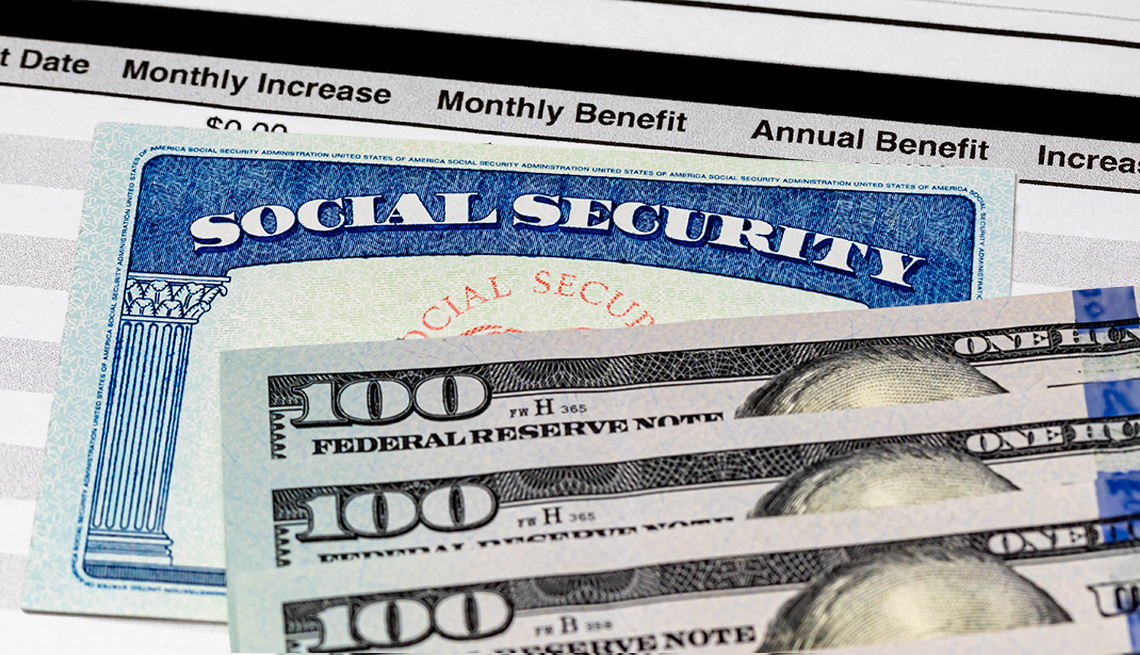 When Robert Allan meets with clients of his investment management firm to plan their retirement, he begins with their goals and works backward.“The idea is that we want this much income per month and how are we going to get there,” says Allan, managing director of Welon Partners in Montgomery, Alabama.

One relatively novel approach he advises: drawing from a 401(k) while delaying claiming Social Security, as the monthly benefit increases the longer people put off taking it.

The strategy of using a 401(k) as a bridge to Social Security is getting increasing attention among people who have enough saved up in that type of account to tide them over until they’re 70, when they can claim the maximum Social Security payout. Even so, some are still reluctant to tap into what they see as a long-term nest egg and use it in the short term.

“Running out of money is probably the biggest fear for most retirees,” he notes. “The question becomes, ‘How do I make this last?’ ”

It pays to wait

In fact, using a 401(k) first and putting off claiming Social Security means that the benefit payments will be higher. Plus, unlike 401(k)s and most other retirement accounts, Social Security can’t run out.

Waiting to claim Social Security until the maximum age of 70, rather than the earliest eligibility of 62, increases the monthly benefit﻿ by at least 76 percent, or about 8 percent per year. Given that people near retirement are generally advised to be more conservative about risk, that’s more than their investment accounts, including 401(k)s, are likely to earn during that time. And Social Security isn’t subject to sudden downturns in the market. “Social Security pays out for the rest of your life,” Allan says. “That’s all the more reason to avoid taking it early” and being locked in to the lowest payout.

Slow to catch on

But the idea of the 401(k) bridge has been slow to catch on, even among the large number of people who decided during the pandemic to retire early. One reason is that it’s so new; the generation for which the 401(k) replaced the pension that most workers once enjoyed but barely 1 in 5 still get﻿ is only now entering retirement, according to the Economic Policy Institute. Retirement account savings overtook pension fund assets in 2012, the institute reports.

“The baby boomers are the first generation to structure their retirement savings around 401(k)s, and many of them are just beginning to retire,” says Katie Kavehrad, a wealth adviser-planner at Paradigm Wealth Partners in Knoxville, Tennessee.

A reluctance to spend

Another reason for the slow uptake of this strategy is that people think of a 401(k) as a sort of rainy-day fund. “There is a reluctance in some people to do this because they have mentally decided, My 401(k) is precious. I don’t want to use it up,” observes Eric Jaffe, a financial adviser and CEO of Mosaic Wealth Partners in Rockville, Maryland. This option is also shunned by some financial advisers whose fees are based on the number of assets they manage and who don’t want their clients to deplete their 401(k) holdings.

Even confronting the options for how to best pay for retirement is daunting, never mind deciding among them. “We spend almost our entire working lives saving. It’s an entirely different way of thinking that, Well, now I’m going to live off that,” Jaffe says. “There’s the psychological factor of, I’m no longer adding; I’m subtracting.”

Should employers build the bridge?

Scholars are now raising the idea of making this easier by having companies handle the logistics of a 401(k) bridge to maximize future Social Security income. Under their proposal, employers would draw money from retirees’ 401(k) accounts to provide them with an amount equivalent to what they’d get from Social Security, which they could then forestall claiming until they’re old enough to qualify for the maximum payout.

Other than the extra paperwork, there wouldn’t be any cost to businesses for doing this, and there are no regulatory reasons that they couldn’t, says Gal Wettstein, a senior research economist at the Center for Retirement Research at Boston College who has studied this proposal.﻿ It would, in fact, be another benefit that they could offer to attract new workers — an important consideration in a tight labor market.

Employers don’t see a demand for it, Wettstein adds, but according to a new report that he cowrote, when the strategy was explained to them, more than a third of 50- to 65-year-olds surveyed said they would take advantage of the 401(k) bridge.

Conducted last year, the survey included 1,349 respondents with﻿ 401(k) balances of at least $25,000 — the minimum that participants would need to put off taking Social Security, even briefly.

Most of those surveyed appeared to have never heard of the idea, according to Wettstein’s report, which was released in February.

“The way we think about it is that it’s certainly something anyone could do on their own right now, or financial advisers can recommend it, but the details are a little hard to work out by yourself,” Wettstein says. “It would be possible for an employer to do that work for you, without you having to sit down and start calculating what your benefits would be if you delay versus if you don’t delay.”

There are some drawbacks to the 401(k) bridge approach, Allan and others point out. Thirty-eight states tax retirement distributions, for instance, but only 13 tax Social Security benefits. And for the sake of leaving something to an heir or heirs, it’s better to keep assets in investment or retirement accounts. Using up that money first means there’s less to leave behind.

People who have reason to believe they might not live long, who could need long-term care, who worry about other kinds of financial emergencies or who don’t have much saved up also harbor understandable reservations about depleting their 401(k)s too soon, experts say.

The “sweet spot” for using the bridge strategy is having between $100,000 and $250,000 in investments and savings, including 401(k)s, says Mike Piershale, president of Piershale Financial Group in Barrington, Illinois.

“There is concern and worry about running out of money. You’re talking about the unknown,” notes Michael Solari, principal in the firm Solari Financial Planning in Bedford, New Hampshire. “Some clients may have already experienced that with parents. There’s quite a bit of angst around that.”

Retirees who claim Social Security earlier than 70 still end up drawing down their 401(k)s and other retirement accounts more quickly than those who don’t, however, Wettstein has found. “I’m sure that’s true that people are scared of running out of money,” he says. “But that kind of fear regarding the bridge is misguided. The bridge protects you from running out of money, because Social Security does not run out.”

Meanwhile, financial advisers continue to explain the math and the psychology to their clients. Using a 401(k) as a bridge “is not a new concept, but it’s becoming more known and a more relevant issue to discuss with people,” Jaffe says. “It’s more relevant than ever to figure out how you’re going to make the assets you’ve accumulated last.”

Jon Marcus is the higher-education editor at The Hechinger Report and also writes for The Washington Post, The New York Times and other outlets.​

How to Take Withdrawals When the Market Is Falling

Keep a cash stash and give your stocks time to recover