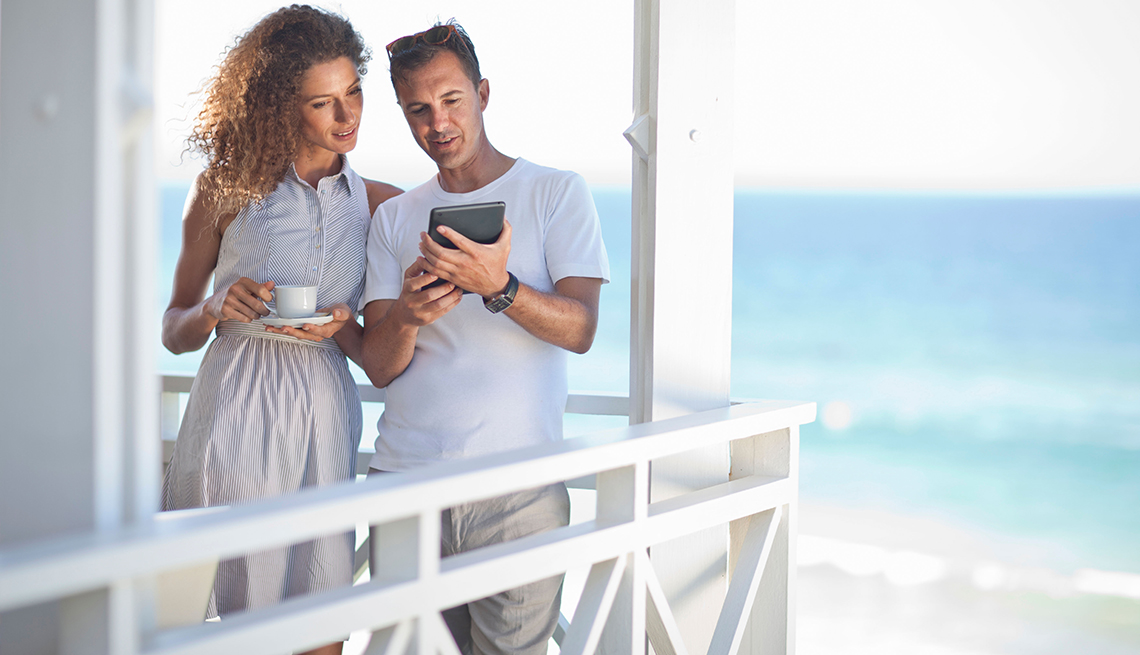 Forget Florida and Arizona. If you're hoping to make your dollars stretch further in your golden years, you may want to consider joining the growing number of Americans who are opting to relocate abroad. More than 550,000 Americans now receive their Social Security benefits overseas, an increase from the nearly 400,000 reported in 2000, according to the Social Security Administration.

But which place is best? While everyone has an opinion when it comes to the ideal retirement spot, the experts at International Living (IL), an authority on global retirement opportunities, has done a lot of legwork to help you make a decision.

In its Annual Global Retirement Index, released in January 2017, IL named Mexico the best country in the world to retire, followed by Panama and Ecuador. The yearly index is designed to help whittle down a retiree’s choices by ranking countries based on factors such as cost of living, retiree benefits, climate, crime and health care.

With its low costs and friendly locals, Mexico is no stranger to the index, consistently ranking in the top 10 over the past 14 years. And in 2017 — for the fifth time — it nabs the top spot.

To see the complete list and to find out what makes these places worthy of your attention, scroll through the countries below.

The country offers a wide variety of options for seaside living as well as established expat communities in many areas. (The colonial town of San Miguel de Allende is home to thousands of Americans.) Affordability is another magnet, with many expats living well on as little as $1,200 a month. The dollar’s strong position against the Mexican peso means the cost of living provides an even better than normal value.

Besides being close to the U.S. (making travel easy), Panama uses the American dollar, so you'll have no worries about currency fluctuations. What’s more, Panama offers a wide range of options for becoming a legal resident, and its top-notch medical care is highly regarded. The best hospital, Punta Pacifica, is affiliated with Johns Hopkins and is known for performing cardio surgery, neurosurgery and a variety of complex procedures.

Beyond its fabulous weather, Ecuador is a standout when it comes to affordability and the availability of real estate to buy or rent. It’s actually not difficult for a couple to live on $1,500 a month. There’s also no shortage of retiree perks. Those over 65 get discounts on flights originating in Ecuador as well as up to 50 percent off public transportation and entry to movies and sporting events.

Costa Rica’s breathtaking landscapes and unspoiled beaches have long fueled this country’s popularity among travelers. For retirees, a highly regarded health care system, with costs just a fraction of what you might pay in the U.S., is also a huge draw. And getting residency status couldn’t be more straightforward. Retirees just need an income of $1,000 per month from Social Security, a pension, disability or another similar source. That covers the applicant and a dependent spouse, offering a nice solution for long-term living in Costa Rica.

Once rejected as a possible retirement haven because of its reputation for conflict and drug cartels, Colombia has shed its dark past and stepped into the spotlight as an attractive place for those seeking excellent health care, a temperate climate and a low cost of living. This country at the northern tip of South America offers lush green coffee plantations, beautiful beaches and quaint colonial towns — something for everyone.

Clean and modern, Malaysian cities boast an unrivaled public transportation system as well as some of the friendliest people in Asia. The country also straddles the tourism market, managing to offer both memorable budget holidays and first-class luxury vacations. Its multicultural society tolerates all religions, and it’s this fusion of cultures that, for many, makes Malaysia so special.

In Europe, Spain stands out because of its superior infrastructure, world-class health care system and laid-back lifestyle. And for retirees on a budget, the low cost of living and real estate is appealing. Indeed, a couple can live comfortably in a smaller city for as little as $1,900 a month, including rent. Small one- and two-bedroom apartments can be rented for a mere $500 a month and purchased for $70,000 and up. Another plus: the Mediterranean diet, which is both good and good for you.

Until recently, the largest nation in Central America has been generally sidestepped in favor of its more popular neighbors, Costa Rica and Guatemala. Not anymore. Although Nicaragua remains poor, there have been major infrastructure improvements during the past few years, including an expansion of the international airport in Managua. To top it off, there’s great health care, little traffic, warm people and a low cost of living. A couple on a budget can be comfortable on $1,500 a month —not bad.

Another inexpensive country, Portugal also entices retirees with its low cost of living and real estate. A couple can do well on just $1,700 a month in many smaller cities; in Lisbon, the capital, about $2,200 a month or more is needed. Other big draws are the usually mild climate and the country’s superior red and white wines. (The seafood is excellent, too.) The laid-back atmosphere means less stress, and the western coast, lined with beaches, offers plenty of recreational opportunities.

On a map, this tiny island chain between the coasts of Sicily and North Africa is easy to miss. But this Mediterranean destination has been enchanting countless visitors for decades, thanks to its centuries-old cities, sapphire blue waters, and 300 days a year of sun and warm weather. For retirees, the cost of living is remarkably reasonable; a couple can live here for under $2,700 a month. And if you ever find yourself getting island fever, you can simply take a three-hour ferry ride over to Sicily or hop on an inexpensive flight to Paris.

Subscribe to AARP Money Matters for more on work, retirement and finances