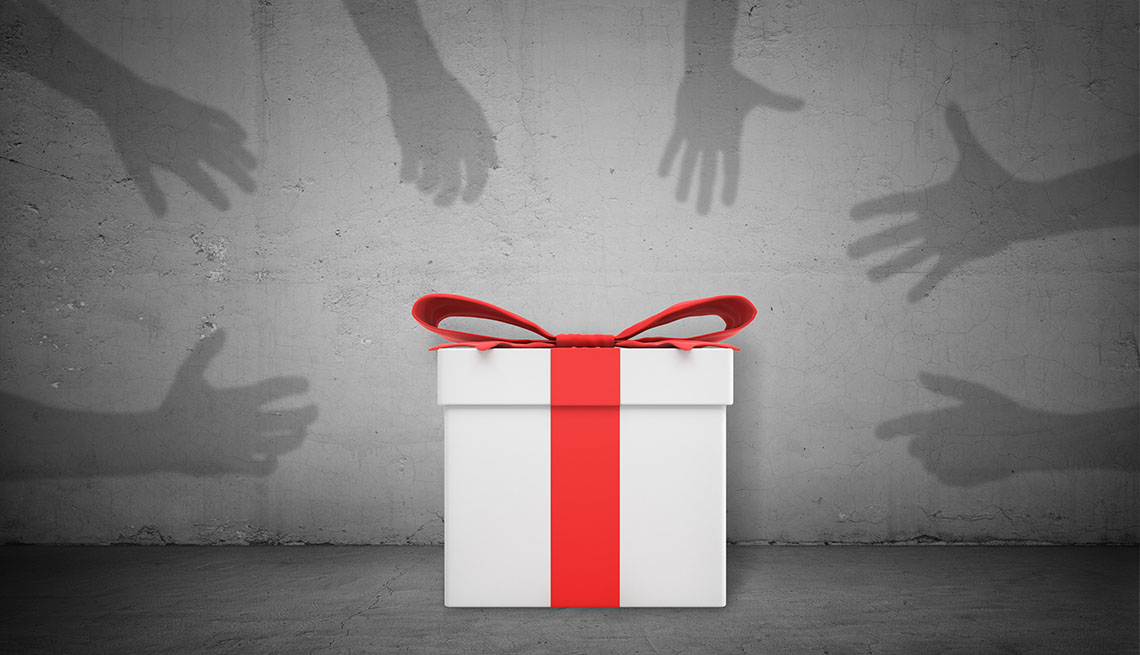 ‘Tis the season — to be on the lookout for possible scams and fraud. Scammers know that, this time of year, people are more focused on the spirit of the holidays than on what's happening with their pocketbook.

AARP conducted a survey of 2,842 U.S. adults ages 18 and older to understand their  experience with a variety of scams that are common around the holidays. The study explored experiences with purchasing gift cards, shipping and receiving packages, and charitable giving. In addition, the survey tested the knowledge of adults about several specific scams.

What’s on Your Gift Card?

People usually purchase gift cards for someone they know, and, according to the survey, more than 70 percent of U.S. adults plan to buy gift cards this holiday season. They are most likely to purchase them from a rack at big box stores, pharmacies, or grocery stores, or they may go directly to the issuing merchant or retailer. But scammers have found a way to drain gift cards as soon as they are purchased. In fact, 19 percent reported that they have given and/or received a gift card that had no funds on it.

To Donate or Not to Donate

This time of year, many people will receive calls from causes or organizations asking for a donation. More than one in three U.S. adults said that they have received a donation request to a charity or cause that was likely fraudulent. Nevertheless, only three in ten who received requests for donations checked out the recipient on a charity rating site. Among those who did, more than half decided not to proceed with the donation.

Interviews for this survey were conducted in English November 4 -15, 2019, with adults ages 18 and older, representing the 50 states and the District of Columbia. Respondents were randomly selected from the AmeriSpeak® Panel using area probability and address-based sampling. A total of 2,842 adults completed the survey.