Raising kids is stressful when children are young, and again when they go through the teen years. But by their early 20s, parents should be able to take a deep breath and congratulate themselves on a job well done. Ideally by this time, your children have embarked on a career path and are ready to stand on their own as full-fledged adults.

However, the reality is that in many families, it's not quite so simple. These so-called "emerging adult" years are a time of heightened risk in a variety of ways. Consider: Substance use and abuse peaks at age 21 to 22, including binge drinking, marijuana use and other drug use; serious mental health disorders such as schizophrenia and bipolar disorder typically appear for the first time in the late teens or early twenties; a host of other mental health disorders increase sharply from adolescence to emerging adulthood, most notably major depression and anxiety disorders; eating disorders are highest among young women in their 20s. 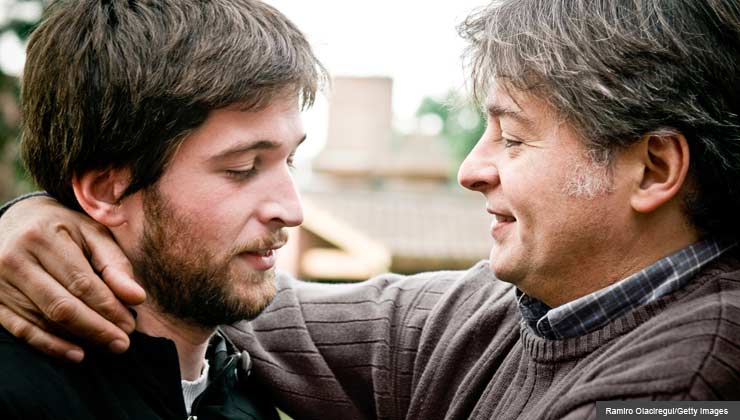 If your grown child is in serious trouble, don't try and handle it alone. Seek professional help.

Helping children in their 20s and beyond is a lot more complicated than dealing with younger kids. For one thing, teens typically live in the same house, so parents have a good sense of what's going on in their lives. Also, parents can arrange to get them help, whether the children see themselves as having a problem or not.

However, young adults are often living independently, and by this life stage their parents' knowledge and control of what's going on with them may be limited. Even for older kids who are still in the household, their parents can't legally require them to get help if they don't want it.

Nevertheless, there are important steps parents can take if they believe their grown children are in serious trouble. "Start by recognizing that you can't fix the problem by yourself," advises Jennifer Tanner of Rutgers University, who conducts workshops on mental health in emerging adulthood for parents, mental health professionals and researchers. "If it's a serious mental health issue, it's going to require professional intervention." The best thing parents can do is try to provide a bridge between their grown child and someone who has the knowledge and training to help them. "Try to see your role as parent as a service connector between your young adult and a professional," says Tanner. "That's how you can be most helpful."

One way for parents to find mental health resources is to consult the National Alliance on Mental Illness (NAMI). NAMI's website contains information on a wide range of mental health disorders, including medication and treatments available for each disorder. It also includes contact information for programs and services pertaining to specific issues. In addition, you can locate local and state NAMI chapters, where you can connect with other parents whose children have faced similar problems.

Parents whose kids have had mental health treatment during adolescence may find that their children refuse to continue treatment upon becoming legal adults at age 18. "You see them wanting to get away from the mental health system," says Jane Malkiewich, a clinical social worker in Massachusetts who specializes in treating emerging adults. "They've been in group homes and mental hospitals, and now they want to break away." Leaving treatment can lead to deeper trouble, but Malkiewich believes it can sometimes be a positive step. "It can be a problem, but it can also be an opportunity. Treatment is not something that you do to people; you have to engage people in treatment." The consequences of leaving treatment may lead young people back into treatment, this time with a new commitment because it's their choice and not something forced on them.

Parents might find it frustrating that their influence diminishes as their children move from the teens to the 20s. If their emerging adults are having serious problems, concerned parents naturally feel like they want to step in to save the day and spare their child from harm. However, for grown kids the transition to making more of their own decisions can be empowering, and ultimately it can improve their chances of dealing successfully with their problems. Parents might have become used to assuming their children need help and skeptical that they can succeed on their own. Some can't, of course, especially those with the most serious mental health disorders, but others may develop new, unexpected strengths once they feel they have greater control over their own lives.

Jeffrey Jensen Arnett is a research professor of psychology at Clark University and author of Emerging Adulthood: The Winding Road from the Late Teens Through the Twenties. Elizabeth Fishel is a widely published writer on family issues and the author of four nonfiction books, including Sisters and Reunion. They are working on a parents' guide to emerging adulthood, to be published by Workman in 2012.