'Real' Rosie the Riveter Dies at 96

For decades, the identity of the woman behind the iconic image was unknown 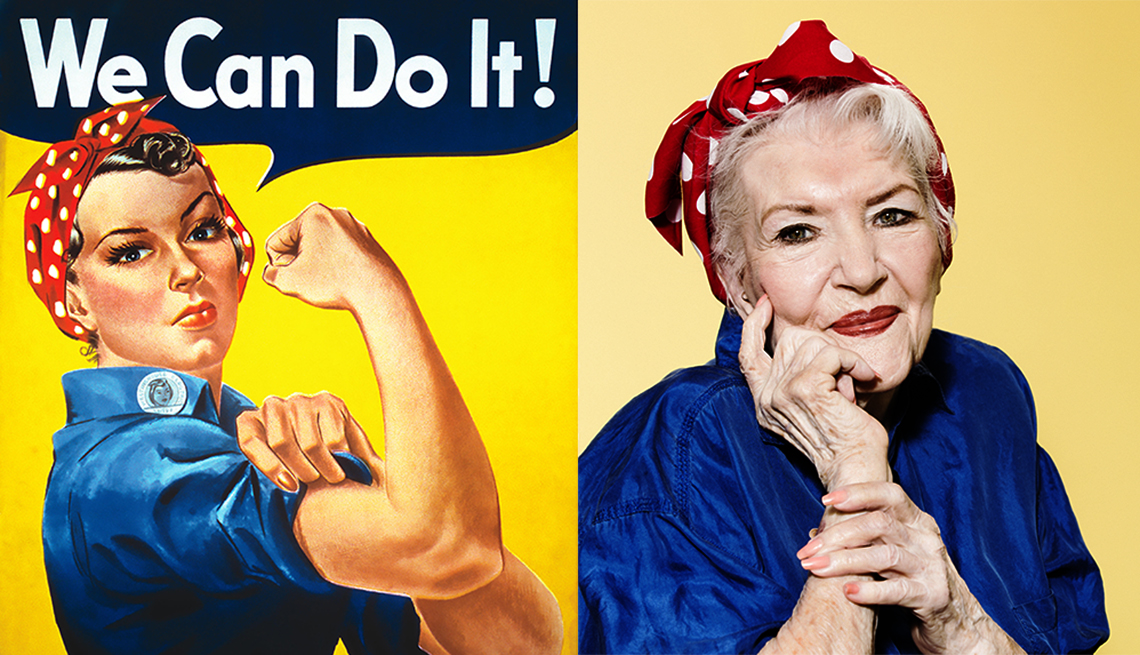 The World War II-era Rosie the Riveter poster and the real-life woman, Naomi Parker-Fraley, who was its inspiration
Alamy, Ramona Rosales/AUGUST
By:
Shelley Emling
January 24, 2018

Everyone knows the iconic image that, during World War II, became an enduring symbol of feminine resolve. But until recently, no one’s been sure what woman inspired “Rosie the Riveter,” the war worker of 1940s popular culture featured in the famous poster by artist J. Howard Miller. Now, as the New York Times reports, the woman who was most likely behind the Rosie poster bearing the slogan “We Can Do It!” has died.

Naomi Parker-Fraley, a Tulsa, Okla., native, passed away on Saturday at age 96 while in hospice care in Longview, Wash., her family said.

The Rosie face first became famous during the early 1940s, when millions of American women pitched in during the war, working not only at riveting, but also at welding, nursing and myriad other jobs while maintaining their traditional duties as mothers and homemakers.

Indeed, from 1940 to 1944, the female percentage of the overall workforce jumped from 27 percent to 37 percent, and by the end of the war, 25 percent of all married women had jobs outside the home.

In real life, Parker-Fraley was just as inspiring, working as a machinist at the Naval Air Station in Alameda, Calif., in 1943 when, at age 20, a photographer snapped a picture of her on the job. She was one of the first women to dedicate herself to war work.

The photo depicted a woman wearing a jumpsuit and a polka-dot bandanna while standing over a lathe. Various magazines published the image in 1943 but seemingly never captioned it with a name or a date. As a result, multiple women have been named over the years as possible models for Rosie.

In particular, a Michigan woman, Geraldine Hoff Doyle, was cited as the inspiration for Rosie. A wartime metal presser at a Michigan plant, she died in 2010. Afterward, obituaries in many large newspapers credited her as being the real face behind the image.

But in 2016, a determined Seton Hall University professor, James Kimble, published an article in the journal Rhetoric and Public Affairs asserting that Parker-Fraley was indeed the basis for the famous poster.

After years of research, Kimble had tracked down the original photo in a newspaper he purchased in an eBay auction. The caption confirmed the date, alongside this telling sentence: “Pretty Naomi Parker looks like she might catch her nose in the turret lathe she is operating.” His findings, unveiled in the article, brought journalists to Parker-Fraley’s door at long last.

“The women of this country these days need some icons,” she told People magazine in a 2016 interview. “If they think I’m one, I’m happy.”