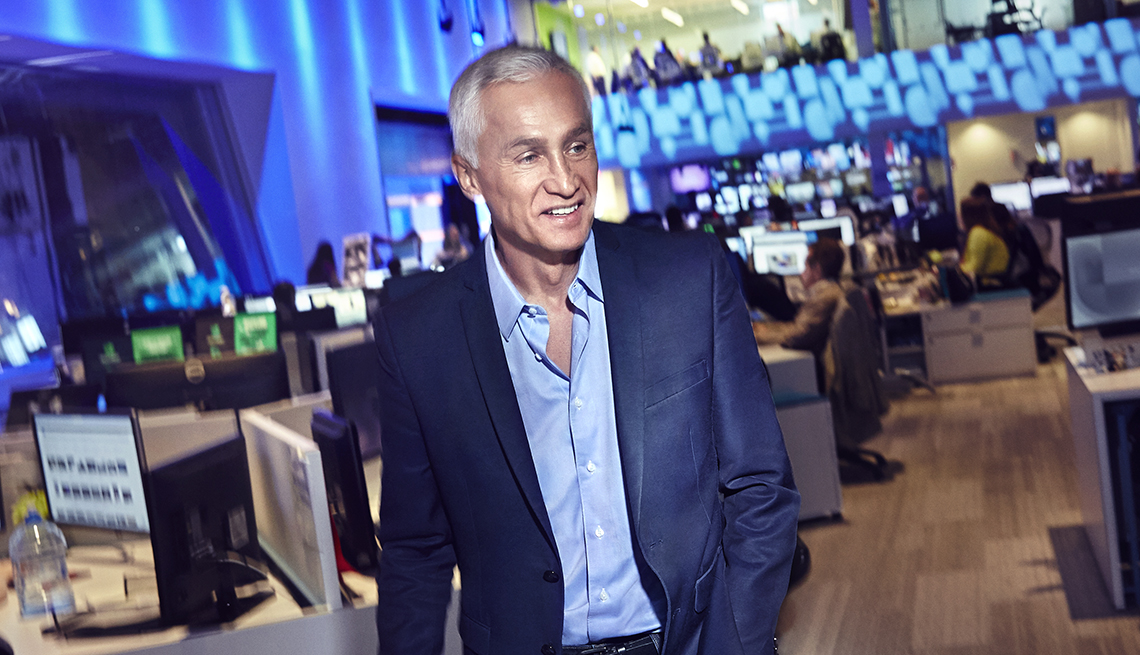 En español | I believe in the American dream. This country has been incredibly generous to me. I left Mexico because of censorship, and I've been able to practice journalism with complete freedom in this country for 35 years. As a U.S. citizen, I love a passage in the Declaration of Independence: All men are created equal. The idea that the president, or a natural-born citizen or a naturalized immigrant has exactly the same rights is what I love about the United States, among many other things.

We're going through a demographic revolution in this country, in which Latinos will go from 59 million to 119 million in four decades. That change has created a national discussion about the idea of diversity, tolerance and inclusiveness.

We can be an example for the rest of the world.

There are two things that I haven't been able to change since I came to this country. One is my accent. I've been here for 35 years and I still have a thick accent — and I tried everything! The other is my love for soccer — one of the most democratic sports in the world. You only need two groups of children wanting to play and a small ball. That's it. In Latin America, we didn't have as many options in sports as you do here in the United States, where a child can participate in track and field, football, baseball, tennis. We didn't have a choice. It was either you play soccer or you play soccer.

I grew up playing in the streets in front of my house. I had an incredibly joyous and happy childhood, thanks to soccer and the sense of community and friendship it provides. I've played it for almost 60 years. In Miami, I’ve been playing every Saturday morning for almost 20 years on a team with 50 friends we call the "Golden League." We take it very seriously. We use uniforms. We bring a referee. We have certain rules so we don’t hurt ourselves. But sometimes it looks more like an emergency room than a soccer field.

For Latinos, soccer is closer to an ideology or a religion than to a sport. It’s ingrained in our minds since we’re born, and national identity and dignity are linked to the sport. Some of our heroes are soccer players. I was very proud when I was nicknamed "Borjita Ramos" after this incredible soccer player (Enrique Borja), who scored so many goals for the Mexican team.

I've been fortunate enough to attend the last four or five World Cups because Univision had the rights to the games, and I've been there with my son Nicolás. The opportunity to see the best players in the world for three weeks together is just amazing. I think all nationalism is wrong and is dangerous. But when it comes to soccer, it's an exception. Nationalism is accepted only for three weeks every four years.

— As told to Verónica Villafañe

Jorge Ramos was born in Mexico City in 1958 and came to the United States as a student in 1983. In 1986, at age 28, he became one of the youngest national news anchors in the history of U.S. television when he joined Noticiero Univision. Ramos also hosts Al Punto, Univision’s weekly public affairs program, has covered five wars and reported on pivotal historical events, including the fall of the Berlin Wall, the disintegration of the former Soviet Union, 9/11 and Hurricane Katrina. He has interviewed some of the most influential leaders in the world, won 10 Emmys (including a lifetime achievement award) and, in 2017, he received the Walter Cronkite Award for excellence in political journalism for “advancing the conversation about what divides us as a country.” He has authored 13 books, the most recent being Stranger: The Challenge of a Latino Immigrant in the Trump Era. He resides in Miami, Florida, with his two children.