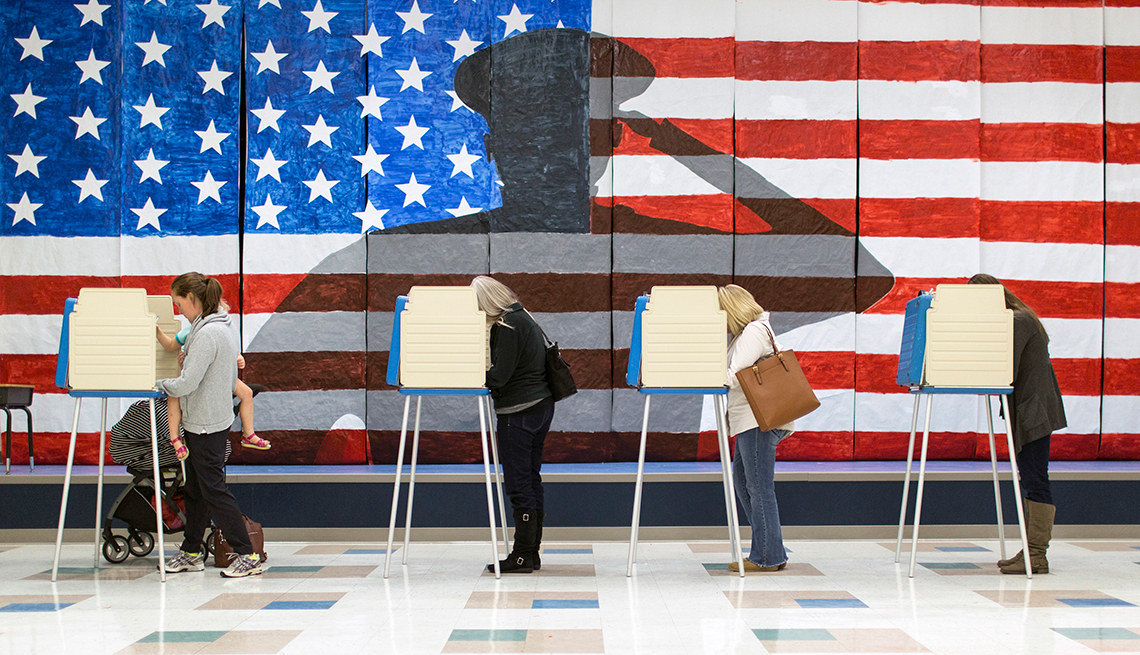 The rules are changing concerning who can vote in primaries. Here’s a look at some of the rules that may impact you.

En español | Primary season is now underway, giving voters their chance to choose the candidates who’ll run in November’s elections. But this is no ordinary midterm-election year. What’s at stake is control of Congress and statehouses across our deeply divided nation for the second half of President Trump’s first term.

The past year has illustrated how much your vote matters. We’ve seen a major overhaul of our income tax system and efforts to roll back significant parts of the Affordable Care Act (ACA). And across the country, states are making important changes to Medicaid, which is a health and long-term care lifeline for low-income residents and people with disabilities.

“I really believe this year’s midterms are the most important in many years,” says Larry Sabato, founder and director of the University of Virginia’s Center for Politics. “The result will determine whether Republicans, and President Trump especially, will be able to get their top priorities through Congress.”

Voters over age 50 will need to scrutinize candidates’ positions on everything from strengthening Medicare and Social Security to bringing down the cost of prescription drugs.

Candidates know they must pay attention to older voters. In the last midterm election, in 2014, citizens over age 60 accounted for 39.4 percent of all voters—the largest single voting bloc. Second was people between 45 and 59, who made up 30.3 percent of voters.

“Candidates of both parties need to think about—and talk to—older voters in their states and districts,” says Nancy LeaMond, AARP chief advocacy and engagement officer. “They are the nation’s most reliable voters. They are informed and engaged, and they make up their minds early. So there’s no time to waste.”

The balance of power in both houses of Congress, as well as in many state legislatures and governorships, will be decided this fall.

The rules of the road for primary elections are unique to each state. Here is what you need to know to make sure your voice is heard.

The rules that determine who can vote in primaries vary widely by state. Most primaries fall under one of these systems:

Closed: Only voters registered in a party can vote in that primary. The deadline for affiliating with a party varies by state.

Partially closed: Political parties can decide before each election whether voters not registered with any party can vote in their nominating contest. Under this system, Democrats could allow independents to vote while still excluding Republicans.

Open: Voters can cast a ballot in either party’s primary without registering with that party or publicly declaring which ballot they want. Some states allow unaffiliated voters to vote in either primary but don’t let members of one party cross over and vote in the opposing party’s contest.

Partially open: Citizens can vote in whatever party primary they want, but they then have to register with that party (or in some states, just publicly declare their ballot choice).
A few states have set up more unusual primary systems. In California, Washington and Louisiana, there’s one primary ballot, and the top two winners—regardless of party—move on to the general election. In California, that often leads to two Democrats facing off against each other in the general election. Nebraska also uses this system—but only for its state elections.

To find out the rules in your state, contact your local or state election office. You can find contact information at usa.gov/election-office.

How do I vote?

The most common way remains to go to your local polling place on election day. But most states provide a way for you to cast a ballot if you’re not going to be in town that day or are unable to get to the polls. The rules for early voting, absentee ballots and all-mail voting differ from state to state.

The availability of early voting has been the subject of a number of court cases around the country. For example, before the 2016 general election, a federal court struck down a North Carolina law that reduced the number of hours of early voting. You can find the most up-to-date information on voting rules in your state on the “Can I Vote” page at the National Association of Secretaries of State website at nass.org.

Here are the ways you can vote without going to the polls.

Absentee voting: All states will mail you an absentee ballot if you apply for one. Applications are often available online. Some states require you to say why you can’t vote in person, while others offer a “no excuse” absentee ballot. Accepted excuses usually include disability or travel.

Early voting: Thirty-seven states and the District of Columbia offer early voting. Some states begin early voting 45 days before the polls open, while others provide only a few extra days. Some states offer voting on weekends.

All-mail voting: In all-mail elections, ballots are mailed to all registered voters, who can return them by mail or bring their ballot to a voting center. Oregon, Washington and Colorado have all-mail systems. In 2016, California passed the Voter’s Choice Act that allows counties to conduct all-mail elections. This year, five California counties have chosen to move to this system.

What do I bring to the polls?

First you have to register. Registration deadlines and rules vary by state. In 37 states and the District of Columbia, you can register online. The Motor Voter Law requires states to let people register at motor vehicle offices. Find out the deadlines in your state by going to the U.S. Election Assistance Commission’s website at eac.gov.

On election day, 34 states require voters to show some form of identification at the polls. The other 16 tend to verify a voter’s identity by, for example, asking them to sign a card and checking the signature against their voter registration card.

Voter ID laws vary from state to state. Some states require a photo ID, such as a driver’s license or passport. Other states accept non-photo IDs, such as a bank statement or utility bill.

Most states have a procedure for people without acceptable identification to vote anyway. Some just ask them to sign an affidavit affirming who they are. Others let a voter cast a provisional ballot, but the voter then must bring an acceptable ID to the elections office within days of the election to have the ballot counted.

You can find out more information about voter ID laws at the National Conference of State Legislatures’ voter identification requirements page at ncsl.org.

When is my state’s primary?

Primary season began March 6 and continues until Sept. 12, except in Louisiana, which has its primary on the day of the general election, Nov. 6. There, candidates from all parties will be on the same ballot, and it takes a majority of the votes to win. If no one receives a majority, a runoff election will be held Dec. 8.

June is the busiest month, with 17 primaries. There are no elections in July.

You can check the date of your state’s primary at ncsl.org. Go to Research, then 2018 State Primary Election Dates.