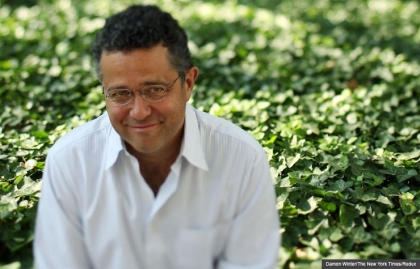 "My mother has convinced me that retirement is not an option," says author and legal analyst Jeffrey Toobin, 53.

Q: You'll be following the new Supreme Court term when it opens Oct. 7. What hot issues are coming up?

A: One big case, sort of the Son of Citizens United, could continue the deregulation of political campaign financing. Also, the court kind of punted on affirmative action last term, and the issue's back before the justices in another case.

Q: Are there any big criminal cases you're watching?

A: So far, the whole category of National Security Agency surveillance has been a political story, not a legal story. Whether it's through Edward Snowden, if they ever get their hands on him, or in some other way, the nature and extent of surveillance will be before the courts.

Q: You've covered most of the high-profile criminal and civil cases for 20 years — O.J. Simpson, Michael Jackson, Martha Stewart, George Zimmerman. Which was the most provocative?

A: I was first hired to do television for the O.J. Simpson case, and I assumed it was a once-in-a-lifetime experience. There has never been anything equal to O.J., but there have been so many cases that have captured public attention.

Q: Why do criminal trials fascinate Americans so much?

A: They are dramatic. They have great characters. And they have unambiguous results — everybody can understand a jury verdict in a criminal case.

Q: How does that compare with covering the Supreme Court?

A: Everyone knows in some abstract way that the Supreme Court and the issues it deals with are important, but very few people know much about the justices themselves.

Q: Who stands out?

A: I was particularly proud of my profile of Ruth Bader Ginsburg in The New Yorker because it combined an examination of her enormous place in American legal history with a great love story of Ruth and Martin Ginsburg.

Q: What else have you learned about the justices?

A: I have covered them very closely and profiled several of the justices in their 70s and 80s. You can agree or disagree with the results they reach in individual cases, but they are remarkably productive and engaged people. Justice [John Paul] Stevens retired at 90 and has become an extremely active commentator on the court's work.

Q: Your mother, Marlene Sanders, was also a TV journalist. What is she up to?

A: My mother has convinced me that retirement is not an option. She is still teaching broadcast journalism every semester at an age that she definitely would prefer me not to repeat. One thing that my mother and the Supreme Court justices have in common is that engagement with the world inhibits aging.

Q: Does that mean you don't support term limits for justices?

A: The Constitution was written at a time when life tenure meant living into your 50s because that's what life expectancy was. Thirty-year tenures are not what the framers had in mind. There is one proposal for terms that would last 18 years. Every presidential term would see two appointments. I think it's a great idea. It will never happen.

A: Fortunately, amending the Constitution is very difficult.

Q: But you would change it?

People often talk about the Constitution as if it's immaculate and holy. There are a bunch of things in the Constitution that I'd like to change, but on balance, it's better than anything any other country has come up with.

Lisa McElroy is a law professor at Drexel University and writes Legal Grounds for the AARP Blog.