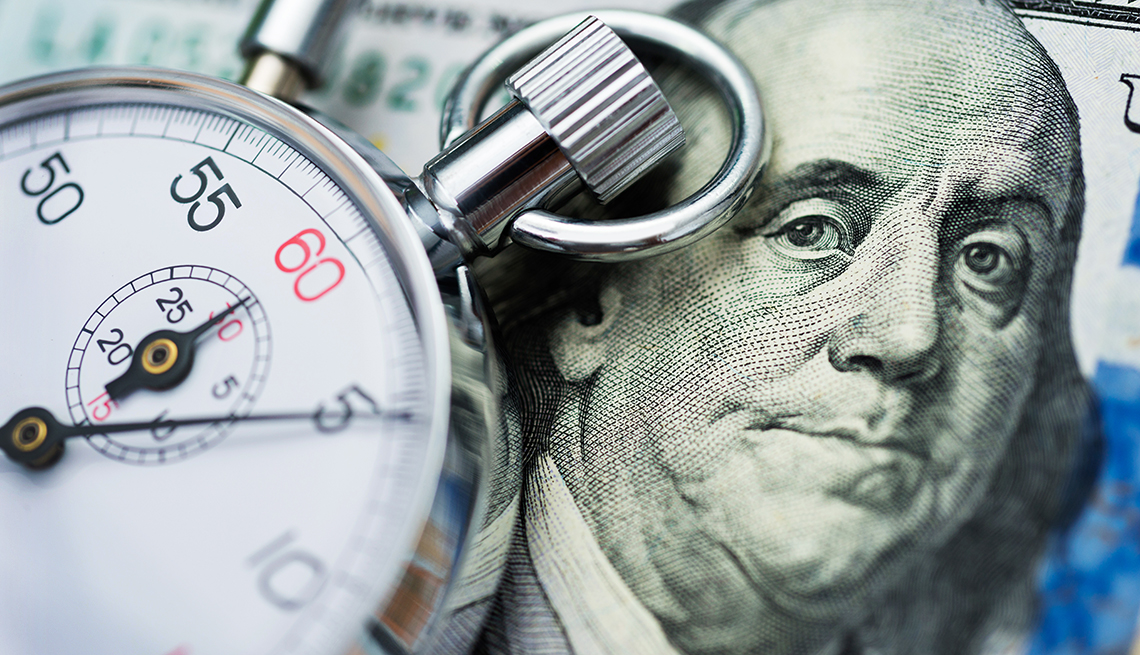 Time is running short, but there are still things you can do in 2017 to lower your tax burden before new laws are in place.

UPDATE: This article has been revised to include an IRS statement on property taxes.

Alert: You have only until the stroke of midnight, Jan. 1, before the new federal tax law takes effect.

For some older Americans, that presents an immediate opportunity — for their 2017 taxes. The reason: With the new tax law, higher standard deductions kick in, meaning fewer reasons to itemize your deductions come 2018’s tax return. For people who will no longer itemize after this year, it might make good financial sense to take quick advantage of tax breaks or deductions that will change or disappear come the new year.  Plus lower tax rates for next year could help you save this year as well, if you move fast.

Here are 11 ways to capitalize on these immediate opportunities, according to tax professionals and financial advisers. But remember: you only have a few days to take action. So don’t delay!

Because household tax rates are heading lower, you’ll pay less taxes on bonuses and other income earned in 2017, but paid to you next year. If you’re set to receive either before year end, ask your employer to defer pay into 2018, says St. Louis-based CPA Mike Piper. And if you’re self-employed and still have outstanding income due this year, you may want to hold off billing until lower rates kick in next year, Piper says.

If you itemize your deductions now, but might not next year, you can deduct an extra month of mortgage interest on your 2017 return by making payment a few days early.

For those who continue to itemize, charitable deductions will still be tax deductible in 2018. But for those who will be using the higher standard deductions — $12,000 for individuals and $24,000 for married couples filing jointly — rather than itemizing, it makes sense to prepay 2018 charitable contributions and even later years by year’s end, says Eric Bronnenkant, head of tax at online investment firm Betterment. Some brokerages also offer donor-advised funds, which allow you to make a tax-deductible investment this year into a fund, and then use that cash to make charitable grants in later years.

Pay off your estimated quarterly taxes

If you’re in business for yourself, the Internal Revenue Service usually requires you to make quarterly estimated tax payments based on your expected income, taxes and deductions. September-December quarterly payments are due by Jan. 15. But if you pay before year’s end, you can deduct the taxes in 2017. “Say you owe $10,000 in New York, where I live,’’ says certified public accountant Anil Melwani.  “You could save thousands by paying your estimated taxes now instead of waiting until next year.”

Pay off your home equity loan

Interest on home equity loans will no longer be deductible after 2017, so it may be worthwhile to prepay this year.

Currently, you can deduct unreimbursed expenses on everything from subscriptions to personal computers if they add up to more than 2 percent of adjusted gross income. So if you’re thinking about buying a new PC or other purchases early next year, make them before year’s end. Those can include multiyear subscriptions to professional journals or publications you need for work.

This is a prudent retirement move regardless of your tax situation, since pretax contributions reduce your taxable income. 401(k) accounts are especially good for workers 50 and older, who can sock away up to $24,000, compared with $18,000 for younger workers.

You can take up to $3,000 in capital losses on investments such as stocks and mutual funds.  That won’t change under the new tax bill, but it will provide you another tax break in 2017.

Try talking with your accountant

With fewer tax breaks available beginning in 2018,  a tax professional can help you sort out the value of your deductions and make sure you make the right moves to ensure that they exceed the new standard deductions. Many are inundated already with year-end calls, so you might not get much time. But even a 15-minute phone call this week could help you make the right moves.

“Aside from end-of-year planning, it’s worthwhile to look over your financial future,’’ says Piper, whose authored several personal finance books and runs the online Oblivious Investor blog. “Without out a doubt, this is the biggest change to taxes in decades. It’s important to evaluate everything.”