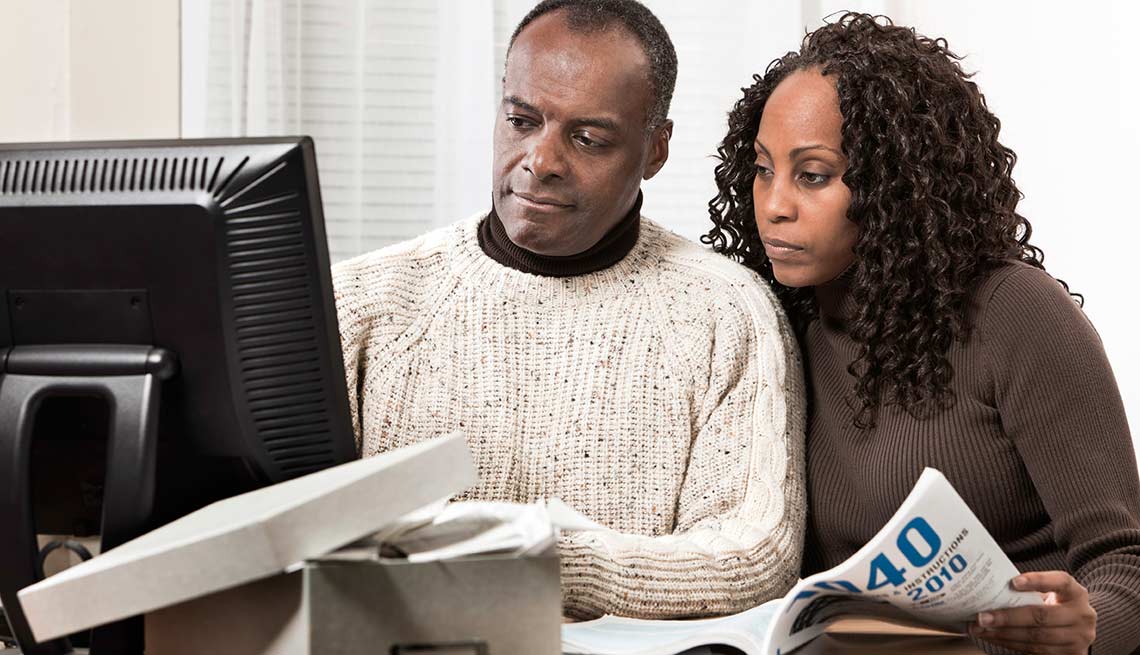 To avoid the pitfalls of tax season, watch out for these common mistakes.

Tax season isn't a particularly pleasant time of year for many Americans. In fact, nearly 6 out of 10 taxpayers worry about filing their taxes, according to a survey from the National Endowment for Financial Education, a nonprofit foundation headquartered in Denver.

Some people fret over owing Uncle Sam, while others stress about the paperwork. Still others fear a potential IRS audit. And while these worries can apply to nearly all taxpayers, older Americans may face particular tax concerns.

Here are five potential tax pitfalls that are most likely to affect boomers and retirees.

Retired individuals may neglect to file tax returns for many reasons. They forget to file or mistakenly think they don't have to if they no longer earn a paycheck.

"People don't file because they're scared of the IRS, they don't have their books and records in order, or maybe they own their own business and they haven't been making estimated tax payments along the way," says Steven Goldburd, a partner and tax practitioner at Goldburd McCone LLP in New York City.

Whatever the case, it's never a good idea to skip required filings. You could face stiff failure-to-file penalties — 5 percent of unpaid taxes for each month the return is late, up to 25 percent of your unpaid taxes.

If you can't file on time, get an automatic six-month extension by submitting IRS Form 4868. This also prevents you getting hit with nasty late-filing penalties.

An extension, however, does not give you more time to pay. Estimate your tax bill and pay it by the filing deadline.

But Baum explains that, under current guidelines, Social Security income can indeed be taxed if you are single and your total income exceeds $34,000, or if you're married and your income is above $44,000.

Depending on how far your income exceeds those figures, as much as 85 percent of your Social Security benefits can be taxed, Baum says.

To figure out if your benefits might be taxed, you have to look at the various forms of income you receive, he says.

If you have money in a 401(k) plan or a traditional IRA, you must begin taking required minimum distributions (RMDs) from those retirement accounts after you turn age 70 1/2. If you don't, you risk a 50 percent penalty on the amount you should have withdrawn.

"A lot has changed with required minimum distributions in recent years," Baum says. "Financial institutions now have the responsibility to advise account holders of their RMDs. But the obligation to actually take the RMD still resides with the retirement account owner."

What if you failed to take your required distributions?

"If you catch the mistake pretty soon after the end of the year, I tell people to take the RMD out as early as possible in the new year," Baum says. "At least, if the IRS comes after you, you can show that you recognized the problem and took steps to immediately cure it."

That goes a long way toward getting the IRS to waive any penalties, he adds.

This year, the oldest of boomers will turn 70 1/2, and Goldburd warns of two tax pitfalls for those taking mandatory distributions for the first time.

In the first year only, you have the option of delaying the distribution until April 1 the year after you turned 70 1/2. Thereafter, annual distributions must be made by the end of the year.

"But there's a catch," Goldburd notes. If you postpone your initial distribution into the next year, you will still have to make another distribution for the current year by Dec. 31, triggering two withdrawals in a single year.

Retirees often forget to do that, Goldburd says. "Then their RMD for the year before is missed, and they get a penalty. That's a very common mistake." Another mistake is taking out too much in distributions, he says.

For example, if you only need $50,000 to pay your bills and living expenses for the year, take out only that amount. Withdrawing more could bump you into a higher tax bracket.

4. Some bonds get taxed after all

Despite the current low interest rate environment, a lot of older Americans still want the safety of bonds rather than being heavily invested in stocks.

As mentioned, bond income could cause some Social Security benefits to be taxable. But there are other tax implications of owning bonds, too.

Baum says not all municipal bonds are completely tax free, as many retirees think. For instance, so-called "private activity bonds" — which are issued by municipalities to build things like sports arenas or hospitals — can have unforeseen tax ramifications.

The result is that you could be looking at "a 28 percent federal income tax on that bond income, which sort of defeats the purpose of those bonds," Baum says.

The AMT was created decades ago to prevent the rich from avoiding taxes through lots of deductions. For years, the tax wasn't indexed for inflation, and as time went by, even some middle-income taxpayers have been ensnared by it.

Finally, many grandparents give away assets to children and grandchildren as a way to reduce the size of their estate and the potential tax bite on it. The federal estate tax applies to individuals with assets of more than $5.45 million and can run as high as 40 percent. It's understandable why grandparents make gifts to try to avoid that steep tax.

Under federal law, you can give away up to $14,000 a year to as many people as you'd like. Couples can give away $28,000 to an individual. Gifts under those thresholds don't require a gift tax return to be filed.

If you give away more than the exemption amount, you need to complete IRS Form 709 to report the gift. No taxes will be due. Instead, the taxable amount of your gift will be added to the value of your taxable estate after your death.

"It's basically an informational return," Goldburd says. "You're informing the IRS of the transaction."

Many people don't make the necessary filings, however, due to lack of knowledge or a misunderstanding of federal estate and gift-tax rules.