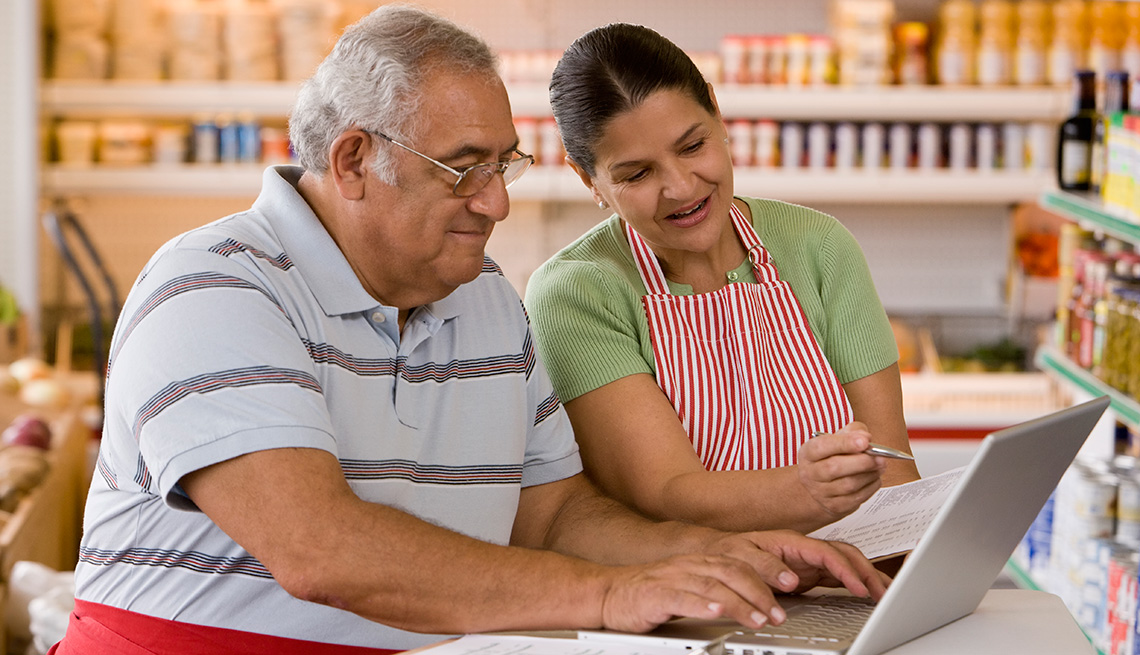 Don't let age stop you from pursuing your passions, starting a small business and being your own boss.

En español |  When you decide to start your own business, it's not always easy to know how best to set it up. Should you create a limited liability company, an S corporation or something else altogether? What would best protect your own finances while allowing you to increase revenue?

Karen Betz was faced with that choice when setting up her business, Smoothe Foods, two years ago. Unhappy in her former careers as a marketing professional and financial adviser, she pursued a longtime ambition of starting a company that makes frozen vegetarian pureed meals for people who have difficulty swallowing — a condition that affected her late father, who suffered from Alzheimer's disease. Confident that she'd done her homework, Betz incorporated as an S corporation in 2012, rather than as a limited liability company.

"Having an accounting degree, I have a better comfort level with being an S corp than an LLC," says Betz, 56, of Huntington, N.Y.

Denis Wood took a different route. The 60-year-old from Houston yearned to revive his ancestors' store, a business that began more than 100 years ago but ended in the late 1990s. Last year, Wood formed an LLC for his online company, Dalys1895, which sells men's fashion accessories.

"When our family started Dalys Department Store in 1895, they formed a simple partnership based on a written three-page agreement between two brothers. But quite a few things have changed since then, and today a simple partnership is no longer the best option," says Wood, who wanted a structure that gave him flexibility. "After reviewing the advantages and limitations of each option, it was clear that an LLC was the best solution for our needs."

When starting a business, you must decide what kind of entity to establish for legal and tax purposes, says Boris Rosen, a principal in the tax and accounting department of MBAF, a Miami-based accounting firm. For larger businesses, the key types are a sole propietorship, a limited partnership and a C corporation.

For small businesses, experts generally recommend one of the two remaining structures: an LLC or an S corporation. Both offer tax advantages and provide a "corporate veil" of protection whereby creditors and litigants should not be able to touch your personal assets — provided you play by the rules and keep good records.

LLCs and S corps are both "pass-through entities," meaning all the business income and expenses are reported on the owner's personal income-tax return. A legal professional can walk you through all of the ramifications of the different choices and suggest what might work best for you.

Indeed, however you ultimately decide to structure your business, it's important to first do the necessary due diligence and consult with professionals such as an accountant and attorney. Also, be prepared to pay business registration and renewal fees annually to your state, quarterly federal and state taxes, and accounting expenses if you don't plan to do the bookkeeping and business tax filing yourself.

"Remember that inadequate planning and use of the wrong entity can create unnecessary complications and over- or underpayment of taxes," says Rosen, the MBAF accountant.

Last, don't let age stop you from pursuing your passions and being your own boss.

"They say the older you get, the more resistant you are to change. But actually, forming my business was surprisingly simple," says Wood, the online retailer. "If you keep an open mind and look to learn something new every single day, you'll stay young your entire life."

For more tips on how to choose your business structure, visit the U.S. Small Business Administration's website. And visit AARP's Life Reimagined, which offers advice on work and the next phase of your career.