Online Dating Scammers Will Steal Your Heart — and Your Cash 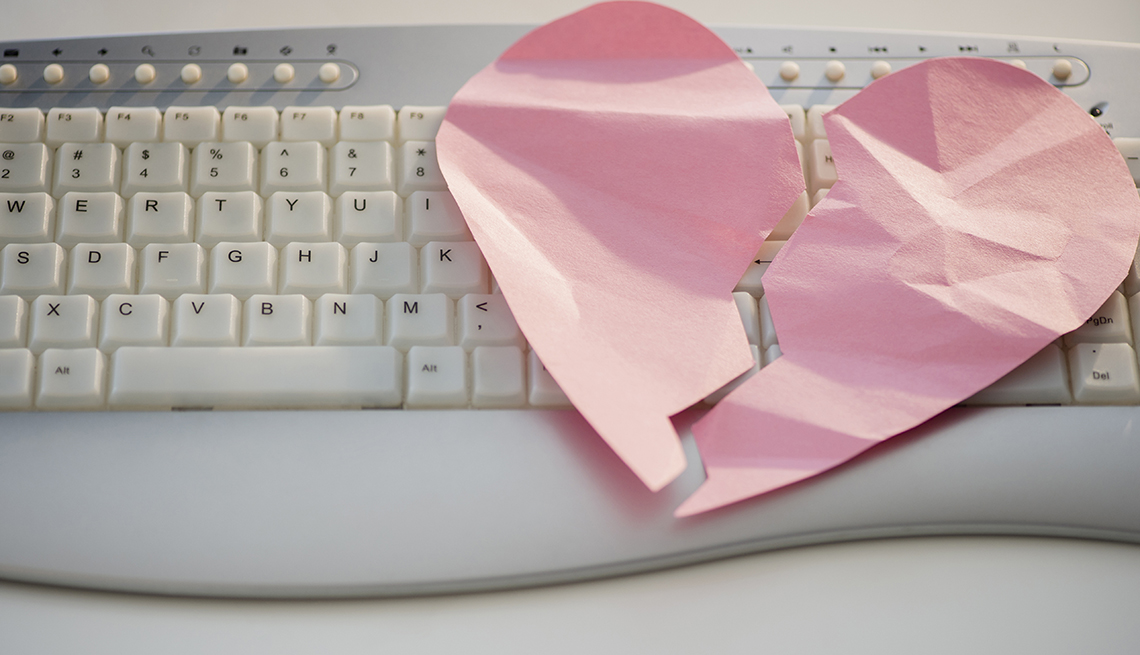 If you’re looking for love online, make sure to keep your wallet — if not your heart — under lock and key. Fraud cases are climbing as the number of dating sites and apps — and users — grow. Today there are an estimated 25,000 romance scammers online worldwide, according to one cybersecurity expert. Between 5 percent and 25 percent of online daters could be fakes or scammers, says another.

For example, last December the FBI busted a Chicago-based crime ring that victimized at least 11 people through online romance scams. The alleged cybercrooks met victims through websites and apps, including Match.com, Facebook and Instagram, according to prosecutors. What these scams had in common were budding relationships that started and flourished electronically via dating websites, emails, texts and phone calls, the complaint said. “Eventually, the conspirators that posed as the victims’ online love interests requested financial assistance for various purposes,” the complaint said.

For example, one victim in the case had just lost a spouse and “out of loneliness” accepted a Facebook friend request from a man who went by the name Frank, according to the complaint. The two engaged in a romantic relationship communicating online via Facebook, Google Hangout and email. Assured by “Frank” they would have a future together, the victim forked over about $28,000, ostensibly to help him pay a son’s medical bills, the complaint said. The grieving spouse also took out a personal loan, made wire transfers to multiple individuals and before it was over had lost thousands more, the complaint said.

Another one of the unnamed victims got roped in after lamenting on Facebook about “relationship difficulties.” A man posing as Ed Gunn responded, introducing the victim to a resident of Nigeria who called himself Suave Rochet. (The culprits ranged in age from 20 to 55 years old and are Nigerian by birth or heritage.) The victim texted Rochet two or three times a day, apparently falling hard. The Nigerian reported coming into a five-figure inheritance and, in increments, transferred more than $33,000 into the victim’s bank account. The victim then wired the money to another person on Rochet’s behalf, becoming “an unwitting money mule in this scheme,” the complaint said.

Today the defendants are behind bars and awaiting trial, but authorities don’t expect romance fraud to fade away anytime soon.

“We can’t arrest our way out of this situation,” says Steve D’Antuono, a 23-year FBI veteran who is chief of its Financial Crime Section in Washington.

“We’ve had chatrooms since the dawn of AOL, back when I was a kid,” D’Antuono says, “and criminals will use whatever technology and tools that they possibly can to take [victims’] money.”

Speaking not about the Chicago case, but generally about romance fraud, D’Antuono says victims include men and women, straights and gays, and people of all ages, races and walks of life.

Nobody can pinpoint how many romance scams occur in the U.S., in part because many cases are believed to go unreported. But available data show the number is climbing. The Federal Trade Commission, a consumer protection agency, received 16,902 reports of romance scams in 2017. That’s up from 11,242 in 2016 and 8,526 in 2015. Reports to the FTC for the first nine months on 2018, when annualized, were on track to surpass those from the year before.

How to avoid being fleeced? “The best advice is don’t give money to someone you’ve never met in person,” D’Antuono says. Others agree.

The Dallas-based Match Group owns a host of dating sites including Tinder, OkCupid, OurTime and Match.com, which is one of the sites the alleged scammers used, according to the complaint. Lauren DeFord, the company’s senior manager of marketing, said scams are rare and that the firm takes fraud “very seriously.” The company’s brands are available in more than 42 languages in more than 190 countries, according to its website.

In a statement, DeFord described how Match’s “dedicated team and sophisticated technology” patrol for fraud. The company reviews every member profile and blocks accounts originating from high-alert countries, those using stolen credit-card numbers and any with “red-flag language” in profiles, the statement said.

Never send money to someone you haven't met in person, and report it if you receive such a request, the statement said. “Those two steps will stop almost every scam in its tracks and help protect the next potential victim.”

Sometimes romance scammers zero in on people who are vulnerable due to divorce, abuse or alienation from their children, D’Antuono notes. Older Americans can be targeted because many have a nest egg and time on their hands, he says. “They could be lonely; they could be by themselves,” D’Antuono says. If retired, “they’re not going to work for eight hours a day, so they have a lot more time to take that phone call.”

Additionally, some older folks are experiencing cognitive decline, so potentially they are more susceptible, he says.

Perpetrators, meantime, can feign so much charm you’d think they’d kissed the Blarney Stone, D’Antuono says. Their motivation? “Greed,” he says. “You gotta be skeptical. These people are not good. They’re criminals.”

At the FTC’s Bureau of Consumer Protection, senior attorney Patti Poss says the admonition against sending cash to a stranger also applies to wire transfers, prepaid cards and gift cards. Inevitably a scammer will seek money for things like a hospital or hotel bill, airfare or visa fees, she says.

Like many Americans, D’Antuono knows people who became partners after first meeting in cyberspace. But he also knows well that scammers can — and will — do more than steal your heart. As they tug at your heartstrings, they may be in on a callous, calculating, un-Cupid-like scheme, aiming to bamboozle you out of cash. 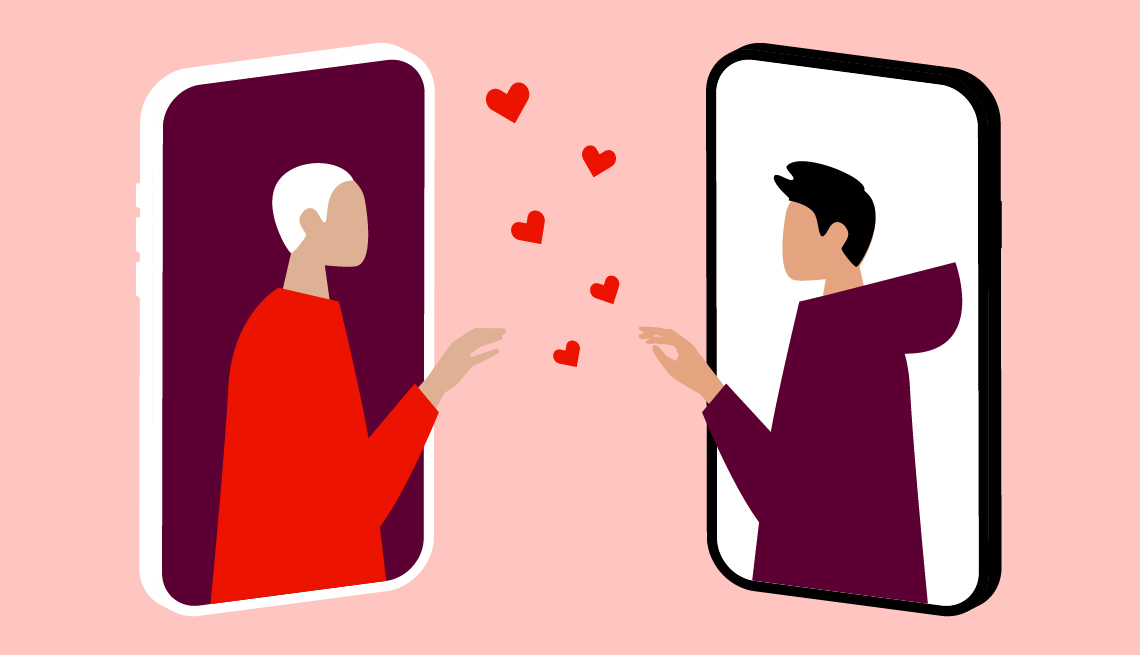 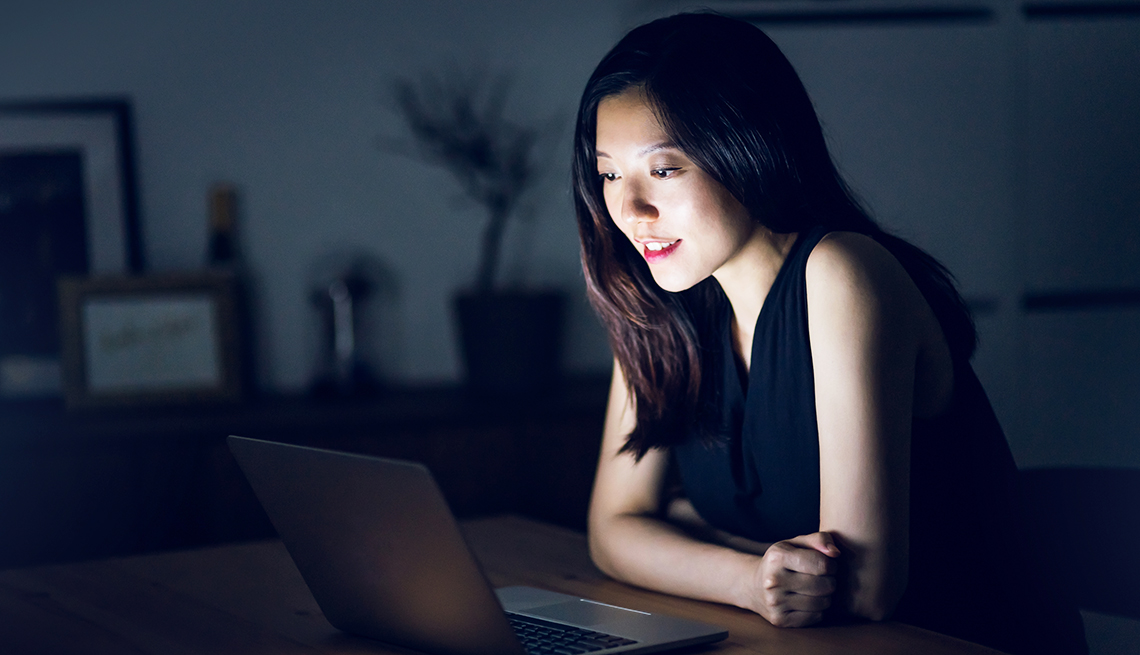 Be careful: That 'officer' may be no gentleman
%{postComment}%