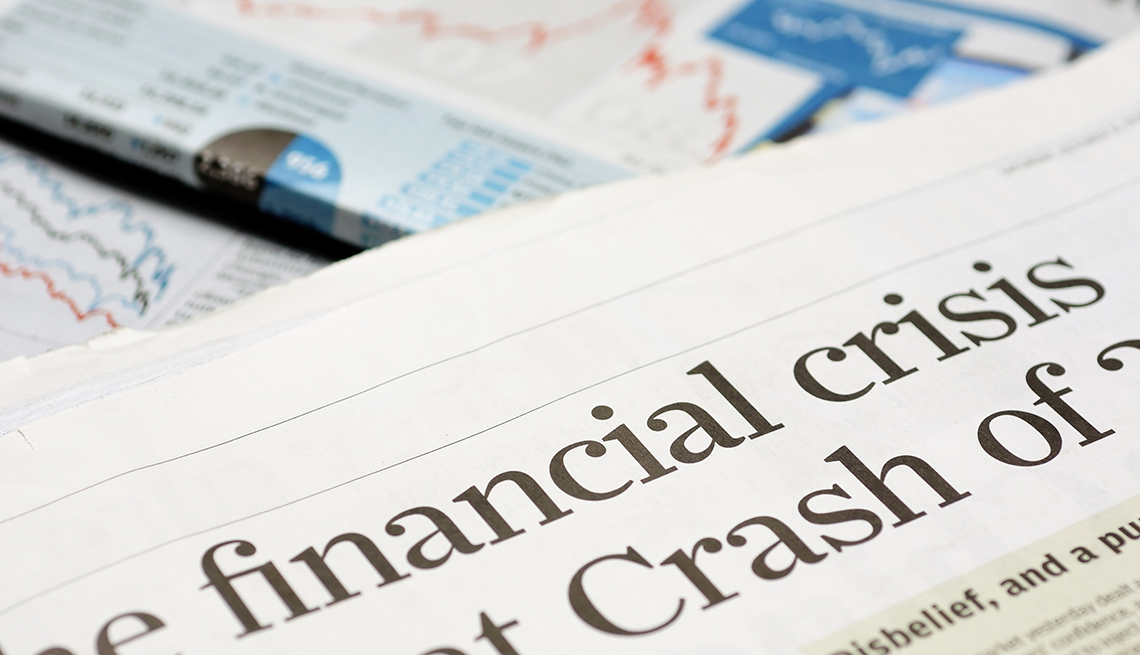 The first eight trading days of October 2008 were ones I’ll never forget — and that’s a good thing. They were excruciatingly painful, and remembering the pain will help you be a better investor. Let’s take a very unpleasant walk down memory lane.

At the end of September, the U.S. stock market was already in bear territory, but not by much. Wall Street powerhouse Lehman Brothers had filed for bankruptcy a couple of weeks earlier. On Sept. 29, Congress rejected a $700 billion financial bailout plan and stocks were punished.

By Friday, Oct. 3, the government finally passed an amended bailout, yet the market failed to rally. After the bailout, some thought the worst was over. They were wrong.

The next week was a bloodbath. The S&P 500 lost another 18.2 percent, or a total of nearly 23 percent in those first eight trading days. Trillions of dollars of stock value had been wiped out.

This wasn’t supposed to happen, as circuit breakers set by the stock exchanges were designed to stop panic selling. The VIX volatility index, a measure of fear, shot up to record levels.

By a mere coincidence, I happened to be in New York during the worst week in the history of the U.S. stock market. People-watching on Wall Street was like having a front-row seat to the zombie apocalypse. The stricken expressions I saw on the faces told a story far more powerful than the VIX fear index. And, quite frankly, I was one of those walking dead, so I fit right in.

I had been teaching behavioral economics in investing, but understanding large financial loses on an intellectual basis and actually experiencing them were two different things. And what I was experiencing was an emotional roller coaster that I was desperately trying not to act upon.

I was certainly not alone. In fact, I spoke to a well-known behavioral expert who admitted to me that he was happy selling stocks to appease the emotional side of his brain and the heck with the logical, more rational side.

My emotional side needed some appeasing as well, but the asset allocation of my portfolio demanded otherwise. It was because I had set a target allocation for stocks. Rebalancing required me to sell the bond funds that gave me comfort and move into the stock funds that had just caused me excruciating pain. It was an Imodium moment.

The market staged a bit of a rally for the rest of October but didn’t bottom until March 9, 2009, with the S&P 500 losing nearly 57 percent of its value from the Oct. 9, 2007, high. Those of us who rebalanced were in the throes of doubt and drenched in flop sweat. I had some clients call me asking if I could promise this was the bottom. Of course, I had to say I couldn’t.

On the outside, I was doing my best to stay calm and carry on by saying stocks were on sale, including at an appearance in this CBS news video filmed two trading days before the market bottomed. On the inside, however, I was not so confident and my anxiety-ridden inner voice was saying, “Please let me be right!” I had no clue that the longest bull market in history was about to begin.

No stock market plunge should be wasted

I fear we have learned little from the plunge. Today, people are coming to me with portfolios that are nearly 100 percent in stocks. When I point out just how risky that is, I hear things like “I’m in it for the long run,” and “I’m certain I won’t panic and sell.”

And many with fixed income are in the same type of “high-yield” bond funds that lost over 26 percent in 2008. High-yield bonds are also known as “junk.” This proves the point that we human beings aren’t efficient learners.

Well, let me give you a spoiler alert. Not only can it happen again, it’s almost certain that it will. I just don’t know when and by how much. The world is at least as risky as it was a decade ago.

If this walk down memory lane wasn’t enough to persuade you to have a balanced portfolio that takes some risk off the table, then read these headlines from October 2008. Pull out your investment statements from October 2008 to March 2009 and look to see if you bought or, like most, sold stocks. Consider that investment professionals turned to bonds and cash at just the wrong time.

The one thing I’m almost sure of is that the next plunge is going to hurt a lot more than you think. You will be at least 10 years older when it happens and will have less time to recover.

As the saying goes, “Those who do not learn from history are doomed to repeat it.” If reading this piece has caused you pain, then I’ve done my job.