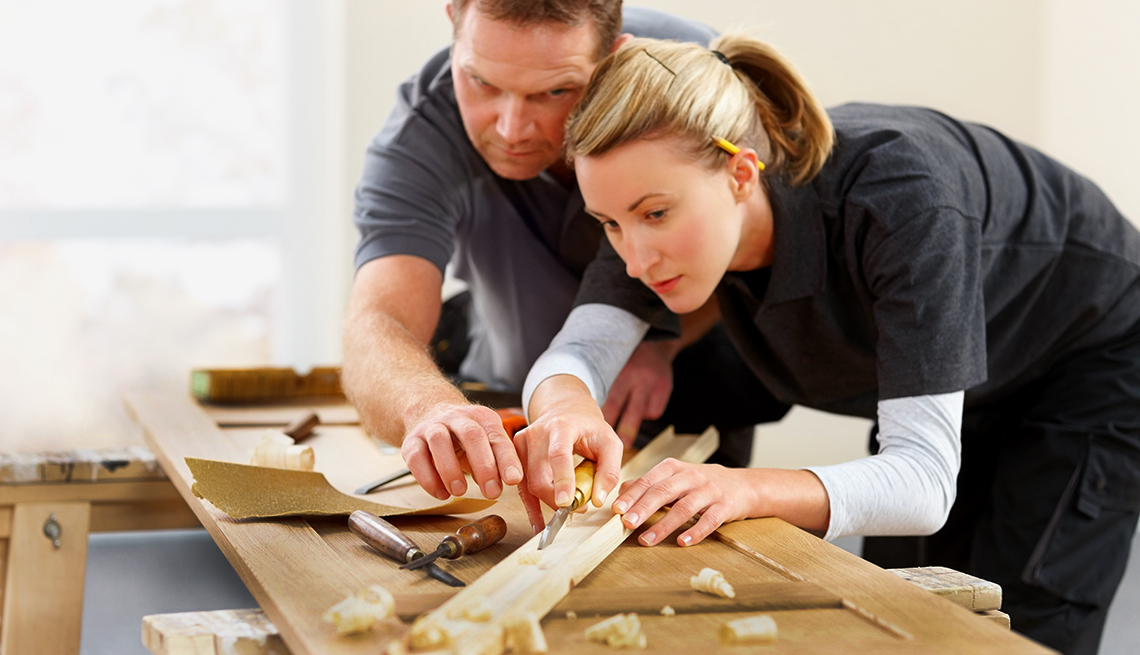 Remodeling your home can be a good investment, if you choose your projects carefully.

Home renovations, such as updating a kitchen or bathroom, or adding a deck or patio, can be expensive. That's why many of my financial planning clients ask my thoughts when considering one. This is especially true when couples disagree on the worthiness of it.

One spouse may argue that updating their home is an investment they will fully recoup when they sell, while the other may feel they are just throwing money away. Here are some things to consider.

According to the 2016 Cost vs. Value national survey by design and construction information company Hanley Wood, most remodeling projects return a portion of the cost in the home's resale value, though the amount varies greatly by project and a bit by region.

For instance, the survey indicated that the best overall return on investment came from adding fiberglass insulation to the attic. At a national average cost of $1,268, it returned nearly 117 percent of the investment. (The payback is even greater when you include savings on heating and cooling costs while you own the home.)

Among the lowest on the list of midrange projects was adding a backup power generator, costing an average of $12,712 and returning just over 59 percent of the investment. The addition of a swimming pool wasn't included in this national survey, as they are typically more common in warmer climates.

A general rule when making the decision

Let's take kitchen remodeling as an example, and use a fictitious couple. Charles really wants the new kitchen, but Joyce says it's a waste of money. Further, let's say Charles has a quote for what he wants that comes in at $59,999, or the national average. According to the survey, Charles and Joyce are likely to recoup about 65 percent of the cost, or $38,938.

Craig Webb, editor in chief of Hanley Wood's Remodeling magazine, told me a good starting place for the net cost would be the difference between the total cost and the estimated increase to the resale value of the house. In this case, that would be about $21,061. Wood added that if you're staying in the house longer, it's even more important to weigh a project's cost against the benefits to you. Some changes, such as a walk-in shower, may be vital if there comes a time when you're no longer able to get into the bathtub.

I would tell Charles and Joyce that it isn't an investment in the same sense as a stock or mutual fund they would expect to appreciate. After all, it's pretty hard to enjoy a stock or mutual fund every night when you come home from a hard day at work, like you might a new kitchen. So I would tell them they need to base their decision on whether they think this new kitchen would bring $21,000 worth of happiness over the years they plan to keep the house.

Exceptions to the rule

Every rule has exceptions, of course. One might be how you do the remodeling. If you select features that appeal to you but few others, you can throw these averages out the window. If you happen to be handy, perhaps you can do much or all of the work and cut the cost in half. If you choose this option, however, consider whether it's safe for you to do it yourself. You may no longer have the strength and balance to tackle a project that might have been easy when you were a decade or two younger. And (I'm speaking for myself here) consider what it might cost in the long run if you have to hire a professional to repair what you mess up.

It's also important to remember that styles change. So what might be popular and add to resale value today may be dated by the time you sell the house. Finally, consider whether the value of your home is all in the land, as was the case with my last house. The structure itself had a negative value of $50,000 to the buyer, which is what it cost to knock it down and dispose of the debris.

Though I can't give any client a definitive yes or no, I can help frame the costs and benefits of the decision. Start with the net costs from this survey and then adjust for some of the factors discussed above. If you are still working, consider whether paying for a renovation might require you to push back your retirement date. Ultimately, however, you can't take money with you when you die, so don't deny yourself something you really want—as long as you can afford it.