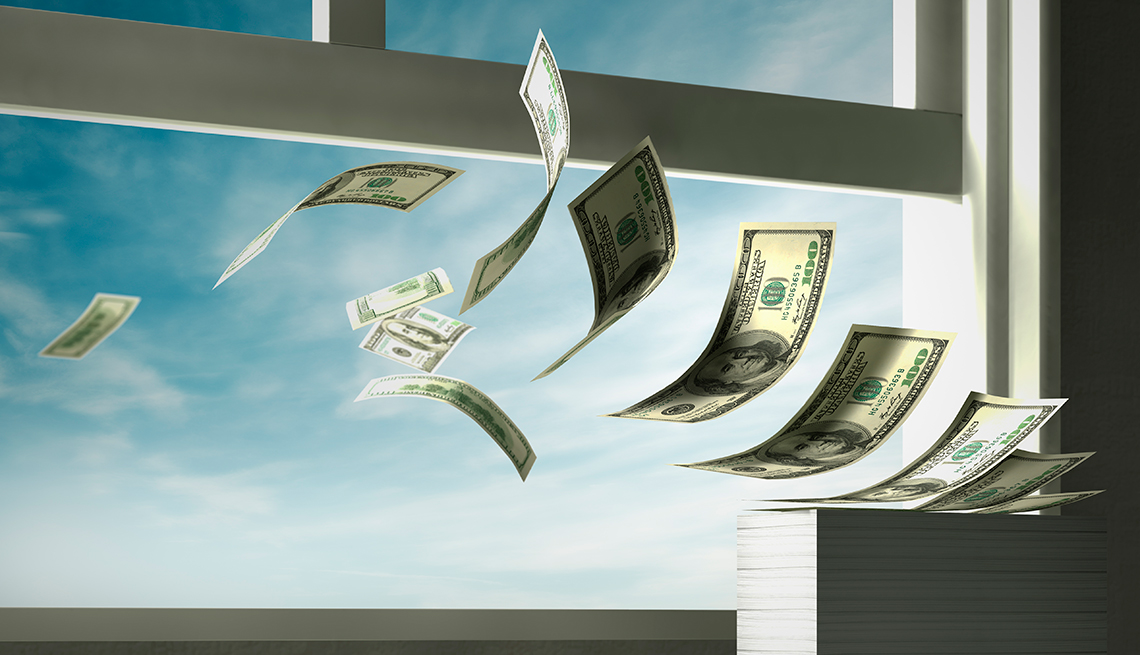 High management fees could be blowing your money out the window — but consider carefully before you change your portfolio.

If you pay a 1 percent average expense ratio on a $250,000 portfolio, it could cost you more than $25,000 over the next decade, with compounding. As more investment firms slash their management fees and costs, it’s now easy to find funds and exchange-traded funds (ETFs) with expense ratios below 0.10 percent. Still, though it would seem a no-brainer to sell one’s more expensive funds, I sometimes advise clients to hold off. I’ll explain why and how you, too, should consider such decisions.

How well the mutual fund or ETF has performed in the past should not be part of your decision. Years ago, Chicago-based fund researcher Morningstar said costs were a better predictor of future performance than its star rating, which ranks best-to-worst performers relative to similar funds. So past performance should be given a zero weighting. Assuming your funds have no back-end sales charges (and you should always avoid these loaded funds), there are some easy and hard decisions to make that all revolve around taxes.

If you own traditional 401(k), Roth or IRA accounts, you can sell higher-cost funds and buy lower-cost funds with no tax consequences. Try to find the lowest-cost funds being offered in the asset class in which you are investing. If the 401(k) offered by your employer doesn’t offer low-cost index funds, look to see if you can roll your 401(k) into an IRA.

Next, if you own the funds in a taxable account, your choice may also be easy. You may own the investment at a loss, which means you actually save in taxes if you sell via a tax deduction. An individual can deduct $1,500 of a capital loss annually, while a married couple filing jointly can deduct $3,000. Both can carry forward any losses into future years indefinitely. It’s not fun selling at a loss, but it has an economic benefit.

Even if you have a gain, you still may not have to pay taxes if you have a tax-loss carryforward from losses you recognized in previous years. Many who panicked during the 2008 market plunge, for instance, may still have substantial tax-loss carryforwards. There is also the scenario that if your income is low (especially if you’re retired), and you are in the 15 percent marginal tax rate bracket (for 2017, that’s a single earning up to $37,950 or married couple filing jointly up to $75,900), and your gain is long term (held more than a year), you could be at the zero-percent tax rate for these gains.

If one of the above doesn’t apply, then you will likely have tax consequences from selling. Unfortunately, there are complexities in comparing paying taxes now with saving on lower fees for years.

On the surface, it appears as if you have a six-year breakeven ($600/$100), but remember that you will likely pay taxes at some point if you sell the holding while you are still alive. So you could think of it as a loan from the government, since it's letting you hold off on paying those taxes. Let’s say you could borrow money at 4 percent. That $600 at 4 percent is worth about $24 a year. Thus, you’d be paying $24 a year to save $100 annually — so pull the trigger. On the other hand, if we were only lowering the expense ratio by 0.10 percent annually, you’d be paying $24 a year to save $10, so you wouldn’t sell.

If you do the above analysis and reach a sell conclusion, there are a couple more things to consider. Will your income be lower next year, possibly as a result from retiring? That could put you in a zero long-term-gain tax bracket. The second issue to consider is whether or not you think you will ever need the money. If you don’t think you will and will never have to sell the fund, you may decide to keep it, hoping the step-up basis law stays. That means your heirs will never have to pay the capital gains tax, as their cost basis will be the value of your stock on your date of death.

If, for any reason, you decide not to sell your fund, there is one thing you need to do today: Turn off any dividend reinvestment program you have on those more expensive funds. The last thing you want to do is buy more.

I’ve always argued investing was simple but never argued taxes were. Take the above information as a guideline and get expert tax advice before you make decisions that could have material tax consequences. And, of course, Congress can always change tax laws.