How to Tell If You Have Too Much Debt 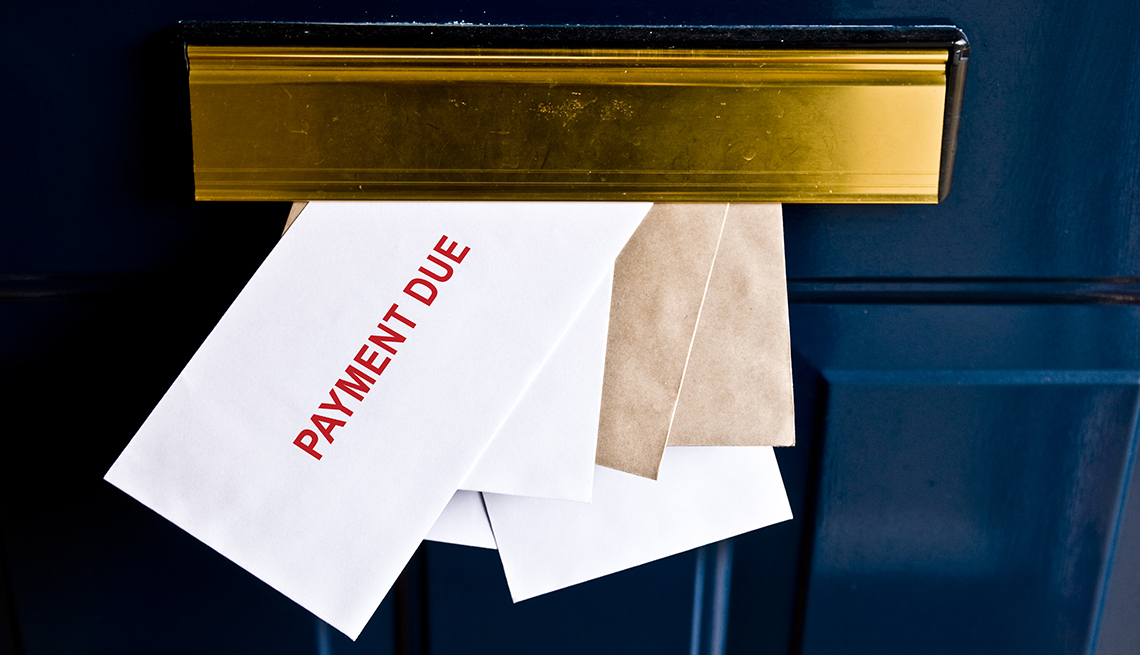 But how do you know when all the money you owe — and all the cash you need to come up with each month to pay bills — is, um, too much? What's the tipping point? What's the trigger that gets you to face the mathematical facts and admit, “Honey, we have a problem."

Looking at your debt relative to your income, financial advisers say, can provide telltale signs that show you're overextended. But before we tick off key debt-to-income ratios to watch, we'll share some easy-to-spot red flags that could signal you have a debt problem.

If you can't bear to tear open your credit card statement each month or start hiding statements from a partner, that's a sign you have too many IOUs. Using your home equity line of credit or high-interest credit cards to make ends meet is another sign of financial stress. Paying only the minimum on your credit cards or making payments after the due date — thereby racking up late fees — also signals danger.

Other signs of trouble include a sinking credit score that puts you in the so-called bad-credit category, missing a mortgage or car payment, or quickly quitting your new debt-payoff plan like you would a fad diet. “When debt is causing anxiety and stress, typically you've reached the troublesome category,” says Bryson Roof, investment adviser at Roof Advisory Group, a division of Fort Pitt Capital Group.

The most important next step is to admit you have a debt problem and take action to fix it, says Chrisanna Elser, a financial planner and founder of ThefinU, a personal finance site.

"Acknowledgment of debt is like stepping on the scale after Thanksgiving — it may not feel like you have gained weight (debt), but the numbers don't lie,” she says.

Talking about numbers, U.S. household debt hit a record $14.15 trillion in the fourth quarter of 2019, according to the Federal Reserve Bank of New York. While mortgage debt of $9.56 trillion is the largest portion of debt owed by Americans, credit card debt climbed 5.3 percent in the final three months of 2019, bringing owed balances on plastic to $930 billion.

And American households with debt loads so big that they have sought financial counseling are carrying more than $20,000 in unsecured credit card balances, on average, and have 5.6 credit cards, according to a recent analysis by American Consumer Credit Counseling (ACCC). The average American household carries about $6,194 in credit card debt, says the ACCC, citing data from credit monitoring bureau Experian.

Now's the time to grab the calculator and tally up your monthly payments to see if your debt level is manageable or out of control. Here are some debt-to-income ratios that can flag financial stress in your household.

The weakness of this measurement is that it doesn't include other debts you may be on the hook for each month that further drain cash flow.

A standard ratio used in the financial industry is the so-called 36 Percent Rule, which says your total monthly debt (which includes all housing-related debt as well as consumer debt, such as credit cards and student loans) should not exceed 36 percent. So, if your gross monthly income is $5,000, your monthly bills tied to debt should not exceed $1,800.

Most banks use the more inclusive 36 percent debt-to-income ratio as one of the metrics to determine qualification for a home loan, Elser says.

However, you must keep in mind that these ratios are based on gross income, which doesn't include lower take-home pay due to taxes. It's quite possible that you might still have trouble making ends meet after taxes are factored into your bill-paying equation.

Her advice: Play it more conservative and apply the 36 Percent Rule to your net income, or take-home pay.

Total debt vs. net worth

Add up all your assets, such as the equity in your home, checking and savings account balances, investment accounts and 401(k)s, clothes, furniture and anything else of value. Then subtract from that number what you owe on your mortgage and debt from credit cards, student loans or money you borrowed to buy a car.

The next step is to calculate your debt-to-net worth ratio.

The lower the ratio, the better, as it means your debt load relative to your wealth is minimal. However, it is not uncommon for younger households to score worse due to lower pay early in their careers while also taking on major purchases with hefty monthly payments, such as a home or a car. Older people who have sizable 401(k)s and their mortgages paid off tend to have lower debt-to-net worth ratios.

Another sign of having too much debt is if your credit score starts to sink, and you end up being viewed as a subprime borrower by banks and other lenders, or someone less likely to make loan payments on time or pay off loans in full, adds Joseph Polakovic, owner and CEO of Castle West Financial.

"A credit score of 720 (which is considered a “good” score by credit rating bureau Experian) or above should always be the goal,” says Polakovic.

The bottom line: The higher your debts and the more you must pay each month in bills can result in a major drag on your cash flow, or money available to pay off all your debts.

"You want to make sure you've got enough money coming in to cover the debt,” says Polakovic.

3 Steps to Get out of Debt

How to get control of what you owe

Quiz: How Much Do You Know About Credit and Debt?

Take this quiz to test your knowledge