With Prime Day up in the air, new summer sale will focus on fashion 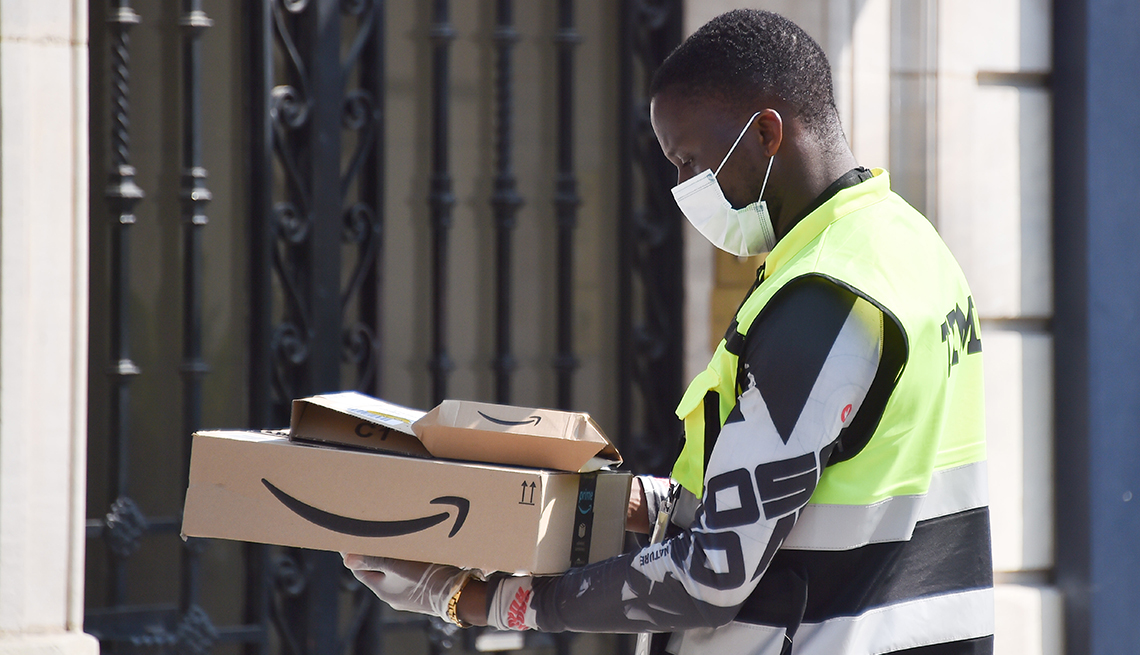 In just a few years, Amazon has established its annual Prime Day sale as a linchpin of the shopping calendar, bringing Black Friday-type deals into the heat of summer for members of the online retail giant's Prime program.

This year, though, even virtual events have to reckon with the effects of COVID-19. With surging demand from stay-at-home shoppers stretching its warehouse capacity and slowing delivery speeds, Amazon has reportedly postponed Prime Day, which typically takes place in July (and in 2019 actually lasted two days).

That doesn't mean a summer without savings for Prime shoppers — at least for those with an eye on fashion. They can look forward to a more narrowly focused promotion from Amazon called the Big Style Sale.

Amazon observers say the company and its fashion sellers likely have surplus inventory to move after a soft spring for sales due to the coronavirus pandemic. And they may find a ready audience as Americans reopen their wallets and shift more of their shopping online.

The U.S. Census Bureau reported that retail sales jumped 17.7 percent in May, after plunging in the initial months of the outbreak. According to a Statista survey, more than a quarter of U.S. adults have bought clothing on the internet rather than at a store due to the pandemic, and a Morning Consult poll found that the virus has prompted nearly a third of consumers ages 55 to 73 to spend more at online marketplaces.

Amazon has revealed little about the Big Style Sale, saying only that it will happen later in June and “will include seasonally relevant deals from both established and smaller fashion brands.” The company has not announced when the sale will start (although some reports have it kicking off on Monday, June 22), how long it will last or whether it will be confined to Prime members.

"I've been digging around myself and I've found very little information,” says smart-shopping and lifestyle expert Trae Bodge. “I'm so curious to see how it all plays out."

With Amazon being tight-lipped, shopping pros say that it's hard to predict what brands and product categories will offer the biggest finds. But they do have some tips for getting the most bang for your Big Style buck.

Bodge, who heads the consumer advice website True Trae, expects a sprawling sale, running for “at least a week” and featuring “a lot of discounts on clothing, footwear, handbags, jewelry.” Her top tip: Inventory your summer wardrobe ahead of time and map out what you need most.

"There's so much noise when you go on to [Amazon] during a big sale period like this, it can tend to be a bit overwhelming. It's kind of like shopping on Black Friday in the mall,” she says. “You might end up jumping for things you don't necessarily need. Which is why I recommend, if you can, go through your clothes and say, ‘OK, I need these four things.’ “

That's especially important for older consumers, who Bodge says tend to be “a little bit more conservative” and less interested in fast fashion. “They're looking more for that sweater with that cut that's going to last a long time,” she says. “Be honest with yourself about what you need, and look for those pieces specifically."

Once you've got your list, scan deal sites like RetailMeNot, CouponCabin and Slickdeals for Amazon-specific discounts, coupons and cash-back offers. Slickdeals, for example, lets you set up deal alerts for particular items.

"That's a good way to keep your eye out for specific things that you want, especially those investment pieces like a [designer] handbag or an expensive pair of shoes,” Bodge says. “You'll know when that item goes on sale, and you can go to Amazon and make that purchase rather than sitting on Amazon and waiting to see if the item goes on sale."

2. Shop for all seasons

Amazon has increasingly used Prime Day as a vehicle to “solidify their position as a go-to shopping source for fashion and style,” says Casey Runyan, managing editor of the online shopping guide Brad's Deals. She expects more of the same for the new event as the company seeks to regain its fashion momentum after months of prioritizing sales and delivery of household essentials.

And don't sleep on off-season bargains, she adds: “We saw some name-brand outerwear [during Prime Day] last year discounted by 50 percent.”

So, what's a legit Big Style steal? “Based on historic price drops, I'd expect to see discounts of 30 percent and higher,” Runyan says.

For Bodge, it depends on the specific merchandise: “Luxury items like designer handbags, designer shoes, designer jeans or anything from a specific designer — say, Michael Kors or Prada — those items go on sale infrequently. If you see a sale like 25 percent off a designer item, and it's a designer item that you have on your list or on your radar, that's a discount I would jump for.

"If we're talking more like middle-of-the-road pricing, fast fashion, anything like that, I'd be looking for 40 percent off or more,” she says. “Forty percent and up — that's a great deal no matter how you look at it."

Input from other shoppers can help you make sure you're getting what you want, especially for older consumers who might be less accustomed to buying clothes online. Many reviewers “are very clear about the fit of items, and you can see photos of different people and body types in the clothing,” says Michelle Madhok, founder and CEO of women's style website SheFinds.

"Also, pay attention to the Amazon Essentials brands,” Madhok advises. “They make great basics, like T-shirts and underwear, and are sure to be marked down.”

If you are shopping Amazon brands, “be wary about sizing,” Runyan says. “Some of Amazon's brands, like Lark & Ro, are known to run small, and third-party sellers may follow different sizing charts. Make sure to check the measurements."

Even when you find what seems like the deal you want, take a moment before buying in order to see if there's a better deal out there. Other retailers, Runyan notes, have taken to scheduling sales around Prime Day to capitalize on consumer enthusiasm.

"There's no guarantee that will happen with this sale,” she adds. “However, I wouldn't be surprised at all to see fashion events and flash sales, including similar products at retailers like Kohl's or Macy's."

"I will always, before I buy anything on Amazon, check Google and see what the prices are elsewhere,” she says. “Always take an extra step and make sure that you're getting the great sale price that you think you are."

Just Who Hoarded All That Toilet Paper?

Older adults, worriers and perfectionists were more likely to stockpile during the pandemic

15 Once-Mighty Retailers: Where Are They Now?

Cash In on Fashion