Money is the root of many a rocky marriage. But it's even trickier when you remarry, especially at an older age. For one thing, an unhappy first marriage might motivate you to demand a different approach to sharing your finances the next time around. Plus, you face other factors, from the needs of adult children to the separate condos you each might own. "There are just so many more variables," says Tony D'Amico, CEO of Fidato Wealth, a financial advisory firm in Strongsville, Ohio.

We asked couples in second (or third) marriages how they succeeded. The common themes: good planning and clear communication. Here are four great examples. 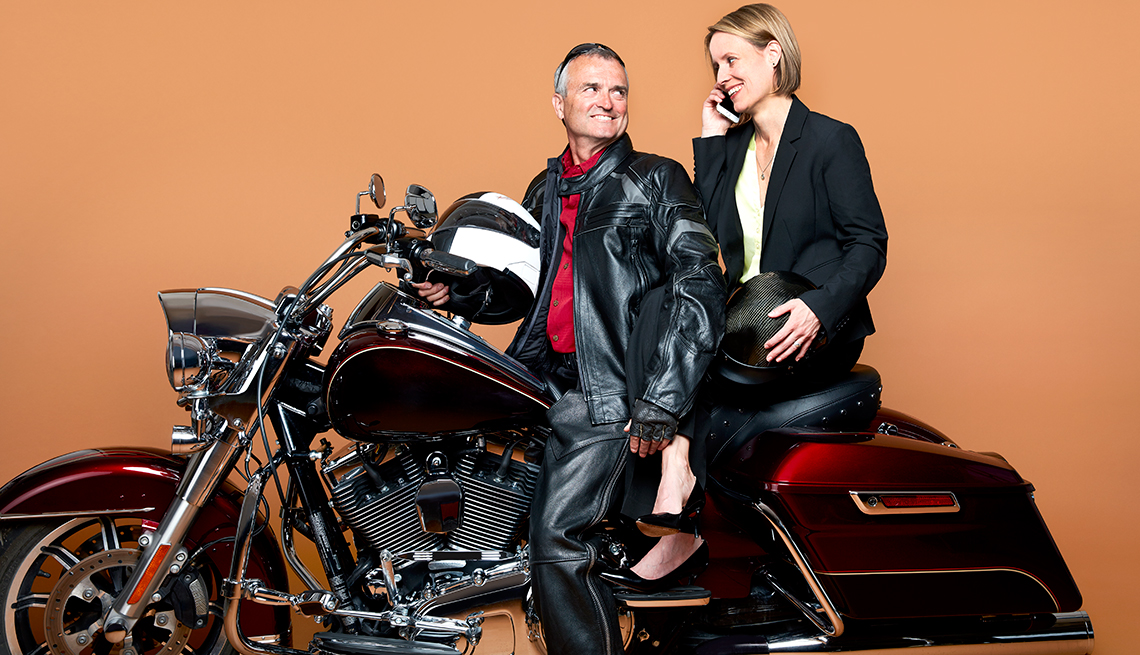 Sarah and Rick Swantner have separate retirement projections due to their age difference.

Previous marriages: This is her second, his third.

Children: He has an adult daughter.

How they handle their money: Sarah, 43, and Rick, 64, met 11 years ago, while they were working as engineers for Hewlett-Packard in Boise, Idaho. When they married, they moved into his house and he continued to pay the mortgage.

That changed six years later, after Sarah decided to become a financial planner and landed a job in Rapid City. The time seemed right for Rick to retire, so he sold his house to make the down payment on a home in their new city. They jointly own the residence, and they pay the mortgage through a joint checking account.

But because of their significant age difference and Rick’s retirement, they created separate retirement projections to manage their 401(k)s and other individually held funds earmarked for retirement. Rick’s savings are there, to be spent over his lifetime; the same is true for Sarah. They pay the bills through a joint checking account, however; that’s where Sarah’s salary goes.

Takeaway: For Sarah and Rick, the key issue has been taking into account their age difference — ensuring that each has plenty to live on while also bearing in mind her future earning power. “Rick didn’t enter into a marriage with a person who’s 20 years younger so he can support her for 20 years after his death,” Sarah says. “And I intend to work for at least as long as Rick did.” 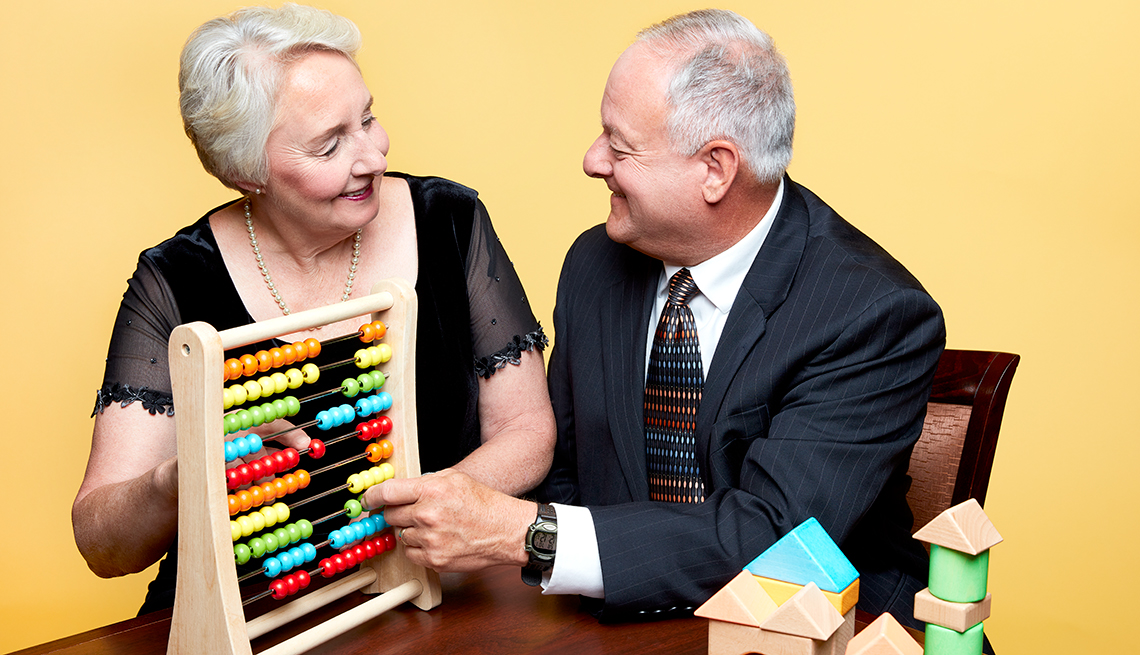 Judy and Les Fox initially separated their finances and later merged them.

Children: She has three adult daughters; he has an adult son and daughter.

How they handle their money: Initially, on Les’ suggestion, the couple signed a prenuptial agreement, which delineated that each person’s assets, such as retirement, checking and savings accounts, would be kept separately. “That was in case our marriage didn’t work out,” says Les, 67, who is a retired chemist.

Gradually that has changed, and they’ve blended just about all their finances together. Now their savings and checking accounts are jointly owned. Les, when he was working, deposited his salary into one of the checking accounts; they draw on that one to pay most of their bills. Before Judy, 65, retired as a registered nurse, she put her paycheck into another checking account. That one, which she calls her “mental health account,” was originally started so she had money she felt she could freely tap to pay for expenses her children and grandchildren might need. But it’s always been jointly held.

Judy sold her house when they got married, and the couple bought a home the next year. Since then, they’ve moved several times, including two five-year stints in California, always jointly owning their residence.

Takeaway: Couples may choose to keep their assets separate at first. But with a successful marriage, they may convert accounts to being jointly held. 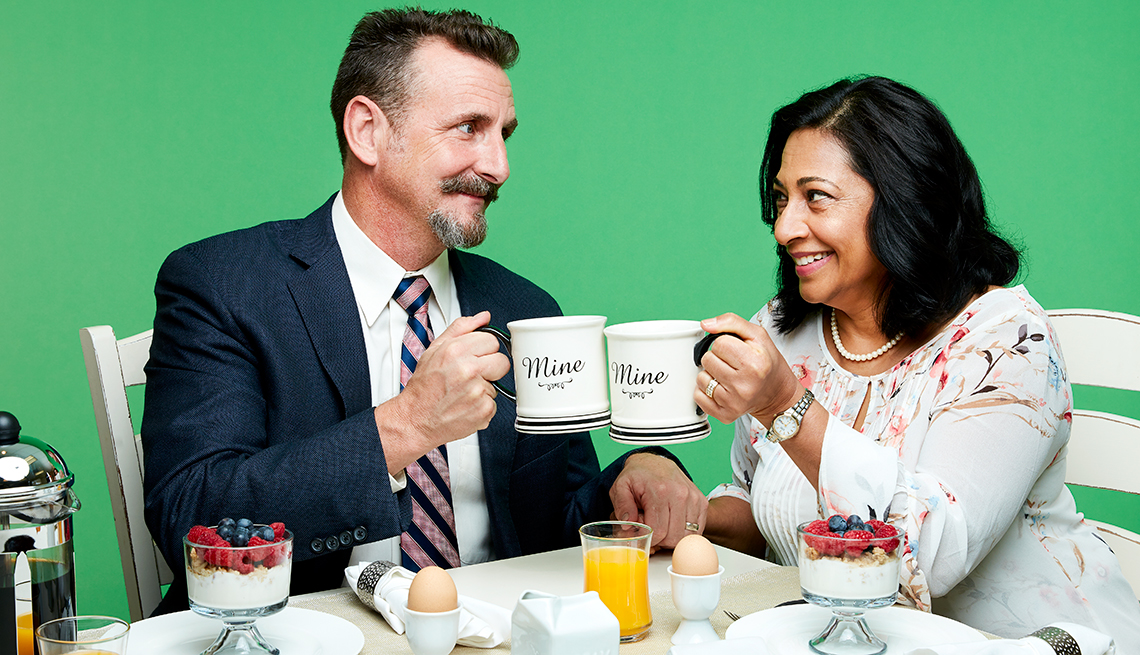 Scott and Unneetha Pruitt provide for each other as well as family members.

Previous marriage: This is her second, his first.

Children: She has two adult sons.

How they handle their money: When Unneetha, 58, and Scott, 50, got married, he was adamant: He didn’t want their union to take anything away from her sons.

So Unneetha, a nurse practitioner, and Scott, a former Army lieutenant colonel who also worked for border control, decided to keep all their accounts separate — and not to file their taxes jointly.

Each owns and pays for a condo that was bought before they got married. They live in her condo, which is more spacious, and he rents out his.

Scott will receive an Army pension; Unneetha is the main beneficiary, with 75 percent designated to go to her and 25 percent to his nephew, who has mental disabilities.

For Unneetha, her big concern is what happens to her money after her sons marry. “I don’t know what their wives will want,” she says.

“That’s why I’m putting my foot down before they can have any say in the matter.”

Takeaway: If you both are self-supporting, you can keep all your finances separate and still live happy married lives together. 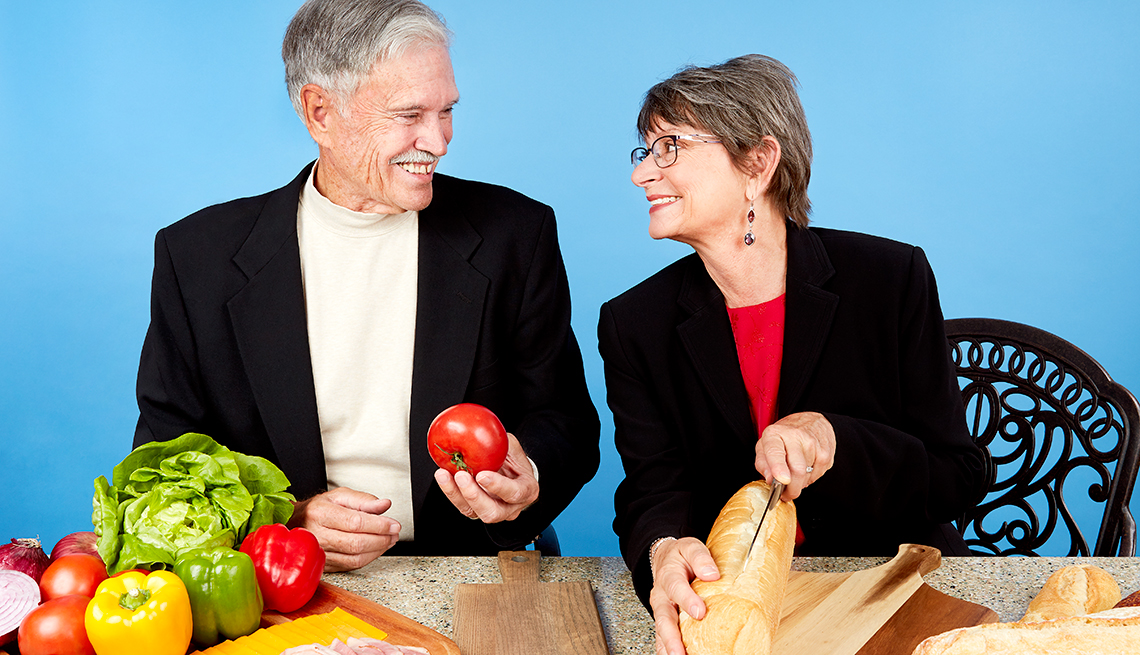 Chuck and Karen Autrey manage their money in multiple trusts.

Children: He has two grown children.

How they handle their money: Both Karen, 60, and Chuck, 74, came into their marriage with sizable assets. A registered nurse, she had “a six-figure net worth,” says Chuck. Meanwhile, he was a partner in Intrinsic Wealth Counsel, a financial advisory firm in Tempe, Ariz. Plus, they both had individual trusts, which held their premarriage investment accounts and property. But both trusts were revocable, meaning that upon death, beneficiaries generally can get access to assets without going through the lengthy and costly process of probate court.

The simplest thing, they figured, was to keep those individual trusts, but designate each other as the beneficiary. At the same time, they created a joint trust. Held in that is a house they bought soon after they were married and a joint checking account. Her salary as a nurse working with a geriatric care doctor goes into that, as does his stipend from his advisory firm, where he sits on the investment committee.

Chuck oversees bill paying every month, but Karen sits with him, to keep on top of where the money is going.

Takeaway: The more money each spouse has before the marriage, the greater the need for multiple investment accounts and careful management of beneficiaries.

Your Nuptial Property: Who Owns What?

There are two basic property systems in the U.S. covering assets brought into a marriage or gained while together.

Forty-one states and the District of Columbia operate under statutes evolved from English law. Property acquired by one member of a married couple is owned completely by that person — even if obtained during marriage.