When Michael Silvestri, 74, spotted a deal on a two-bedroom Fort Pierce, Fla., condo in 2008, he thought it would be a nice place to relax and go fishing.

But less than three years after buying the unit at Inlet House, a 55-plus community, Silvestri is embroiled in a legal battle with the complex's homeowners association, which is trying to foreclose on him.

See also: Foreclosures through the roof. 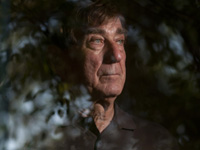 Silvestri is not the only one. After plumbing problems emerged at the 60-unit community in late 2009, homeowners faced thousands of dollars in special assessments to cover repairs. Some couldn't afford the extra charges and others — like Silvestri — disagreed with the handling of the problem and refused to pay.

The board responded by foreclosing on nonpayers, and Silvestri says he and four of his neighbors could soon lose their homes. "These people are terrified and scared."

Traditionally, banks pursue foreclosure, but the situation at Inlet House is increasingly common, says Evan McKenzie, a professor at the University of Illinois at Chicago and an expert on homeowners associations.

While no one tracks these foreclosures, McKenzie says, they're on the rise as the weak housing market left many homeowners associations struggling financially. Older owners are especially vulnerable because they typically have significant equity in their homes, he says.

Back at Inlet House, Janice Stinnett, who heads the homeowners association, declined to comment.