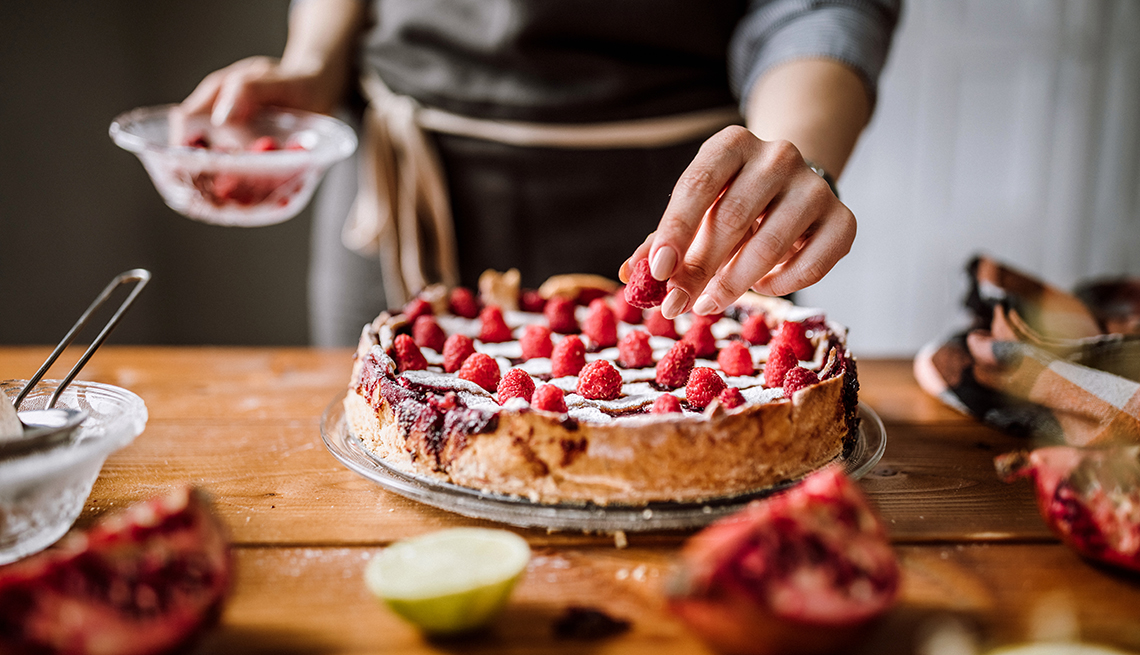 Most professional chefs are on their feet for more than eight hours a day, making sure the food in their restaurants is top-notch. Today, chefs and restaurateurs are faced with unprecedented stress — the daunting challenge of keeping restaurants afloat during the COVID-19 pandemic.

With so much uncertainty, time spent in their home kitchens can feel like a deep breath. Four restaurateurs and chefs share the dishes that they find comfort in creating. 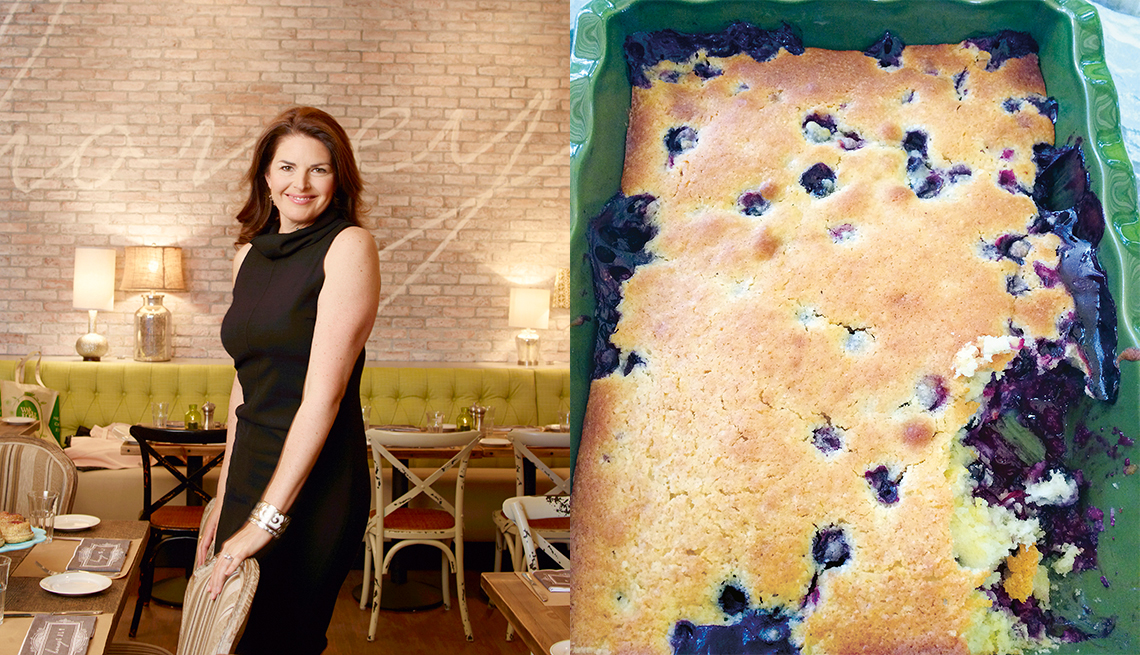 Restaurateur Elizabeth Blau, 51, barely has a free moment between her Las Vegas and Vancouver restaurants including Honey Salt, and some in partnership with "The Cake Boss" Buddy Valestro. A seasoned culinary veteran, Blau has been a judge on cooking shows including Iron Chef America.

But like any of us, she has dishes that she finds soothing to make. In the summer when berries are plentiful, that's spoon bread. She's already made it a handful of times during quarantine.

"From a very young age, I would take my son, Cole, raspberry or blueberry picking. So it was a family outing and a simple dessert that we could bake together,” she says. This dish is particularly comforting because “it makes the whole house smell amazing."

Note: You can use any fruit in this dessert. In winter, precook pears or apples, but berries can be used raw.

Toss blueberries with sugar and cornstarch in a large mixing bowl. Let mixture set for 10 minutes to macerate the berries. Preheat the oven to 375°F. In a large mixing bowl, whisk together the flour, sugar, lemon zest, baking powder and salt. In a separate bowl, whisk eggs with milk and vanilla. Whisk the liquid mixture into the dry ingredients until combined, then whisk in melted butter. Spread blueberry filling into a 9-by-13-inch baking dish. Spoon batter over the berries, leaving gaps between each spoonful. Bake in oven center for one hour, until fruit is bubbling, and a toothpick inserted into spoon bread comes out clean. Let cool for at least one hour before serving. 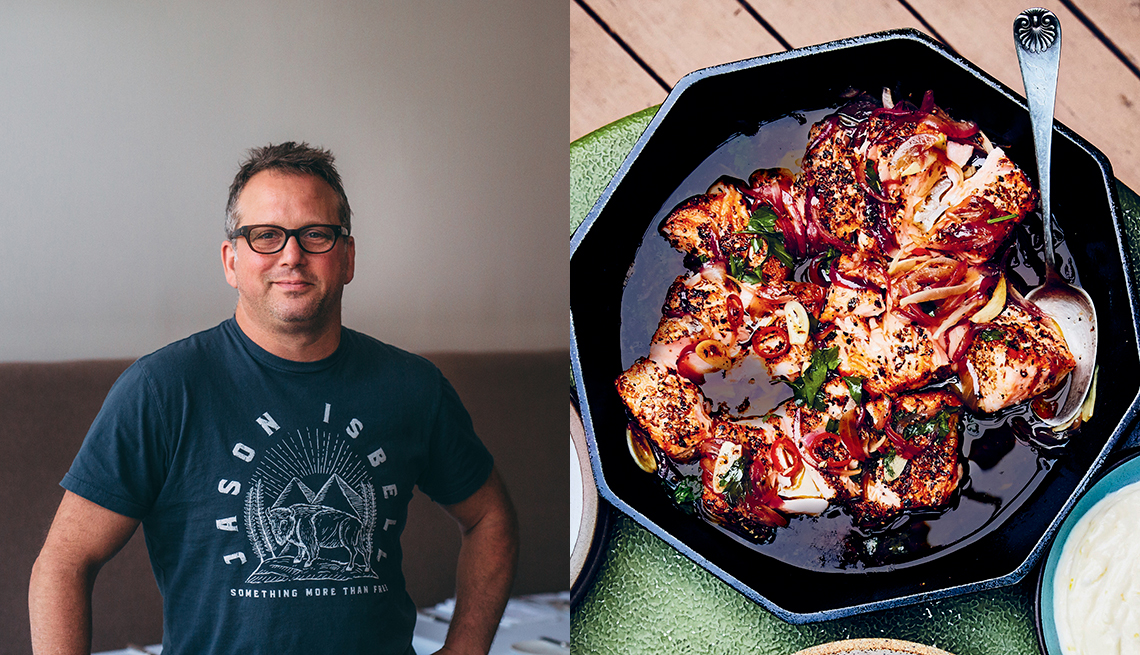 Paul Kahan, 58, is the executive chef and partner of Chicago's One Off Hospitality group, with a slew of well-known restaurants like Avec, Big Star and the Publican. In his recent cookbook, Cooking for Good Times, Kahan focuses on recipes he likes to make for family and friends. One of those dishes is salmon escabeche, which he often puts out for guests to eat while he cooks the rest of the meal.

"This salmon escabeche recipe is fail-proof and always a win,” he says. “I love the whole cooking process for this dish. The smell of the cracked spices perfumes the air, and it fills the house with a really comforting, aromatic smell."

In a small bowl, combine the mayonnaise, lemon zest and juice, garlic and salt. Garnish with pepper. Set aside. Cook the salmon: In a small bowl, combine the cumin, coriander, fennel seed and 1 teaspoon of the salt. Rub the flesh side of the salmon with the spice mixture and let it sit in your refrigerator for 1 hour. Preheat the oven to 300°F. Lightly oil a rimmed baking sheet. Place the salmon on the baking sheet and bake until the fish is tender and just cooked through, 12 to 15 minutes. While the fish is cooking, in a small bowl, combine the onion, chili, oil, vinegar, and the remaining 1 teaspoon salt. Massage the onion with the oil and vinegar until tender. When the fish is finished cooking, pour the onion mixture over it. Let the fish sit for 15 minutes at room temperature or up to overnight in the fridge (and gently warm before serving). To serve, spread slices of bread with a schmear of the mayo and a spoonful of onion-topped salmon, smashed onto the bread. All you're doing here is partially cooking salmon until it's medium-rare, pouring over a vinaigrette — whose acid finishes the “cooking” — and smashing it all on some bread with a schmear of mayo. 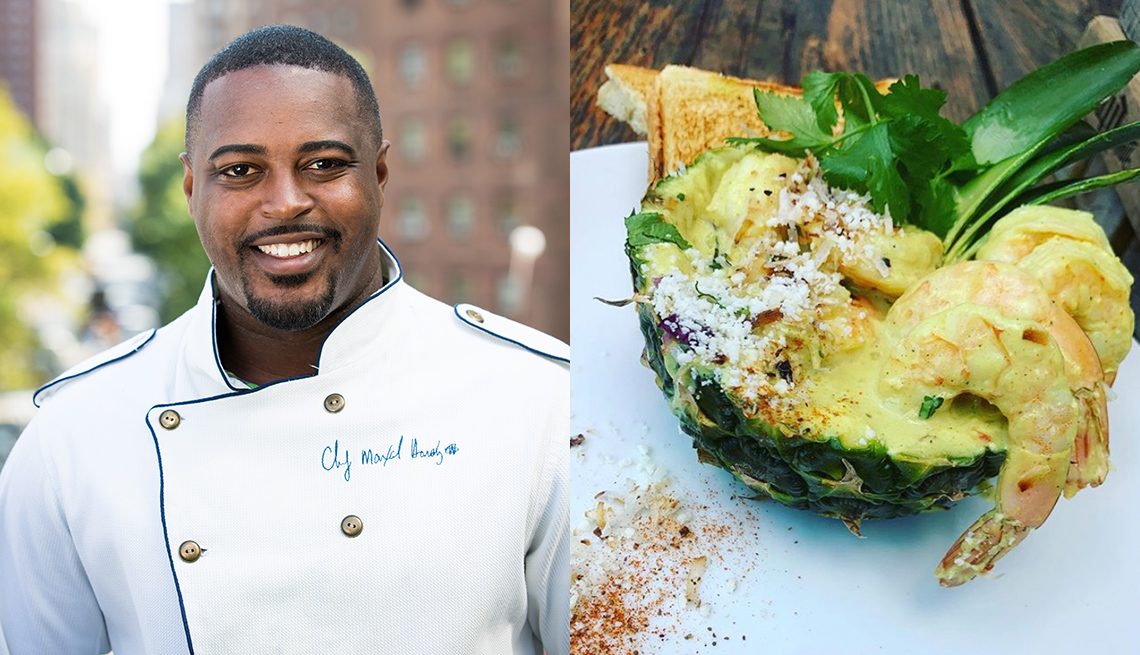 Chef Max Hardy, 37, has a varied background. He served as a full-time personal chef for New York Knicks player Amar'e Stoudemire, mobilized thousands of meals for the New York homeless community, and is currently chef and owner of his own restaurant, the COOP, in Detroit (not to mention appearances on the Food Network's Chopped and Beat Bobby Flay). His days are spent at his bustling Caribbean-fusion restaurant, but in the evening, he likes to kick back with some coconut shrimp curry.

"Cooking at home allows me to detox and unwind,” says Hardy, noting that the dish that reminds him of his mother's Bahamian cooking. “There's something about the prep — being able to use my knife skills and just cook — that's fun and eases my mind."

Season shrimp with half of the curry powder and sauté for 2 minutes in a medium hot pan. Add remaining ingredients, lower to a simmer, and cook for 5 minutes. Serve with cilantro-infused jasmine rice, garnish with Parmesan and radish. 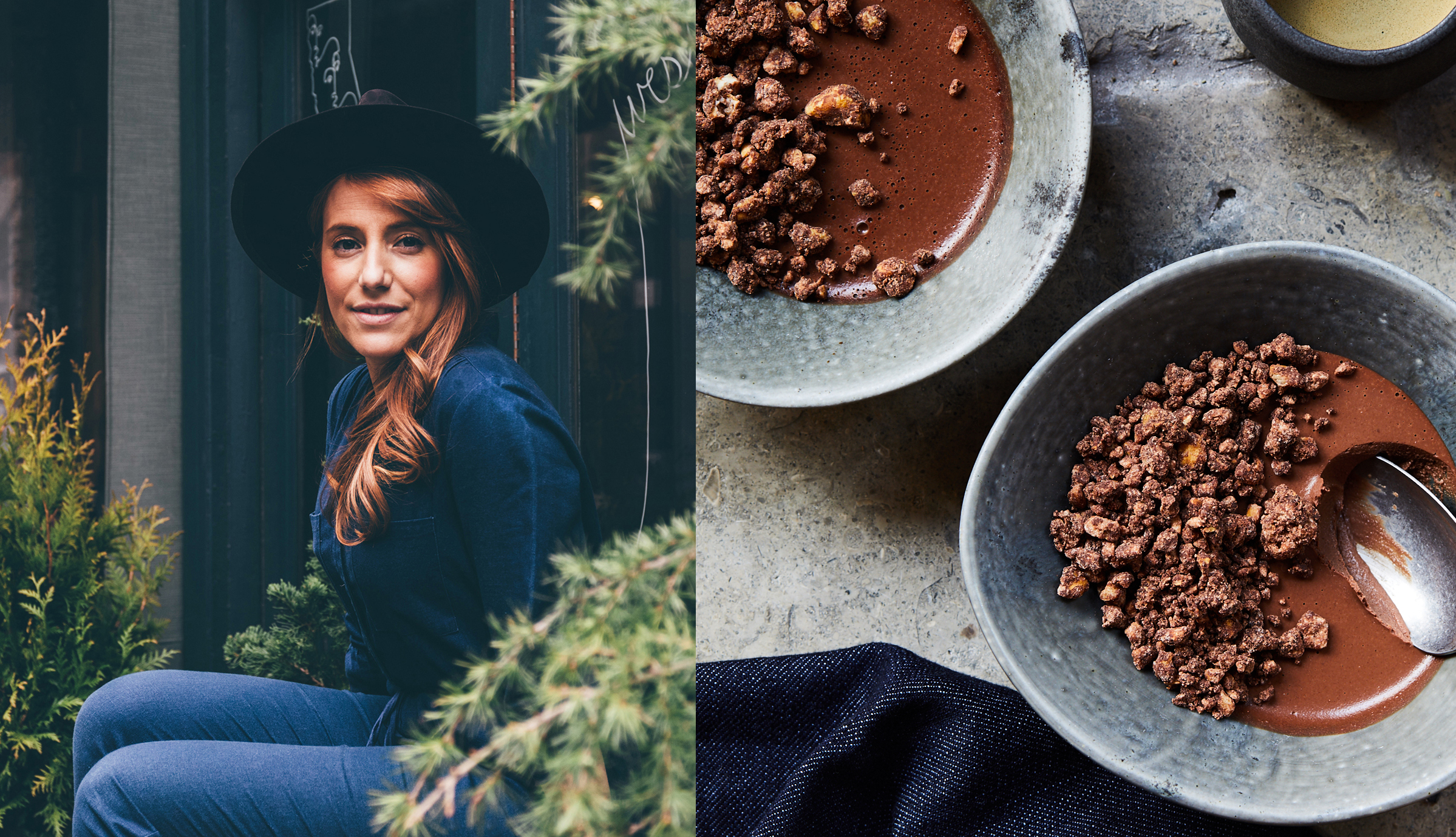 Camilla Marcus, 35, usually spends her days at West-bourne, a California-inspired, zero-waste, philanthropic New York neighborhood restaurant where she is the chef-owner. But with all New York indoor dining currently closed, she's been cochairing two organizations fighting to keep independent restaurants afloat: Relief Opportunities for All Restaurants (ROAR) and the Independent Restaurant Coalition. When she can take a moment to cook in her home kitchen, she turns to a dish that inspires memories: chocolate pudding.

"Like many people across the world, I am missing my family immensely right now,” she says. “Preparing this dessert … I'm instantly brought back to my childhood kitchen."

Marcus puts her own twist on the dish, making it with homemade cashew-date milk. But it's not just the sentimental aspects of the dish that fuel her in the kitchen. It's the physical act of cooking it as well.

"During these trying times, especially, finding solace in working with my hands and beautiful ingredients has been crucial,” she says.

The night before, combine the cashews, pitted dates and water into a container. Refrigerate overnight. The next day, warm up the cashew mixture in a pot, to draw out the flavors and further soften ingredients. In a blender, combine the date mixture with the honey, cinnamon, vanilla and salt. Blend on low, gradually increasing the speed to high. Continue to blend until completely smooth.

Combine milk and dark chocolate in a dry metal bowl and place over a pot of boiling water. Make sure the water is not touching the bottom of the bowl. Allow the chocolate to melt. In the meantime, heat the cashew milk in a pot until it's just about to simmer. When the chocolate has completely melted and is smooth, place the cashew-date milk into a blender and blend on low. Gradually add in the melted chocolate and blend until it is completely incorporated, increasing the speed as needed. Immediately pour the warm mixture into your serving vessels and allow them to set in the fridge until ready to serve.