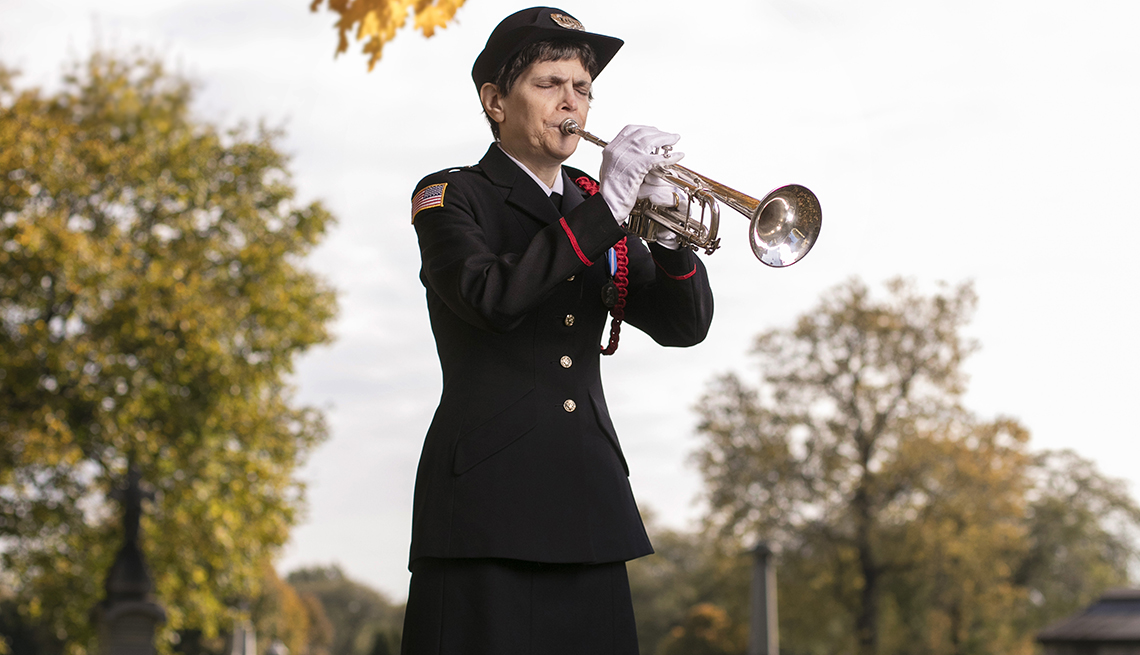 I've played the trumpet since I was 11. After I became a nun, in 1992, I played only at Christmas and Easter, and I missed playing more. Fortunately, about 10 years ago, I heard about Bugles Across America and signed up as a volunteer.

Every veteran has the right to have “Taps” sounded at their funeral, but there aren't enough buglers in the military to go around, so they'll often use a digital player stuck in the horn of a bugle, which is just not the same. What we volunteers do is sound “Taps” during the ceremony.

Saint Benedict calls us to pray and to work — ora et labora. It's through our prayer that we receive the grace to go out and serve. When I play, my prayer comes out of my horn.

As Benedictines, we pray for peace. If we could do anything to end war, we would. But as long as we have war and we have countrymen and countrywomen who are suffering and giving their lives, they deserve something.

Some people think that when they get older, there's nothing they can do to help others. Yet I'm amazed by the volunteers who are in their 80s and 90s who also sound “Taps” at veterans’ funerals. Their willingness to do their part motivates me to keep playing.

— As told to Mark Ray