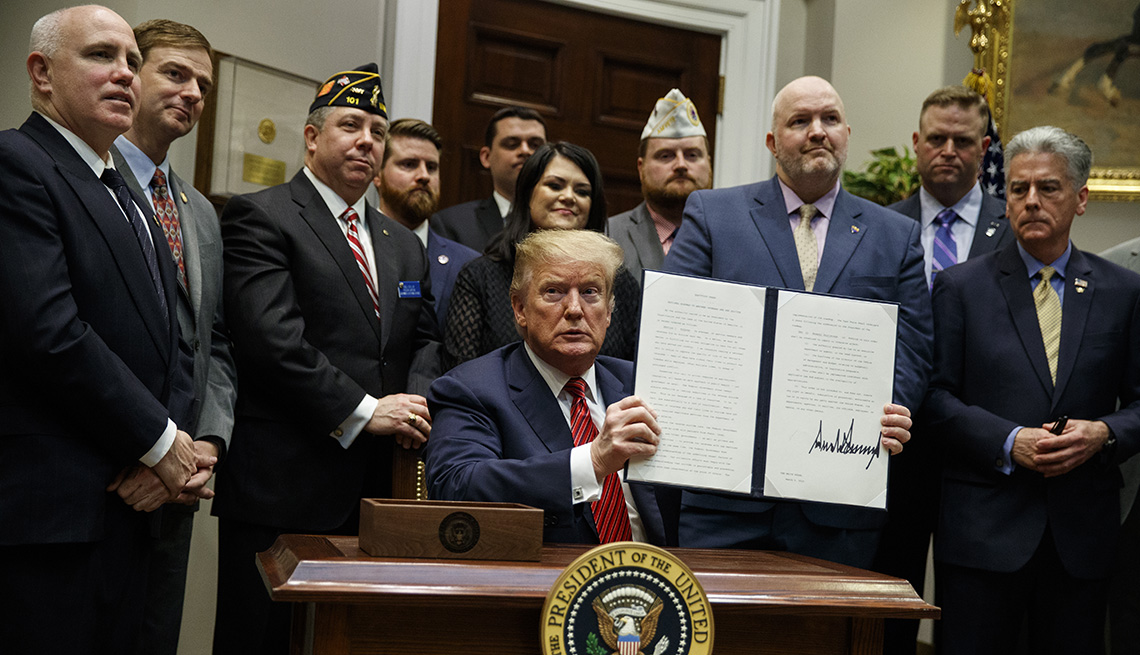 The order creates a Cabinet-level task force that will seek to develop a national road map for suicide prevention, bringing in state and local organizations to raise awareness among the high-risk group. It directs the task force led by Veterans Affairs Secretary Robert Wilkie to complete a plan in 12 months.

"Veterans’ suicide is a tragedy of staggering proportions,” Trump said at a signing ceremony surrounded by military families and veterans organizations. “Today we can help end this crisis."

He said the problem of suicide among veterans can be solved only if the entire country works together to build communities that support and protect veterans from the moment they return to civilian life. “They courageously fulfill their duties to our nation, now we must fulfill our duties to them,” Trump said.

About 20 veterans die by suicide each day, about 1.5 times the rate of people who haven't served in the military. The government says about 7 in 10 veterans who commit suicide had not been under VA care, pointing to a need for improved outreach.

According to the White House, the new task force will look to create a grant system similar to the Housing and Urban Development-VA Supportive Housing program, which provides funding to state and local programs. The effort, dubbed the PREVENTS Initiative, for “President's Roadmap to Empower Veterans and End a National Tragedy of Suicide," will also aim to better coordinate research on suicide prevention across agencies, including Veterans Affairs, Defense and Homeland Security.

The White House did not indicate the expected costs of the proposed grants.

Trump has sought to boost suicide prevention, part of his campaign pledge to improve health care for veterans. Still, the order follows a report by the Government Accountability Office in December that found the VA had left millions of dollars unspent that were available for suicide prevention efforts.

The report said the VA had spent just $57,000 out of $6.2 million available for paid media, such as social-media postings. The VA has blamed the missteps on leadership turmoil at the VA that has since stabilized now that Wilkie is VA secretary.