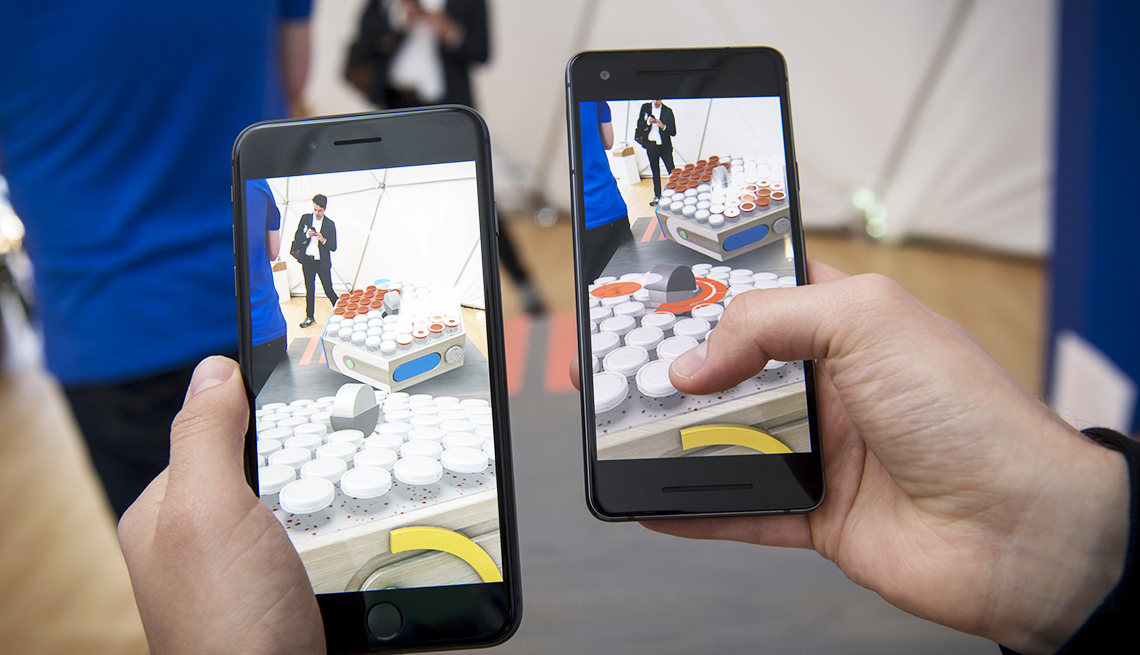 An exhibitor at a technology conference demonstrates an augmented-reality game that can be played between both Apple iPhones operating iOS and a phone using Google’s Android operating system.

En español | Just as computer shoppers must decide from among Windows PCs, Macs and Chromebooks, you've got alternatives when looking for a new smartphone.

Essentially, it boils down to this: iPhone or everything else, which runs on Android.

"The core functionality, though, will be the same regardless of the phone you choose,” says Dan Ackerman, senior managing editor at CNET, one of the most popular online tech resources. “Most phones make calls, browse the web, take photos and so on.”

But although the two camps have many similarities, the two operating systems — Apple's iOS and Google's Android — have different looks, feels and feature sets. Price, screen size and weight also can vary greatly.

Choice is good, but it can also be overwhelming. So how do you know which phone will best suit your needs?

"A good first step is to see what your friends and family have, not just so you can try out a phone to see if you like it,” Ackerman says. “But you may want to stick with the same operating system, as some apps are exclusive.”

The following is a closer (and somewhat subjective) look at the pros and cons of each major platform.

Pluses of iPhones: Ease of use, automatic updates

Of all the phones available, iPhone, which runs Apple's iOS operating system, is the easiest to use. If you're not very tech savvy, look at this first.

"Everything is designed to work together well, as Apple creates both the software and hardware,” Ackerman says. “Many like Apple's ‘walled garden’ approach, which is a more closed and protected platform."

Simply tap an icon to launch an app, what programs are called on cellphones, and swipe left or right on the screen to see additional apps. Swipe down to search for something by keyword. 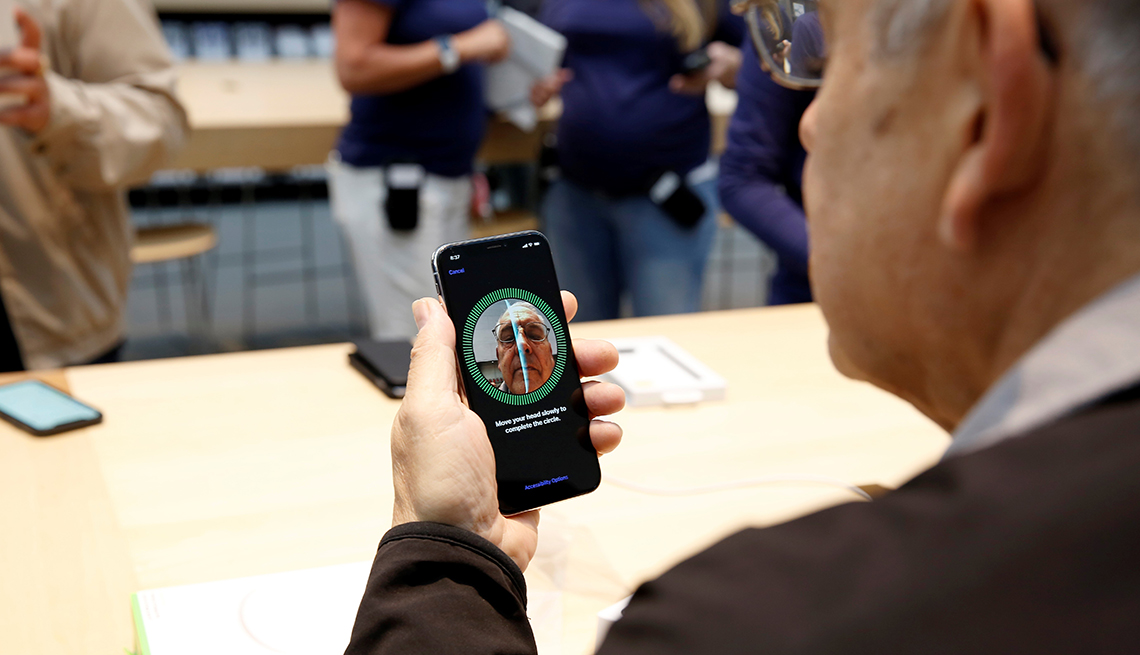 Inside an Apple Store, a man looks at a mirror image of himself on the iPhone X.

To talk to your virtual assistant, Siri, press and hold the side button, or simply say “Hey, Siri,” followed with a question or command.

To securely log you into your phone or to make purchases online or at retail, the front-facing camera uses Face ID to recognize that it's you — and only you. In other words, your face is your password.

iPhone also works with iTunes, which you might be using to manage media on your computer, and iCloud, used to back up your important files and wirelessly synchronize content among multiple devices.

Apple's AirPlay lets you wirelessly stream between supported devices, such as your iPhone sending photos and videos to your Apple TV box, which is connected to your TV. And with AirDrop, you instantly can share photos, videos, documents and more with other nearby Apple devices.

Apple's App Store has more than 2 million downloads, many of which are free or close to it. Almost everything you download for iPhone will work on iPad, too, as it runs on the same operating system.

On that note, if you're already familiar with an iPad or Mac computer, Ackerman says the learning curve will be low for those who go with iPhone.

When Apple releases an iOS update, you'll be notified on your phone, regardless of what carrier you use. As such, almost everyone is on the same, newest version of the operating system, which means a more consistent experience for everyone.

Yes, they're expensive compared with most Android phones but very well built.

Androids come in a variety of brands, prices

While iPhones have only a couple of models to choose from, Android-powered devices come in dozens of brands and models.

Only Apple makes iPhones and iPads, but Google's Android platform is open and freely distributed. That means several companies create phones and tablets based on the world's most popular operating system.

Perhaps you want a large-screen Samsung smartphone with a bundled stylus pen? A Google Pixel phone with amazing cameras? An inexpensive Moto model?

All these brands make Android phones, as do Alcatel, Asus, HTC, Huawei, LG, OnePlus, Sony and others. Heck, even BlackBerry now makes phones built on Android.

Some early models of foldable Android phones, which convert to a tablet when opened, also are available now.

Amazon's Kindle devices are based on Android, too. 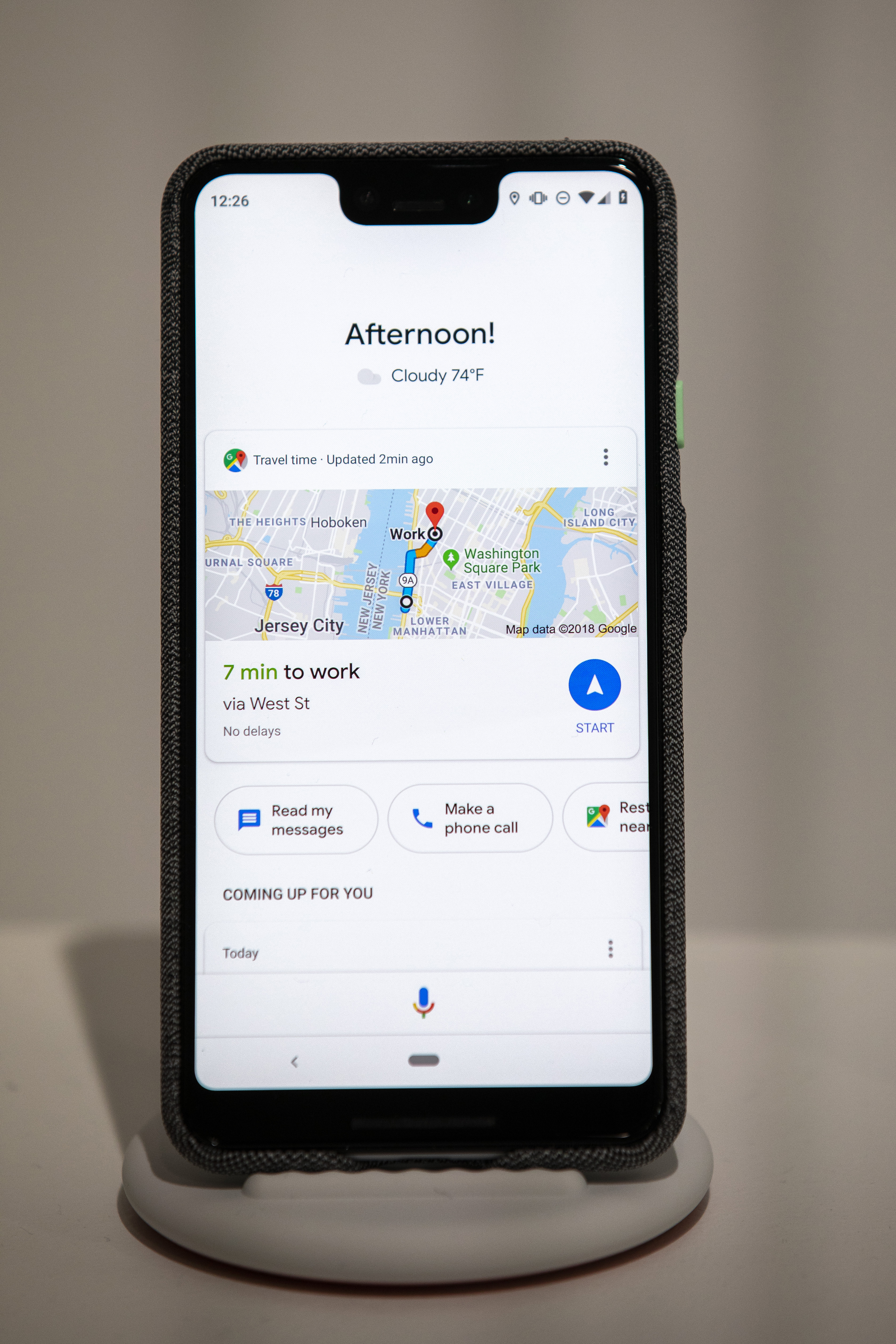 "The point is this: You don't need to spend a lot of money for a great Android phone,” Ackerman says. The highly rated Moto G7 starts at $299. It received 4 stars out of 5 at CNET and earned an Editor's Choice nod.

Because Android is from Google, the mobile operating system is conveniently bundled with Google apps, such as Gmail email; the Chrome web browser; Google Maps for maps, directions and local search; and YouTube videos, to name a few. Like iTunes, Google also lets you download or stream media to your devices, such as ebooks, games, magazines, movies, music and TV shows.

A built-in Google Assistant lets you talk to your phone like a personal assistant ("Hey, Google,” or “OK, Google"). And with your permission it also learns your patterns, such as leaving the home every day at 7:30 a.m. for the gym, and will alert you to traffic on your route and other contextually relevant information.

Android is great for those who like to multitask. You can split your screen into two apps — such as a video playing on top and email open on the bottom — or you might opt for a picture-in-picture option, such as browsing the web but having a TV show playing in a small window.

Also, unlike iPhone and iPad, most Android devices let you expand the storage by popping in a microSD memory card.

The operating system is also ideal for those who like to play around with the phone's interface, layout and app selection.

"If you're a tinkerer, Android phones let you get under the hood and truly customize the experience,” Ackerman says.

At an estimated 2.5 million downloads, the Google Play store has the most apps out of any mobile operating system. But really, that's splitting hairs, because Apple isn't far behind.

You need to be aware of security concerns and be careful where you download apps because you're not limited to the Google Play store. Apple lets you download only from its own App Store.

Android-based tablets come in a range of sizes, prices and models.

Unlike Apple, which controls its operating system update, Android devices are more fragmented in the version of operating system they are running, Ackerman says. Often your carrier dictates the updates.

Marc Saltzman has been a freelance technology journalist for 25 years. His podcast, 'Tech It Out,' aims to break down geek speak into street speak.

Still wondering what's best for you?

If you’re still confused on whether an Android or an iPhone is best for you, consider your level of expertise with electronics: