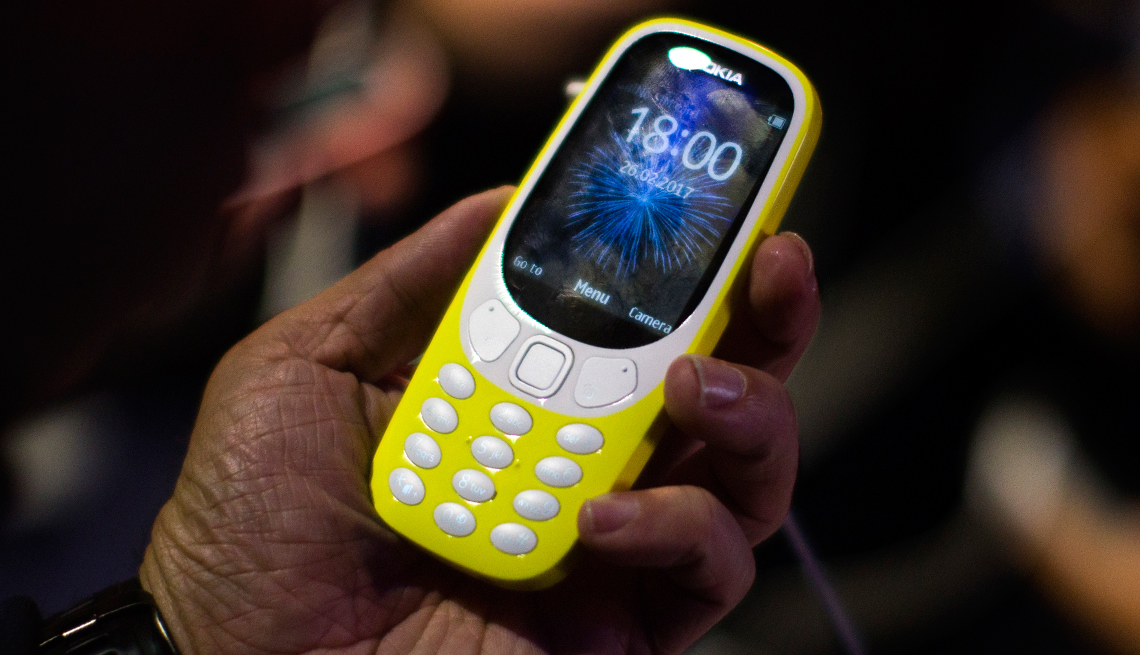 Nokia is rereleasing a version of the classic Finnish old-school phone from 2000.

If you’re a person who misses the days when cellphones were the size of a candy bar, didn’t cost $700 and were used for talking rather than everything else imaginable, you’ll be thrilled to hear that the old Nokia 3310 is making a comeback.

HMD Global, which has licensed the rights to the Nokia brand name, is rereleasing a $50 version of the classic Finnish old-school phone, which first debuted in 2000.

The original 3310 had a funky, low-resolution monochrome screen, and you couldn’t do much with it other than make phone calls and send texts. Even so, the 3310’s durability and battery life made it so popular that Nokia sold $125 million worth of them before it was discontinued in 2005.

The new “reimagined” version of the 3310, which was unveiled at a trade show in Barcelona, looks pretty much like the original except that it comes in multiple colors. It also has the iconic Nokia ringtone as well as an updated version of the classic phone game Snake. It does incorporate a few technological advances that have become staples in this millennium, such as a camera and a 2.4-inch color screen.

While the 3310 has a scaled-down web browser, it lacks the computer-in-your-pocket capabilities of smartphones such as the iPhone 7 or Samsung Galaxy 7. But that’s one of its selling points. Cnet.com reports that the 3310 is envisioned as a “digital detox” phone that will help people to get away from answering emails from the boss over the weekend.