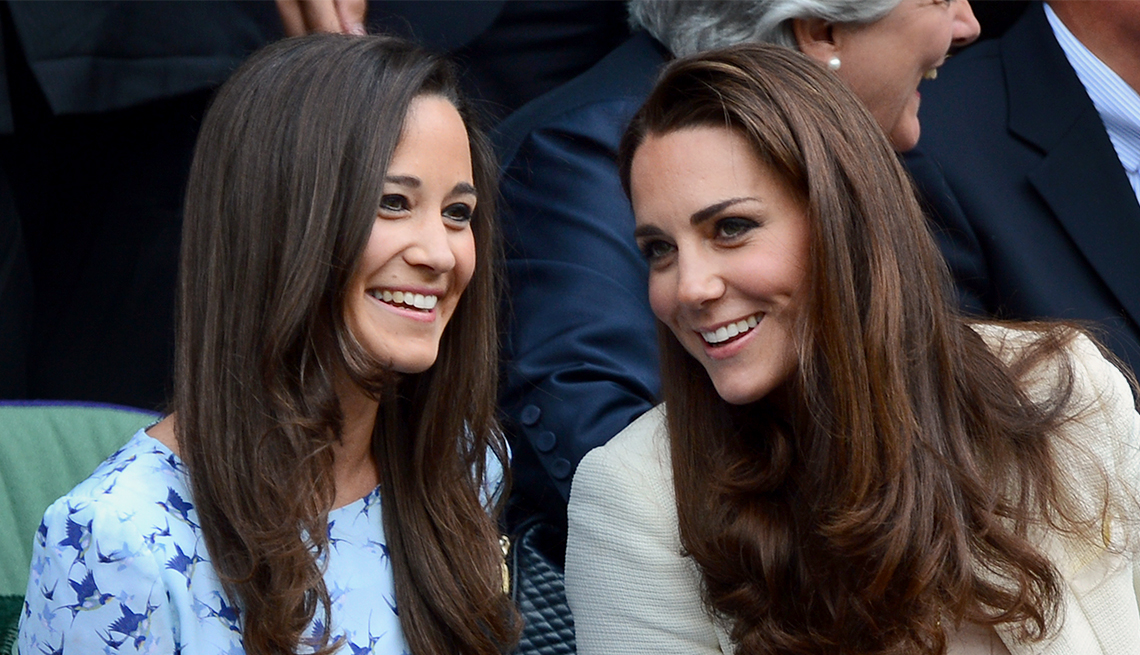 When Pippa Middleton walks down the aisle in a private church ceremony Saturday to marry financier James Matthews, it won’t be her sister, Kate, walking behind her. Although Pippa served as a bridesmaid at the 2011 royal wedding between her sister and Prince William, the Duchess of Cambridge will sit this one out.

But it’s not because the two sisters aren’t close. It’s because, according to British etiquette, the bridesmaid and maid of honor roles are traditionally filled by single women. Kate could serve as matron of honor, but royal expert Judy Wade told People that Kate doesn’t want to upstage her sister.

“Kate would want to be in the background as much as possible,” she said.

And Kate’s family will be well represented, with Princess Charlotte due to serve as flower girl and Prince George as page boy.

Kate’s reluctance to participate is just one sign of how close the two sisters are. Kate said only last weekend how excited she is about her sister’s wedding. Her only worry is how her children will behave. Therefore, in light of the upcoming nuptials, we decided to take a look at five seriously incredible facts about the sisterly bond. Feel free to share with your own sister.

Having a sister can be good for your mental health.

A study of 395 families by Brigham Young University researchers found that having a sister protected adolescents from feeling lonely, guilty, unloved, fearful and self-conscious. And it didn’t matter if the sister was older or younger or how far apart the sisters were in age. The study also showed that having a strong relationship with a sister prompted one to be kinder to others – even more so than a strong relationship with a parent.

“Even after you account for parents’ influence, siblings do matter in unique ways,” said lead author Laura Padilla-Walker. “They give kids something that parents don’t.”

Having a sister (or brother) can be good for your physical health.

A University of Michigan study found that children who became a big brother or sister before first grade were less likely to be obese. Children the same age who didn’t have a sibling were nearly three times as likely to be obese by first grade. The study didn’t offer a reason for the disparity, but it could be because children tend to engage in more active play once a younger sibling is born.

Having a sister can help mitigate stress during troubled times.

Studies find that, when one is faced with tragedy or some kind of negative life event, having a sibling can help alleviate the stress. Indeed, a warm sibling relationship can even act as a “protective factor” when life becomes challenging. This is particularly true when the stress is coming from within the family, such as when a divorce occurs.

Having a sister can make you happier and more optimistic – but the same is not necessarily true for having a brother.

A British study of 571 young adults found that sisters appear to encourage more open communication and cohesiveness within families. However, brothers can have the opposite effect. The findings showed that girls with sisters tended to be more optimistic, independent and emotionally balanced. Boys also benefited from having sisters. The lowest scores when it came to happiness were among boys with only brothers.

Having a sister can make you more successful in your career.

That same study found that those with sisters tended to be more ambitious and more likely to work harder to achieve their goals. And regarding birth order, firstborn girls were more likely to have the edge when it came to career success. The reason? Firstborn children, in general, may get more attention from parents. Moms and dads also may expect more from them.

Whether you believe that or not, we can all agree that sisters AND brothers are pretty terrific.