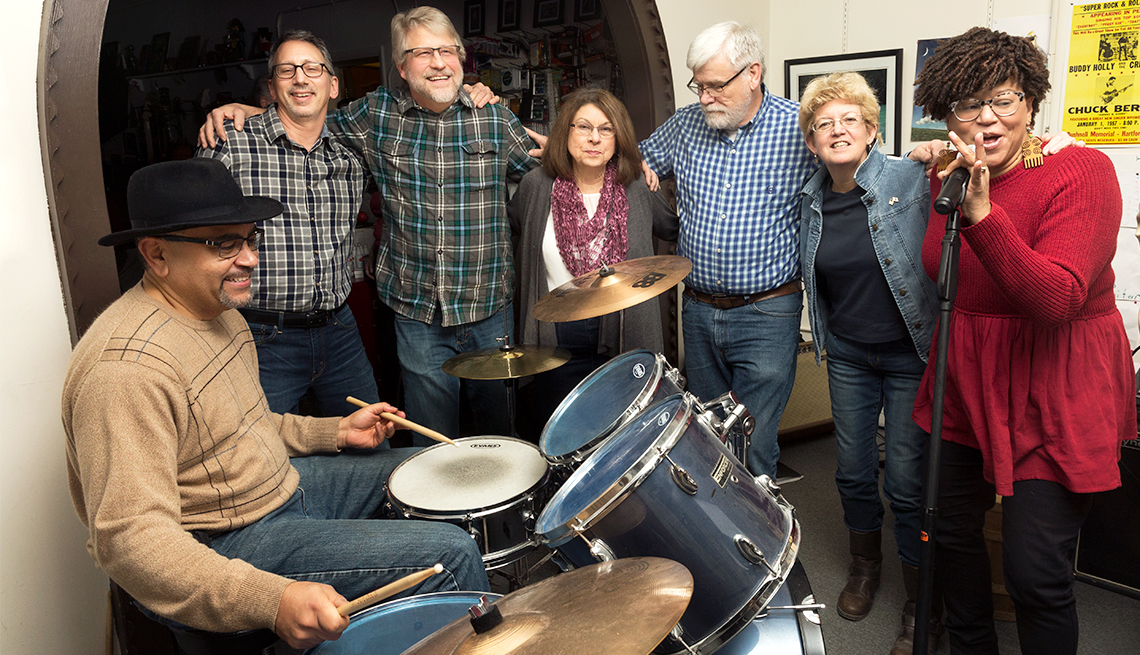 Tired of tryouts, interviews and auditions? A performance or community group that welcomes all comers might be just the pick-me-up you need! People around the country are enjoying new experiences with volunteer outfits that open their arms to all. Here are their stories. 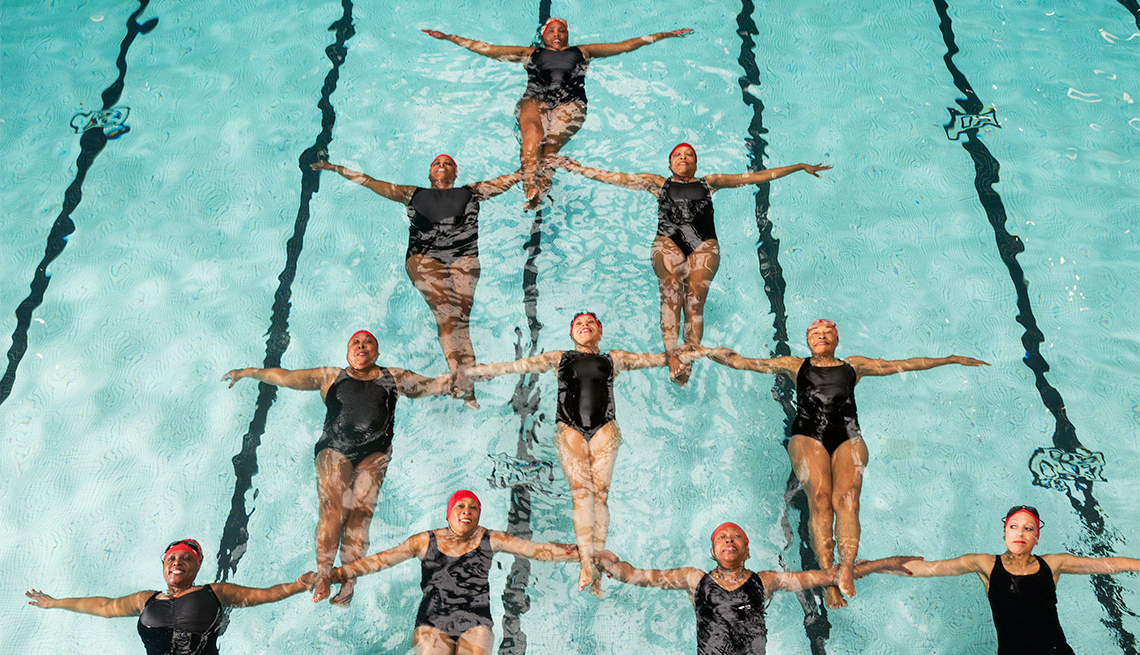 “You’re using your body in a wonderful way” - Valerie Link

No tryouts are required to join the Aquadettes, a synchronized-swimming team directed by Valerie Link in California. “We want to make sure you know how to swim, of course,” says Link. “But then we teach you everything else.” Thanks to its revolving membership, the group has been swimming strong for 52 years now.

Though Coach Link has advanced osteoporosis, the perseverance of  other “girls” in the troupe—notably Nancy King, at 86 the oldest active performer—inspires her to keep at it. Plus, she says, “I truly believe the water is healing.”

“We never cut a team member,” says Link, “and most of the girls have never done synchronized swimming before. They start out saying, ‘I don’t want to be seen in a bathing suit,’ but then it hits them: ‘Oh, for heaven’s sake—I’m too old to worry about that anymore!’” 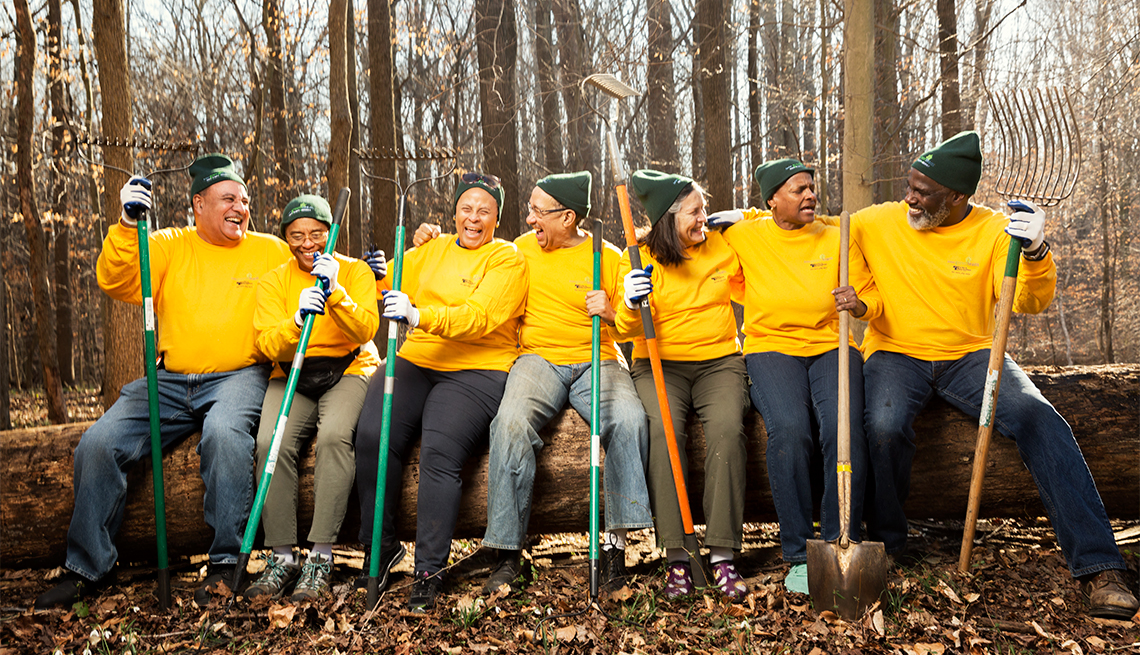 “My job was getting in the way of my life,” says Fletcher James, 58 of Upper Marlboro, Maryland. Soon after retiring, he and his wife, Pat, joined a bunch of low-key eco-activists sprucing up local parks. The 25-member Senior Green Team gets together monthly to “do everything from picking up trash to planting perennials,” says Fletcher. “Our motto is ‘Plant it, pick it, or preserve it.’”

Fletcher was drawn to the Green Team by his love of the outdoors, the “opportunity to interact with other seniors doing something we enjoy,” and his passion for gardening: “I’m looking forward to planting some native plants this year that will attract butterflies and bees.”

And who knew community service could be a workout in disguise? “It’s a chance to burn a few more calories,” says the tennis nut. “The people are high-energy, so it’s a fun mix.” 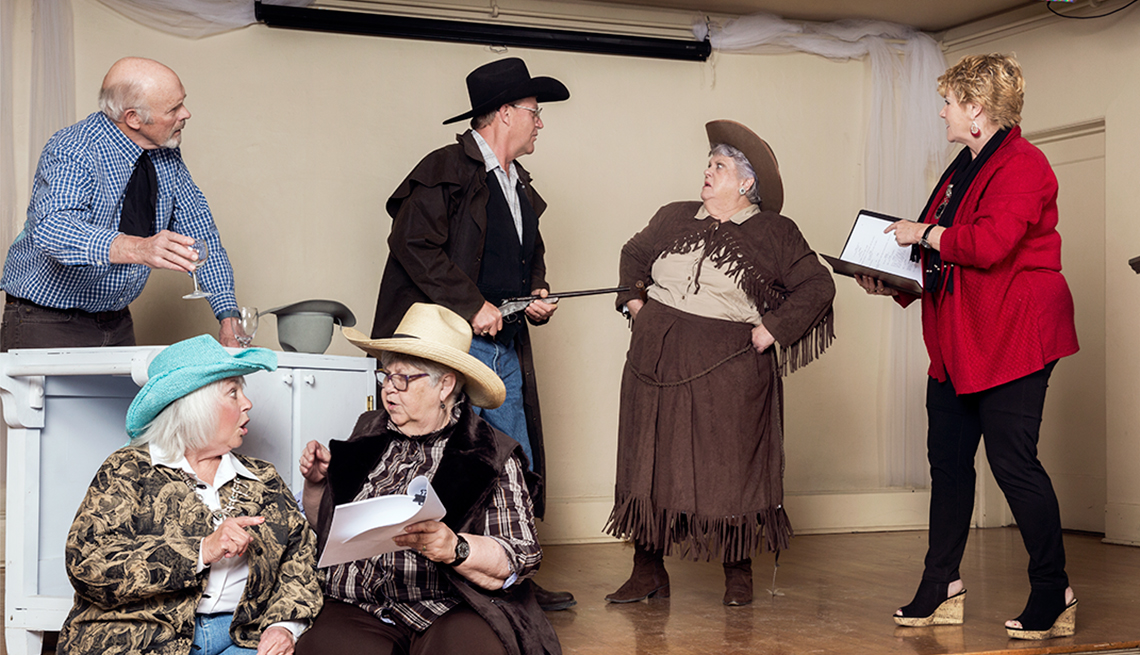 Retired forester Ron Olsen was moving stage props into a theater in Laramie, Wyoming, in 2009 when a voice rang out from the stage: “Come up here and read some lines,” It was Susan McGraw, director of Laramie’s 40-member senior-theater group, The Unexpected Company.

“I can’t do that,” the self-professed “introverted person” protested. “I’m too shy.”

Today, 10 or 12 successful—and Unexpected—stage roles later, Olsen recalls how McGraw “talked me into it. I read the part just for the fun of it—and they cast me in two parts!”

“Senior Theatre is one of the fastest-growing performing arts in the country, says Bonnie Vorenberg of Oregon’s Senior Theater Resource Center. “The number of companies has grown from 79 in 1997 to 791 in 2016.”

Eight years on, Olsen is grateful for the group’s embrace: “It was nerve-racking at first to perform in front of people, but I feel much more comfortable now. I became an actor, you might say.” 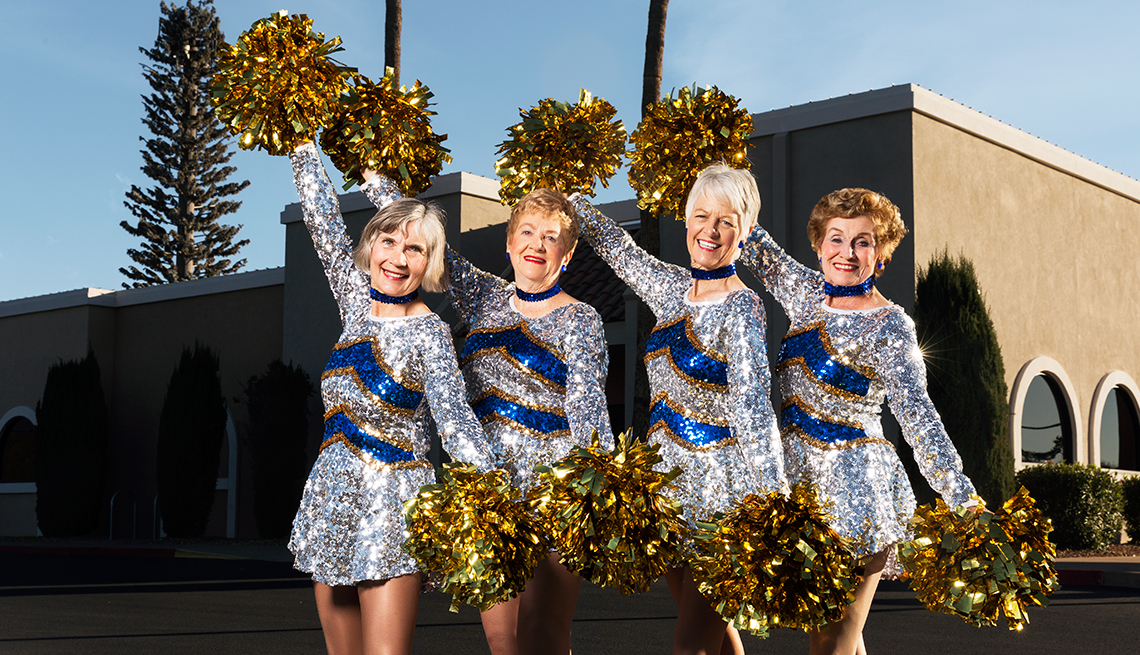 “No auditions,” says Greta Paulsen, 68, director of the Sun City Poms dance troupe in Phoenix, Arizona. “Anyone can join us.”

That doesn’t no standards, though: “You have to know your left foot from your right,” says Paulsen. “You have to understand rhythm. And we wait until you’ve learned a couple of routines to let you perform.”

Those performances take place everywhere from high-school auditoriums to the three-mile marching route of the Fiesta Bowl Parade. And they keep the Poms hopping: Four practice sessions per week, are required to prepare for their 29 performances from October to February alone.

“I didn’t date much in high school,” says another Pom, Ruth Pharris, 70, “so I didn’t go to any dances.” But once a neighbor persuaded Pharris to join the group, she knew the sparkly life was for her: “I’ve become the go-to person for teaching new dances. Seven years ago, I would have been the mouse in the corner, waiting to be told what to do. Now I find it hard to keep my mouth shut at practices.”