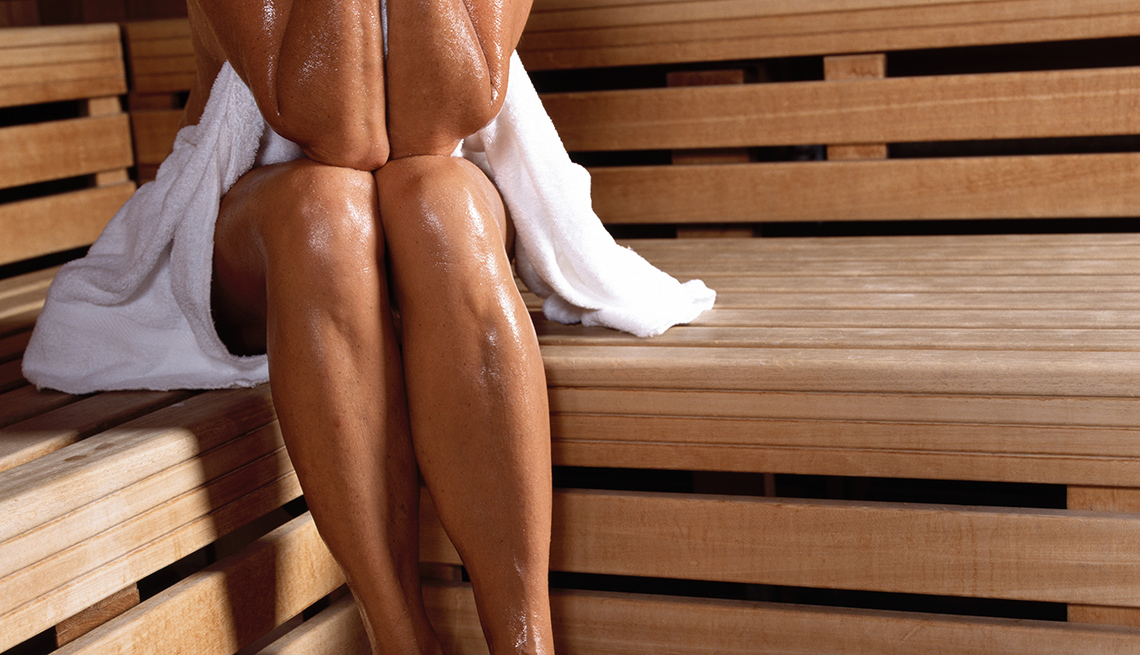 “This long-term follow-up study shows that middle-aged to elderly men and women who take frequent sauna baths have a substantially reduced risk of new-onset stroke,” a study's researchers concluded.

Taking three sauna baths a week can significantly reduce the risk of stroke, and four to seven such baths are even better, a 15-year Finnish study suggests.

“This long-term follow-up study shows that middle-aged to elderly men and women who take frequent sauna baths have a substantially reduced risk of new-onset stroke,” a team of researchers concluded in a summary of the findings published in the medical journal Neurology.

For nearly 15 years the researchers tracked 1,628 adults age 53 to 74 who were free of stroke at the start. Some 155 “stroke events” occurred during that time. Subjects who took traditional Finnish sauna baths two to three times a week were 12 percent less likely to have a stroke, and those who took them four to seven times a week reduced their risk by 62 percent, the study found.

“The association between frequency of sauna bathing and risk of stroke was not modified by age, sex or other clinical characteristics,” the researchers reported.

The study did not show a direct cause-and-effect relationship between saunas and stroke prevention, but the researchers suspect a link.

“Temperature increases, even of 1 or 2 degrees Celsius, can limit inflammatory processes in the body and reduce arterial stiffness,” the senior study author, Jari A. Laukkanen, M.D., professor of medicine at the University of Eastern Finland, told the New York Times. “It’s possible that steam rooms or hot tubs could produce similar results.”