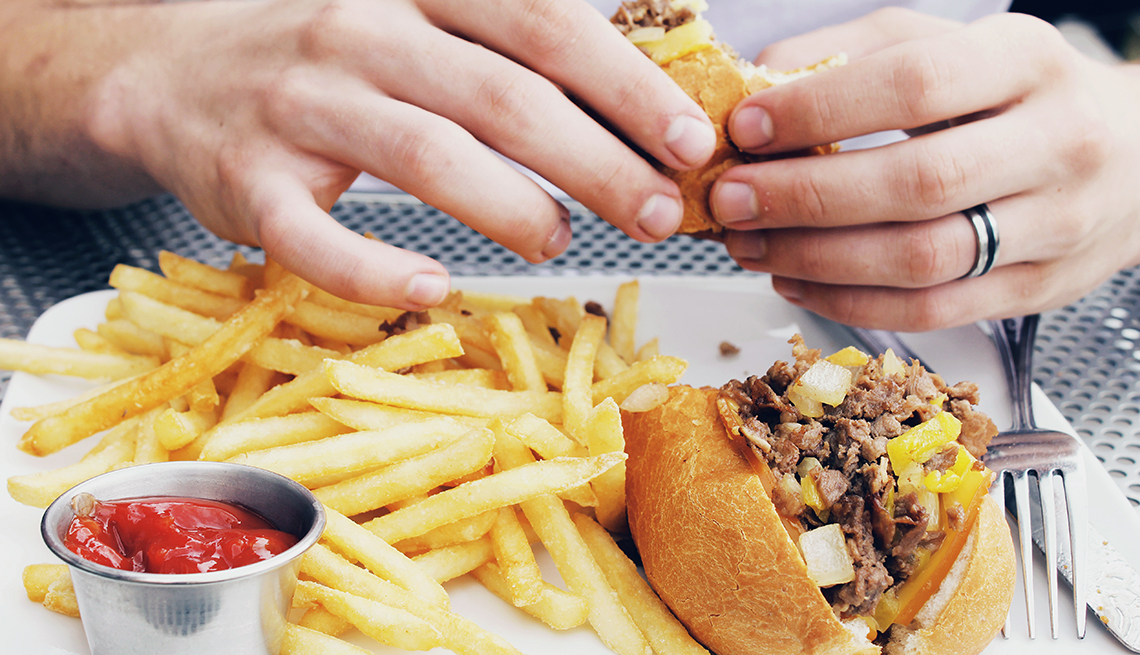 Want to know if there’s too much sodium in your Classic Breakfast Crepes at IHOP? If you’re in Philadelphia, you may soon find out. A city council measure was introduced last week that would require chain restaurants to post a warning icon next to items that have more than the recommended limit of 2,300 mg per day. (The crepes have 2,400 mg, in case you're wondering.)

The suggested limit is equivalent to about one teaspoon of table salt (sodium makes up 40 percent of salt). It may sound like plenty, but the average daily intake for Americans is more than 3,400 mg — most from packaged and restaurant food, according to the Centers for Disease Control.

In Philly, more than one out of three (38.2 percent) adults have been diagnosed with hypertension, according to a 2016 community health assessment (the city’s most recent), though the rate jumps to almost one in two for African American residents.

Dietary guidelines recommend that someone with prehypertension or hypertension should have no more than 1,500 mg of sodium a day.

Restaurant food is a huge culprit in Americans' high sodium intake, says Jim O’Hara, director of health promotion policy at the Center for Science in the Public Interest, which issues “Salt Assault” reports on some of the more egregiously salty chain restaurant items. A Chipotle burrito, for instance, has about 2,700 mg of sodium, and a typical entree at Chili’s is loaded with 3,140 mg of sodium, according to CSPI.

“It’s clear that there’s excess sodium across the board,” says O’Hara, who adds that sodium warnings on menus allow consumers to make informed choices, while encouraging the restaurants to lower their salt content below the warning levels.

If the rule is approved, Philadelphia will become only the second major city in the U.S., after New York, to require such warnings.