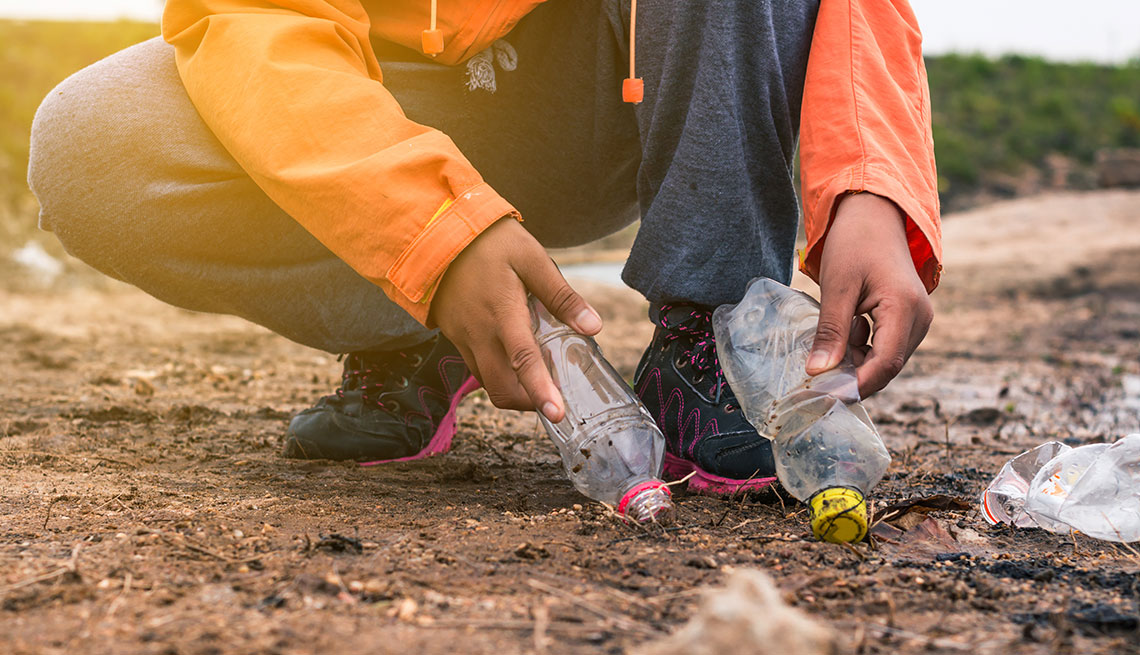 Many fitness buffs also are helping the environment by cleaning up litter during their workouts.

If you've been on a stroll or run lately and seen random people in running gear picking up litter, you've witnessed “plogging,” a new fitness craze out of Sweden that is spreading around the U.S. and trending online.

The term is a mixture of jogging and the Swedish word plocka upp, which means pick up, according to the Washington Post. The trend began gaining steam in Europe and now U.S. exercisers are jumping on board, with plogging groups popping up around the country.  And it turns out that it’s not only good for the environment, it also can help your health since it is basically like doing squats while jogging.

A Swedish-based fitness app called Lifesum offers a system for users to track their plogging activity and claims that a half-hour of jogging combined with picking up trash will burn 288 calories on average, as compared to the 235 calories burned by jogging alone.

Plogger Emily Wright told the Post that she has noticed a difference in her body since she began the routine. “My pants fit differently. I’m more nipped in at the waist. I think it's because of balance and flexibility.”

Wright admits that picking up the trash — in particular dirty diapers — is not always pleasant, but she realizes it's important to do so for the environment. “I’m not going to just walk past that plastic bottle. It’s not that I don’t think it’s gross to pick it up … but I also think it’s gross for a person to not take responsibility for it.”

Even celebrities have gotten in on the act. Author and humorist David Sedaris reportedly combines picking up litter with exercise and takes up to 60,000 steps a day in pursuit of local trash near his home in a suburb of London.

The key to successful plogging seems to be to take gloves and sturdy trash bags with you, and to be prepared for some not-so-pleasant smells. And for those older exercisers who may prefer the slower pace of walking — may we suggest "plalking"?