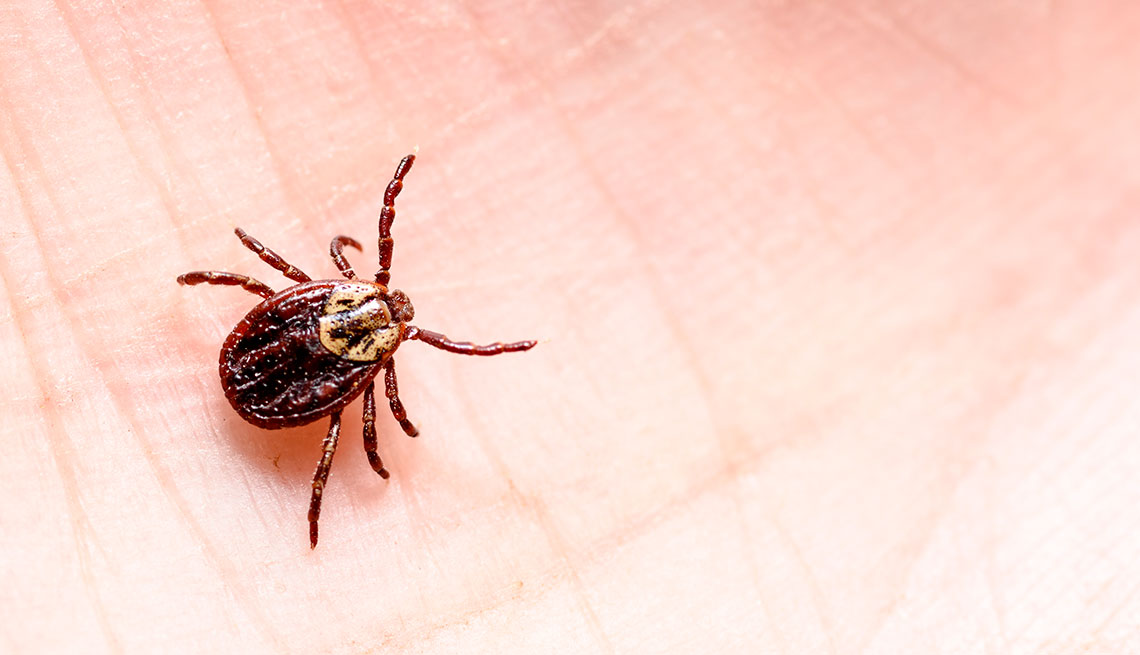 Protect yourself from insect bites that could lead to serious illness.

Worried it might be a bad season for ticks (or mosquitoes or fleas) in your neck of the woods? Stay concerned. Diseases from these three pests have tripled in the U.S., the Centers for Disease Control and Prevention (CDC) announced today, amounting to 640,000 illnesses between 2004 and 2016.

What’s more, nine new germs spread by mosquitoes and ticks were discovered or introduced into the United States during the 12-year span, the years covered in the CDC’s report.

Calling the illnesses tracked “widespread and difficult to control,” the agency argued for greater investment to help local health departments battle both the diseases and the insects (or arachnids) carrying them. Reducing transmission in local communities could include methods such as spraying to kill the bugs or even developing a new vaccine against one or more of the diseases they carry.

“Zika, West Nile, Lyme and chikungunya — a growing list of diseases caused by the bite of an infected mosquito, tick or flea — have confronted the U.S. in recent years, making a lot of people sick. And we don’t know what will threaten Americans next,” cautioned CDC Director Robert R. Redfield, M.D., when releasing the report.

Tick-borne disease, the agency's press information pointed out, accounted for more than 60 percent of the total number of cases recorded, followed by disease caused by mosquitoes.

“The data show that we’re seeing a steady increase and spread of tick-borne diseases and an accelerating trend of mosquito-borne diseases introduced from other parts of the world,” said Lyle Petersen, M.D., director of the Division of Vector-Borne Diseases in the CDC’s National Center for Emerging and Zoonotic Infectious Diseases. In 2016, the most common tick-borne diseases in the U.S. were Lyme disease, ehrlichiosis and anaplasmosis. Tick-borne diseases predominated in the eastern continental United States and areas along the Pacific coast. According to the agency's annual surveillance data, Lyme disease consistently peaks in two age groups: those ages 5 to 9 and those ages 50 to 55 years, with the older group showing the biggest increase.

The most common mosquito-borne viruses, according to the report, were West Nile, dengue and Zika. Mosquito-borne dengue, chikungunya and Zika viruses were almost exclusively transmitted in Puerto Rico, American Samoa and the U.S. Virgin Islands. West Nile was widely distributed in the continental United States, and older people are at higher risk for developing severe forms of the virus.

Though rare (at no more than 17 cases a year), plague was the most common disease resulting from the bite of an infected flea and it was found mostly in the rural Southwest.

The agency said that greater investment could help state agencies and their partners fight the spread of the bugs and their germs, and better track related illnesses and their spread.

It also offered tips for protecting yourself: