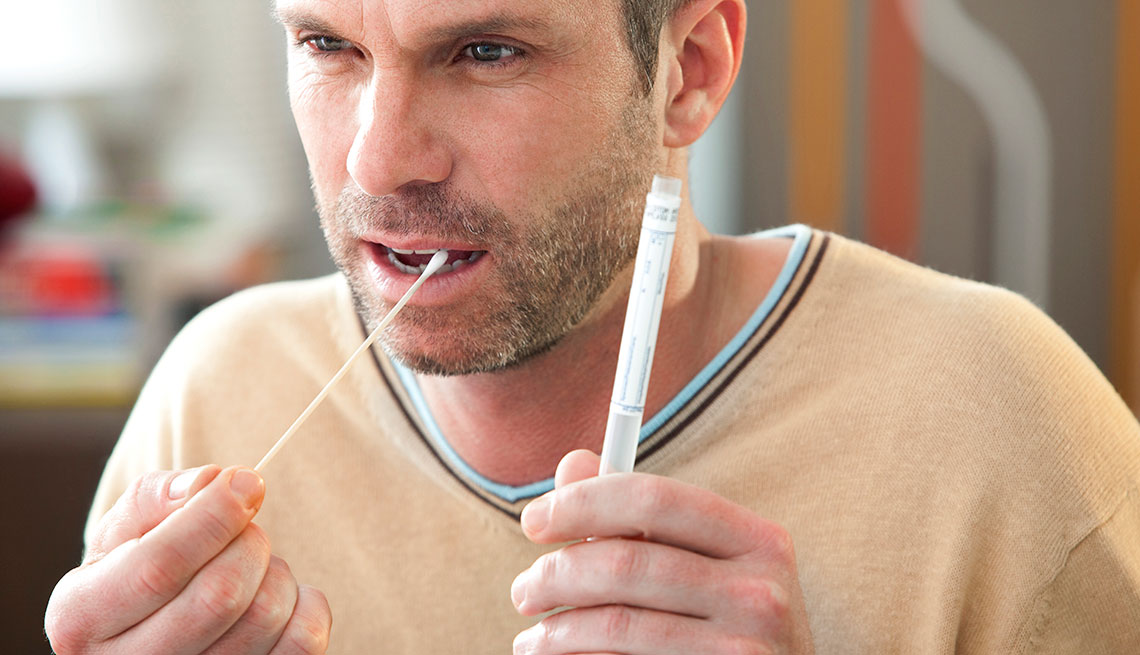 For genetic health testing, you submit a saliva sample to the lab after using an at-home kit for DNA processing and then receive an online personalized report on your risks for a variety of health issues.

Testing your risk for certain cancers has just gotten a bit easier. The Food and Drug Administration (FDA) has authorized the personal genetics company 23andMe to offer consumers the first-ever opportunity to get screened for cancer risk without a prescription; specifically, the screening checks for the three mutations in the BRCA1 and BRCA2 genes, which are associated with an increased risk for breast, ovarian and prostate cancer.

The company made BRCA testing available to the public in 2010 but halted it in 2013 due to FDA concerns. After working with the agency to ensure that the tests were safe and effective — with clear information about test limitations and the addition of education modules and detailed FAQs — 23andMe received approval to provide the service. “It definitely represents just another big step forward for consumer access to health information,” says Shirley Wu, 23andMe’s director of product science, noting that there was high consumer demand.

Consumers can opt in to be tested using the company’s Health and Ancestry product ($199). The process is simple: Using the at-home kit for DNA processing, you submit a saliva sample to 23andMe's lab; then your genetic data are analyzed, and, within several weeks, you'll receive an online personalized report on your ancestral background and risks for a variety of health issues.

The question of whether consumers are able to adequately process and understand potentially serious health news received at home without a doctor or genetic counselor present is an ongoing conversation within the medical community. Wu sees only an upside to more accessible health care data. “Whether ‘regular people’ can handle information about themselves has been debated throughout history,” she says. “We have always seen over time that people can handle the information about themselves and their health, and it is very important for them to be engaged with that information and empowered by it.”

While the majority of cancers are not hereditary, inherited cancer risks have a familial component. If you test positive for one of the three genetic variants in the BRCA1 and BRCA 2 genes, with a risk of breast or ovarian cancer, you can then provide actionable information to other family members early. “The benefits of broader access to BRCA testing is also what is called the cascade effect, or the potential to catch additional people who would have never been screened,” says Wu.

That includes men, who are often overlooked. “[Men] may not be aware of a family history because, as a man, you don’t necessarily think about how your mom having breast cancer might affect you or your children,” says Wu. “But because BRCA is passed down, if a man has one of these variants, then they may pass it down to one of their daughters. Men can play an important role both in understanding their own health risks as well as the potential impact and actionable information for the rest of their family.”

The additional report will be available to consumers in coming weeks.